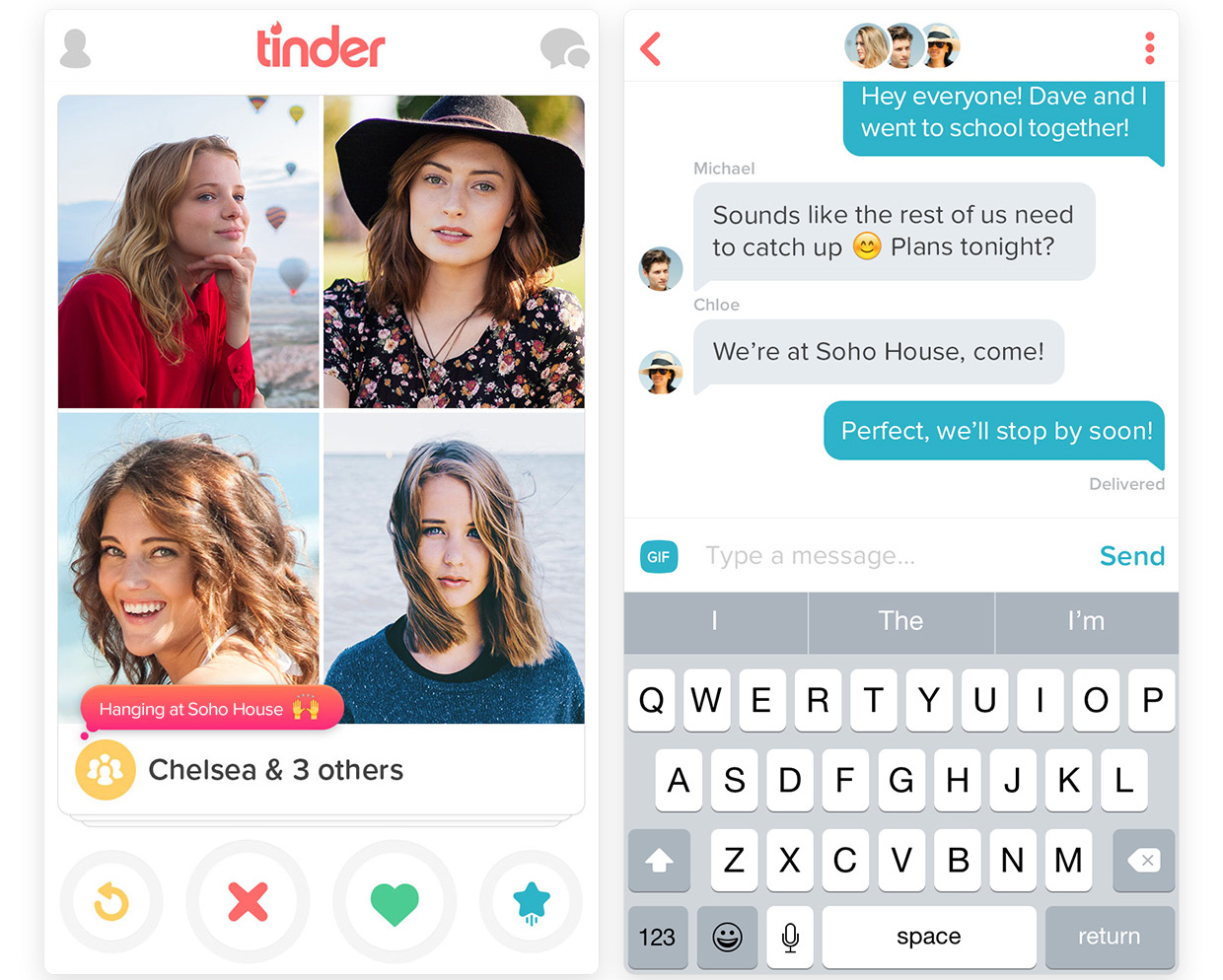 After years of hints & speculation, Tinder has just launched its first social product.

Yesterday, the Hollywood dating app announced it was releasing Tinder Social, a new product that lets users form social groups with other friends that use the app, then connect with nearby and likeminded groups.

Tinder is pitching the idea as a “better way to go out with friends”.

After you’ve created your group, you simply swipe through other groups of friends that are also using Tinder Social, and match with them, if they also like you back.

When you connect, you can then all message in a group chat, or see their status to “find out what they’re up to and where everyone’s headed”.

The feature is currently being tested with a “small group” of users in Australia – Tinder’s go-to test market – the company said in a blog post.

Explaining the idea behind the product, Tinder said: “What takes an average night out with your friends to the next level? Meeting great groups of new people, and turning a basic night out into a night you’ll never forget. But, these moments are rare.

“Too often, your nights with friends consist of not knowing what to do, and figuring out where other interesting people you want to meet are going. But what if you can see who’s going out and where they’re going, before you and your friends decide where to go? What if you could break the ice and get introduced to them before you arrive?”

Tinder has often made hints about its plans to enter into the world of social, seeing itself as a platform that helps to connect people for all different types of purposes.

And its first major step outside of dating – not including helping to build Forbes’ networking app – is an interesting one, in that although it is billed as a social feature, it will, for the foreseeable future, be used by groups of people that are on Tinder because they are single, therefore essentially making it a group dating feature – but importantly free of a “group dating” label that might put some people off.

Pitching it as a “night out” feature is also a savvy move – giving it an element of fun that wouldn’t be present for a more straight-forward friend-finding social feature, and something that is more likely to appeal to users looking to shake up nights out, without the pressure of meeting someone from Tinder one-on-one.

Tinder said the product was being tested in Australia for now, but that it plans to launch the feature globally soon.

Find out more about the feature here.