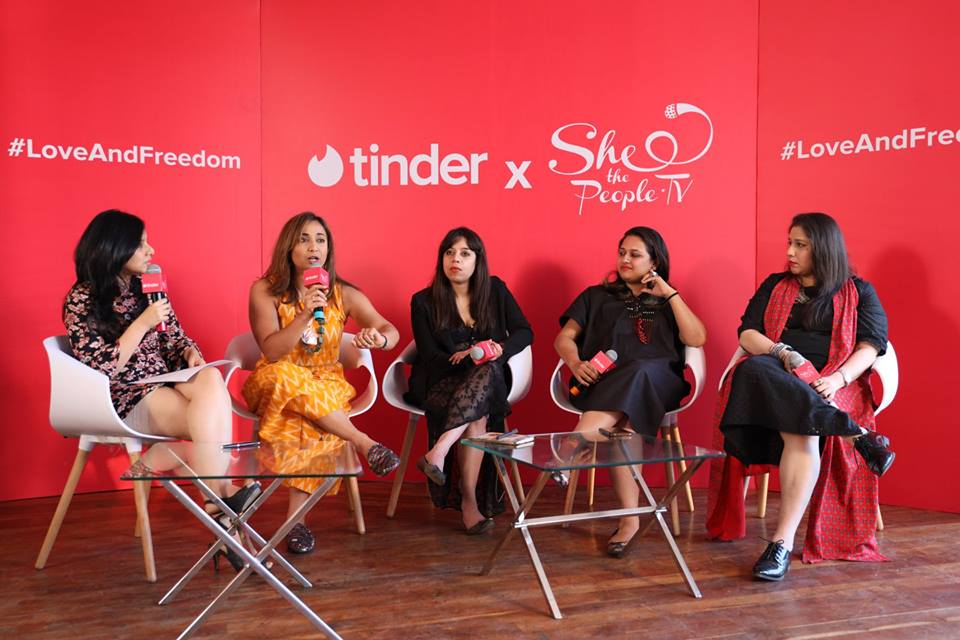 Tinder teamed up with She the People.TV, a female-focused media company in India, to host a ‘Love And Freedom’ event last week.

It brought together women from all walks of life to discuss various topics such as love, technology and female agency.

Author Priya Alika Elias discussed the different experiences she had using Tinder in India compared to the United States. She told the crowd: “I got on Tinder when I was in the U.S. and it was very much a normal part of life.

“People weren’t ashamed to say that ‘Oh we met on Tinder,’ instead of making up elaborate stories about it. But it is different in India because online dating is still relatively new, so a fatigue hasn’t set in.”

A full playlist of videos from the day can be found on the She the People.TV Facebook page.

Tinder has put significant emphasis on female empowerment in its India messaging. Last year, it introduced a Bumble-style feature called My Move, which allowed women to choose whether they wanted to send the first message to a match.

CEO Elie Seidman recently spent some time visiting different APAC markets. During one interview with Indian television, he hinted at a possible relationship mode that would target users who were looking to settle down.