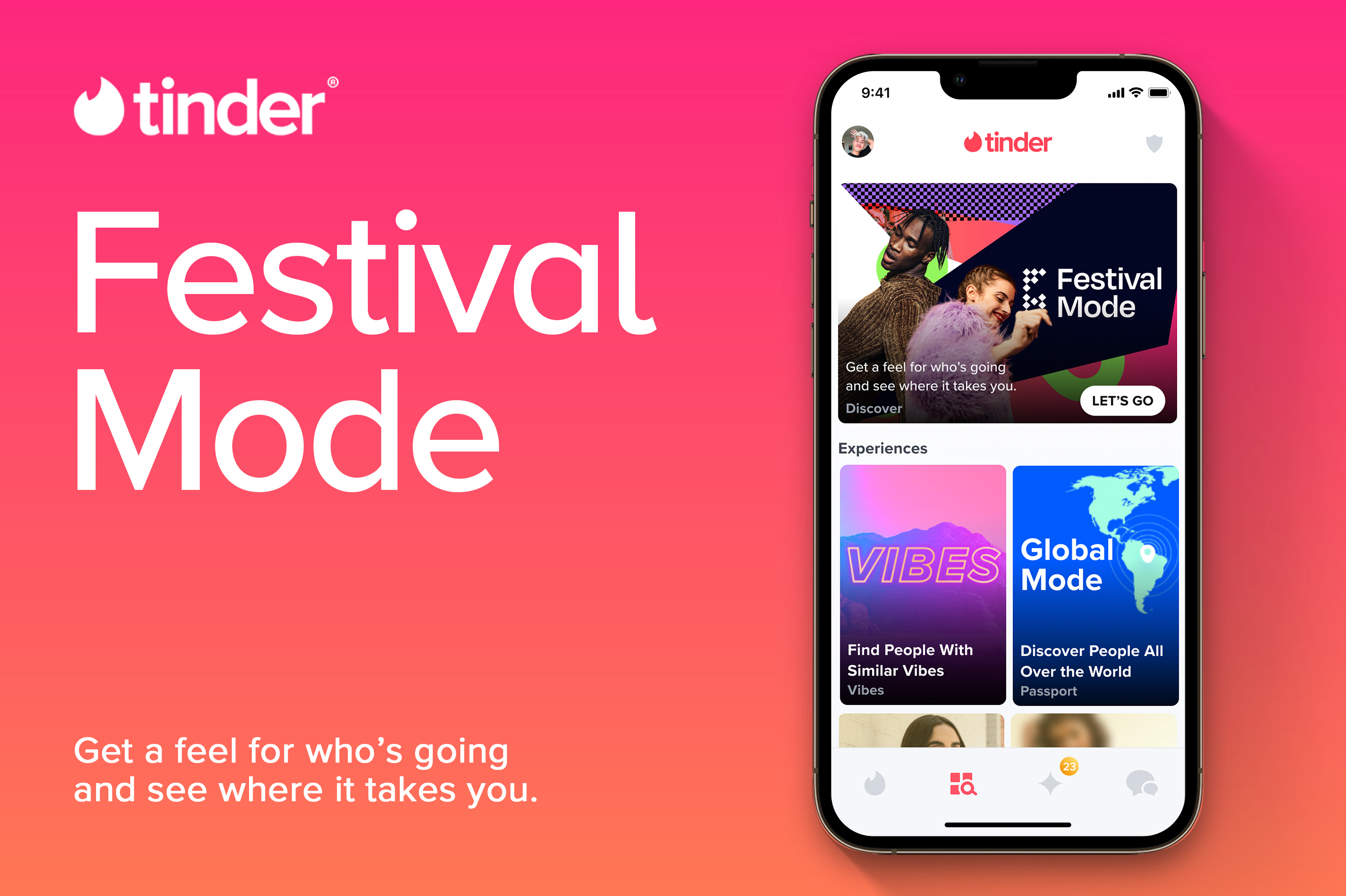 Tinder has announced that it is partnering with the world’s leading live entertainment company Live Nation, as well as live event producers AEG Presents and Superstruct Entertainment to introduce Festival Mode. The leading dating platform has launched the feature, which is designed to help members find their ‘new festival crew’ as they prepare for the first true festival season in years.

According to a recent survey of singles 18-39 in age, 75% agree that being able to connect with someone online before meeting in-person would ease some of the pressure of making a good first impression*. Launching today, Festival Mode bridges the gap between online introductions and IRL connections by allowing Tinder members to find fellow festival goers before the show. With nearly 1 in 3 singles (31%) planning to attend a music festival or concert this year, Festival Mode helps music lovers break the ice and connect over shared interests. A welcome addition to Tinder, as 64% of singles say they enjoy meeting new people while attending live music events, and over 3 in 5 (61%) say they’ve become friends, or more, with people they met at a music festival or concert.

Members can select which of this year’s hottest music festivals they plan to attend and will be able to match with others also going as early as a month before the show.

Kyle Miller, VP of Product Innovation at Tinder, said: “Music is a universal language and the number-one interest among Tinder members worldwide. So many of our members are excited to jump back into in-person events. We wanted to build on that excitement and offer them a head start at meeting someone new ahead of one of the biggest festival seasons in years.Festival Mode gives you a chance to get yourself back out there, meet new people, and make friends before you hit the festival grounds. It’s a great, low-pressure way to make real world connections again.”

Maureen Ford, president of national and festival sales at Live Nation, said: “People around the world are returning to festivals in record numbers and Tinder is helping those fans connect in a new way before the show. Live events create some of life’s most unforgettable moments largely thanks to the people we enjoy them with. By partnering with Live Nation’s festivals, Tinder is able to bring this new feature to millions of fans around the world.”