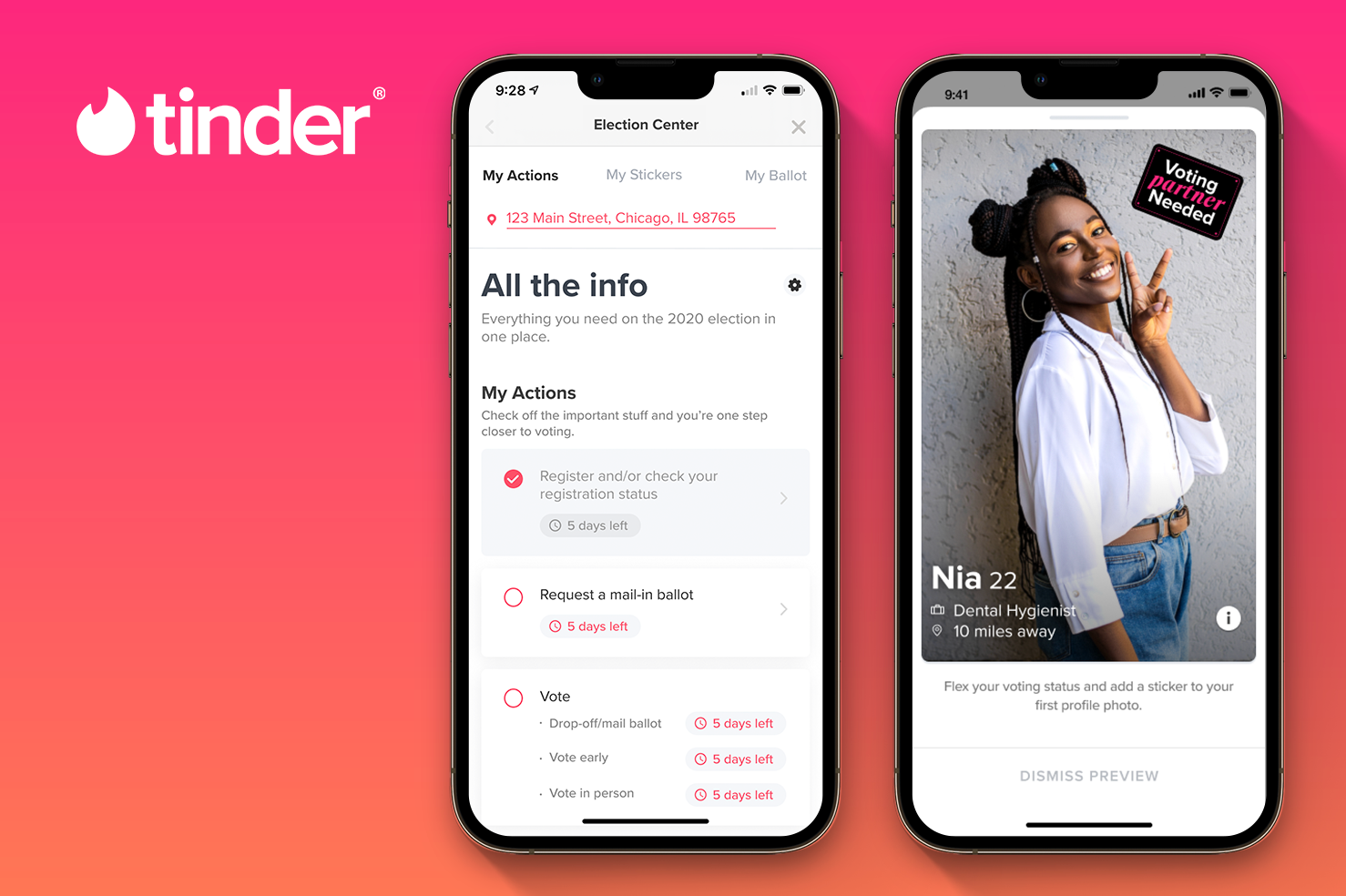 As well as making the voting process easier for its users, Tinder is also letting them post a ‘I Voted’ sticker on their profiles to demonstrate the completion of their civic duties.

The changes come after a survey from the company found that 63% of singles aged 18-25 find the information on voting ballots “overwhelming”, with the majority believing that voting should be made easier.

Another benefit is that over half of young singles say that regular voting habits make a potential match more attractive, with 47% saying being a non-voter is a dealbreaker.

The dating app partnered with BallotReady to make these features a reality. BallotReady is a non-partisation organisation that provides information to citizens to help them flex their democratic powers.

“This new generation of daters wants to be heard. We’re so inspired by their willingness to prioritise potential matches that show up at the ballot boxes this year and use their votes to address the issues that matter most to them, whether that be reproductive rights, marriage equality, gun control, or education,” said Melissa Hobley, Chief Marketing Officer at Tinder.

“Many young singles don’t feel properly informed on key issues in these midterm elections, and we want to do something about that. Tinder’s partnership with BallotReady is a meaningful way for our members to easily get involved, informed and show off their civic pride to potential matches”, she continued.