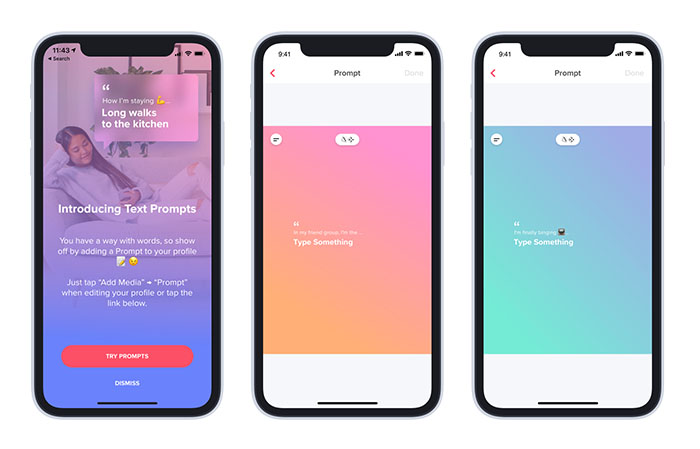 Tinder has released internal data that gives an indication into how user behaviour changed during the peak of lockdown and quarantine restrictions.

Between March and May, the majority of singles on the dating app became a lot more active, largely because everyone was stuck at home and needed to share their experiences with others.

The “chattiest” day of the period was 5th April, after the majority of countries around the world had started their lockdowns. The average user received 52% more messages on this day compared to the beginning of March.

Specifically in Spain, Gen Z members were reportedly sending almost double the amount of messages, the biggest increase across all of Tinder’s global markets.

The global swipe volume, which measures the amount of times users swipe left and right, also grew significantly. At the peak, people under the age of 25 were swiping 39% more often.

A large number of daters took the opportunity to update their bios with topical pandemic-specific references, such as masks, hand sanitizer and toilet paper.

Tinder used the release of these statistics as an opportunity to promote two new features that help people come up with unique icebreakers for each of their matches. ‘Common Interests’ allows members to add interests to their profile, such as basketball, Disney or food, so people can easily connect over their shared hobbies.

It also introduced ‘Prompts’, cards that contain questions so singles reveal an even greater insight into their personalities and the things they like.