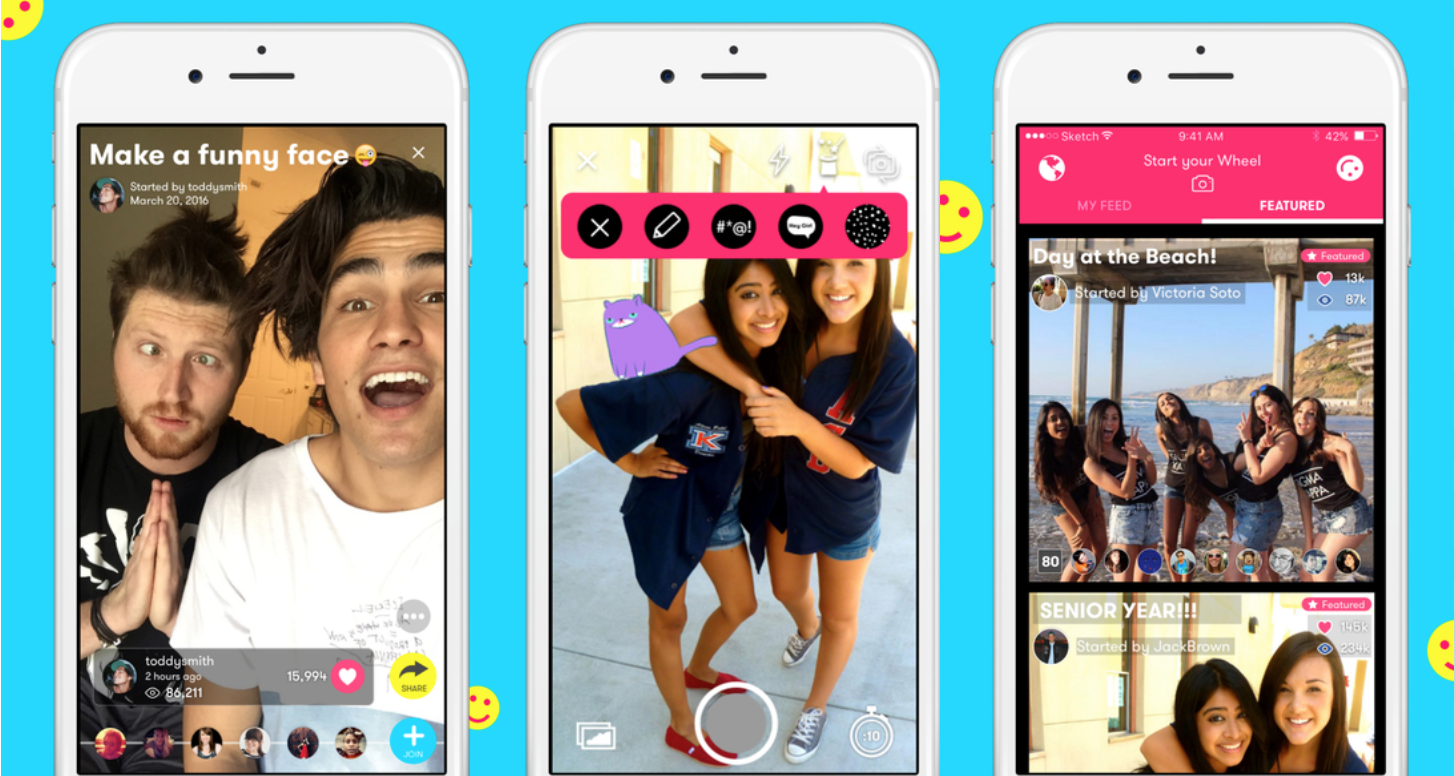 Tinder looks to be moving into the world of video, as it announces the acquisition of LA startup Wheel.

Wheel is a social app that lets users create collaborative video stories by filming clips and posting them to the app.

The video platform, previously called Ferris, raised $2m in 2015 in a round led by Upfront Ventures and Machinima founder Allen DeBevoise.

In a statement, Tinder’s head of product and revenue, Brian Norgard, said: “We are always exploring new ways to innovate while helping our users make connections on Tinder. Tinder will likely use Wheel’s tech to integrate video into the dating platform, following in the footsteps of Snapchat and Instagram, although specific plans have not yet been revealed.

Earlier this year, dating app rival Bumble added a video story feature called BumbleVID to its mobile offering, letting users record video clips, collect them together into threads and add them to their profiles.

Launched in January, Bumble CEO Whitney Wolfe said the video feature had been in the works for some time.

Read more about the feature here, and watch Tinder’s Brian Norgard speak about Snapchat’s influence in an appearance at Slush Festival in Finland below.