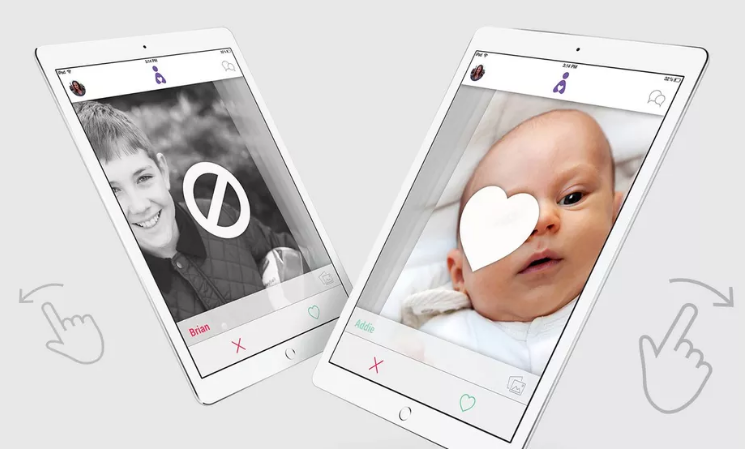 Tinder-style adoption app Adoptly was all a hoax, Newsweek has revealed.

Adoptly was a product said to let prospective parents choose a child to adopt using a Tinder-style swiping system.

The fake app was first noticed after the launch of its Kickstarter campaign earlier this year, which aimed to raise $150,000 to help build the platform.

The company’s website explained further: “Simply setup your Adoptly parenting profile and set your search criteria. You’ll instantly be matched with all eligible children that fit your preferences.

“Our intuitive interface then makes it simple to quickly browse through your options, and even start a chat to make sure it’s the right fit.

“So you can forget about all the bureaucratic stuff and focus on what really matters – finding the perfect new addition to your family. That’s it!”

However, after receiving attention in the tech press, it was announced at the end of January that Kickstarter had shut down Adoptly’s campaign.

This came after speculation about how legitimate the platform really was, The Verge questioning why its employees were proving difficult to verify.

It has now been revealed that Adoptly was all a lie – there was never going to be an app, it was simply a ploy to draw attention to how “tech-obsessed” society has become.

Ben Becker, one of the people behind the hoax, said in an interview with Newsweek: “We wanted to take the piss out of our tech-obsessed world and satirise the way that people are interacting with technology and the way they desire to make things way more convenient and instantly gratifying.”

This isn’t the first time that Becker and Elliot Glass (who also played a part in the Adopltly hoax) have tricked people with fake apps.

In 2016, the pair said they had created Pooper, an app that enabled dog owners to request a “scooper” to clean up after their pets.

Speaking about Adoptly, Becker said: “We never thought anyone would really believe this app would exist.

“We tried to pack it almost to a cliché [with buzzwords]. Like overflowing with sort of blue-sky thinking and tech-style phrasing…. It does seem pretty absurd.”

Newsweek also explained that the pair received messages from people looking to help build the adoption app, offering advice about how to make the process more seamless.

Becker said: “It’s a net positive to raise awareness about an industry that doesn’t get talked about a lot. Even if this is obviously not the right solution.”