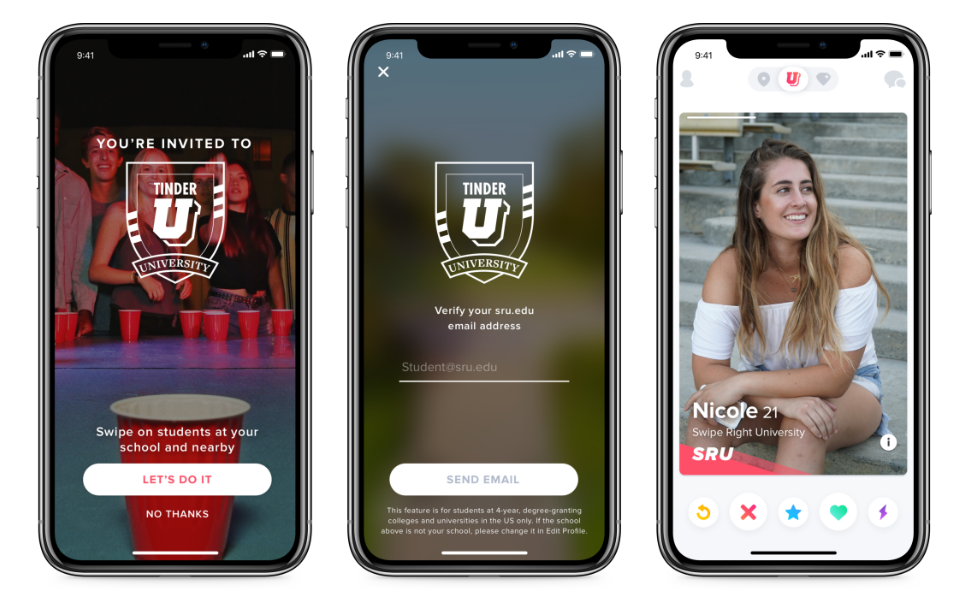 Tinder has officially announced the launch of its new feature, targeted exclusively at college students.

Tinder U aims to connect students who want to meet new friends, find a study buddy, or set up a date on campus.

It will also let users connect with students from nearby universities, not just the one that they attend. In its statement, Tinder told consumers to “get ready to kiss those crosstown rivalries goodbye.”

At the moment, the launch is just on iOS devices in the USA. To sign up, students need to enter their .edu email address into the app and then verify the automated message that will be sent to their inboxes.

Brian Norgard, Tinder’s Chief Product Officer, said on Twitter: “Today we launch Tinder U, an experience for students to discover students nearby.

He also acknowledged that Tinder was initially launched on college campuses, and hopes that the dating app’s return to school will be a successful one.

Match Group initially revealed the new student feature as a part of its 2018 Q2 Earnings Report and investor presentation.