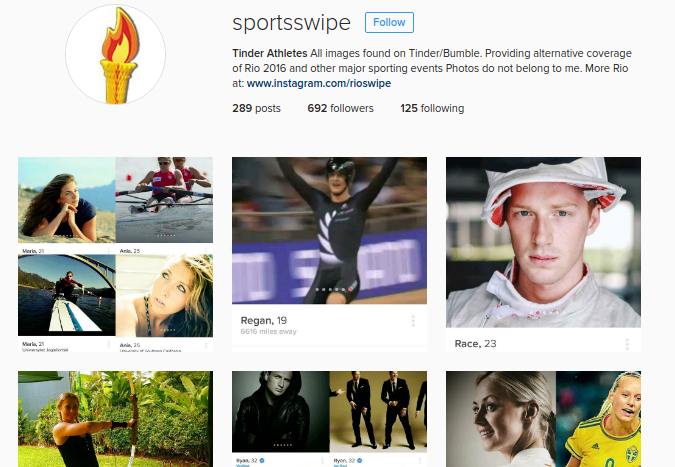 With the start of the 2016 Olympic Games last week, the world’s attention has been drawn to Rio De Janeiro.

And one user of both Instagram and Tinder has decided to show a different side to the Olympic games, revealing the athletes who are swiping on Tinder while at the games.

Whoever is behind the idea goes by the name of Sportsswipe on Instagram, and posts screenshots of the dating profiles of both male and female athletes.

And so far, Sportsswipe has found around 500 athletes on the dating app by using Tinder Passport, which lets Tinder Plus users search for singles in any area worldwide, regardless of their current location.

Sportsswipe’s interest started during the Tour De France, but it wasn’t until the 2015 Beijing World Championships that he/she started posting the profiles on the Instagram account.

The account also posts the profiles of athletes who are using fellow dating app Bumble.