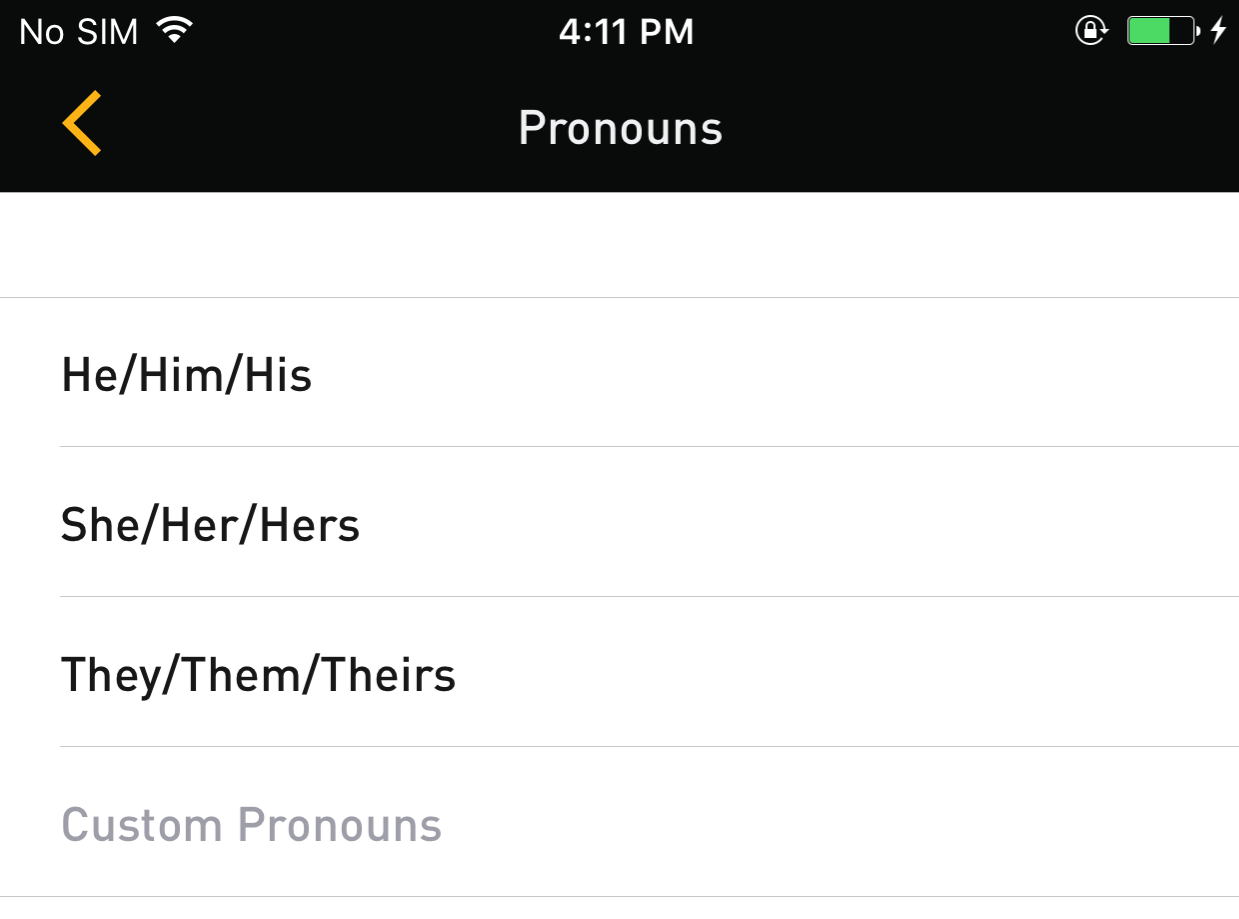 Transgender Grindr users will now be able to choose from a wider variety of options when they construct profiles on the app.

Answering long standing criticisms, the platform has unveiled a list of terms including “trans man” and “queer” that users can now select from when they add gender to their self-description.

There are also new options to write in custom genders for those individuals who feel the existing options are not appropriate.

The changes come after transgender Grindr users’ feedback indicated that many had difficulty on the app, and that some had to answer questions which made them uncomfortable. The National Center for Transgender Equality has been called in to help with the adjustments.

Grindr’s ‘Grindr for Equality’ Director, Jack Harrison-Quintana, has also outlined the addition of an FAQ to the app – the new section will deal with common questions about gender, and is designed to take the burden of answering such questions off users.

He said of the addition: “One thing we heard over and over again from trans people using Grindr was that they felt unwelcome as other users would often only want to ask them about what it means to be trans”.

Transgender Grindr users will now also be able to select a preferred pronoun. The options are “He”, “She”, and “They”, though users are, again, also able to write in a custom option.

The timing coincides with the end of Transgender Awareness Week, and also comes as new gender pronouns are making headlines in North America.

Transgender Grindr users will not be the only population to benefit from the change, as “Woman” has also been added to the app as a gender option – this change marks a departure from the traditional male focus of the network. A number of further gender options have also been added.