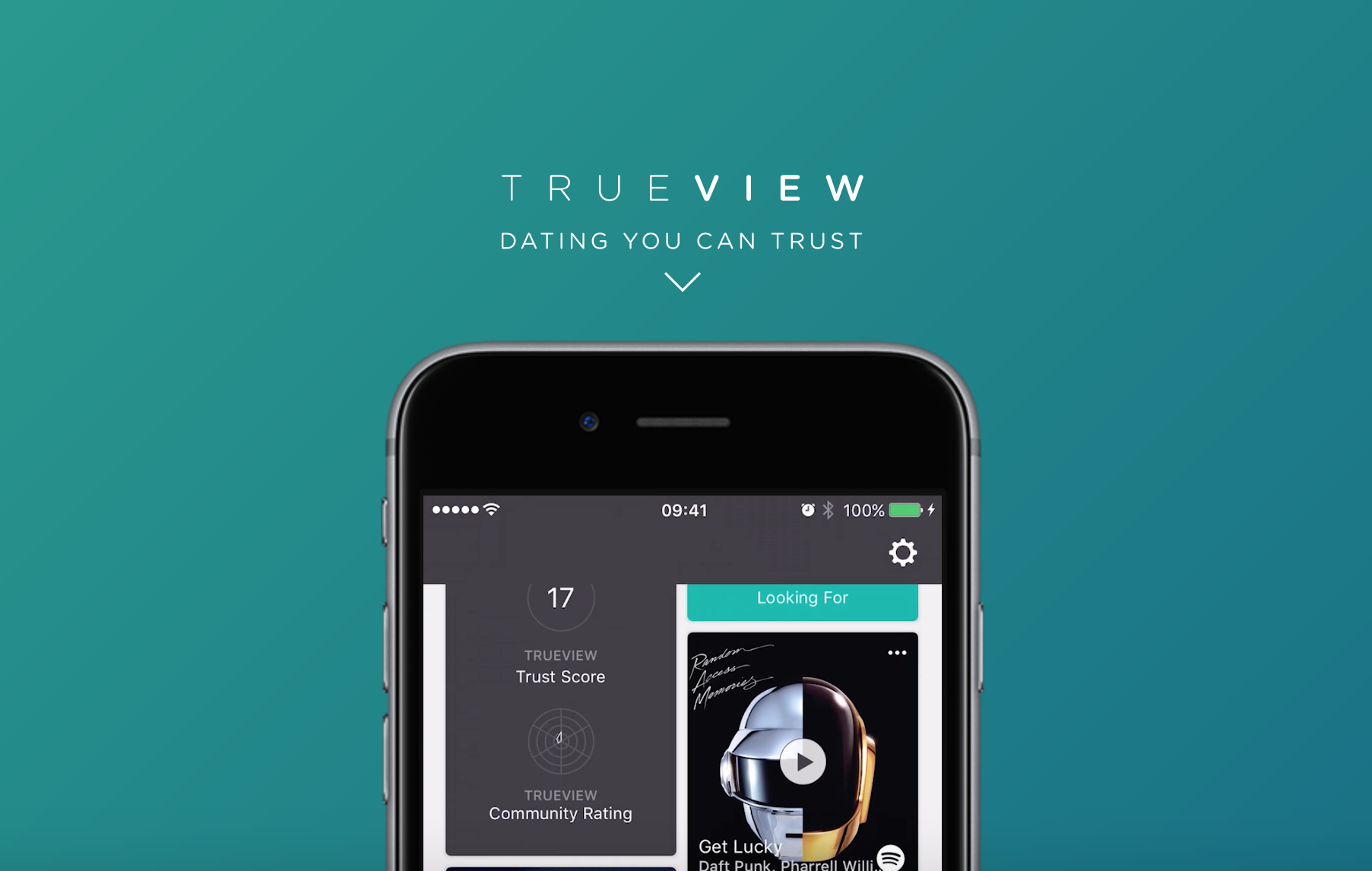 The Shoreditch startup has integrated with Jumio, the verification system used by Airbnb and easyJet, to let singles prove their identity and build trust on the dating app.

TrueView’s new feature lets members build their Trust Score by linking their dating profile to various social media accounts, whether Twitter, LinkedIn or Facebook, and by adding more information about themselves to the app.

The more social accounts linked & details added, the higher a user’s trust score, with the strength of each network rated on its trustworthiness.

The update comes as TrueView launches a new viral video campaign, which sees Jolyon Rubinstein, actor in BBC comedy series The Revolution Will Be Televised, “take Tinder chat to the streets” to try and find a date.

The funny video seeks to highlight the disparity between online and offline behaviour, Rubinstein trying the sort of crude chat-up techniques usually only favoured by those hidden behind the relative anonymity of a dating app.

The video was posted on Don’t Panic’s Facebook page, where it has seen over 716 likes and 85k views so far.

Speaking about the company’s new focus, TrueView co-founder Matt Verity said: “People looking for love are finding themselves trudging through conversations with people who aren’t serious about dating, or worse, are lying.

“This is a huge issue across a number of today’s dating apps. While some may claim to be about finding real relationships, often this is backed up with fluff, like swiping a different way or being able to super-like to show someone you’re ‘really keen’.

“None of them actually protect people from fake profiles, or make any effort to weed out those wanting to use online dating for the wrong reasons.”

With the video campaign, TrueView also released the results of a study of 2,000 British online daters, which found that singles spend longer making a cup of tea than choosing a potential partner online.

The survey revealed that Brits spend an average of one minute and 45 seconds before connecting with someone online, with a third of respondents saying they had been on a date with someone who was posing as single.

Another 41% admitted to lying on their dating profiles, with one in ten men saying they had lied about their relationship status.

In addition to TrueView’s new Trust Score, the startup also introduced a community rating system and trust filter with its latest update.

The community rating system scores users on how they interact with each other, “meaning that members’ own behaviour — like sending unwanted naked pictures — dictates their level of success,” Verity said. The trust filter, on the other hand, lets users choose who contacts them on the app.

For example, a member could choose to only let those with a trust score of 60% or higher contact them, and only those who had added the relevant number of social accounts could get in touch.

And for those looking to be 100% verified, they can get a Verified ID badge by using Jumio’s identity check and uploading a passport, driving license or identity card – the same ID check used by Airbnb and easyJet.

It’s an exciting and bold new strategy from the London startup, and one that could resonate well with today’s singles if coupled with the right sort of marketing over the coming months.

Check out TrueView’s new update on Android and iOS.