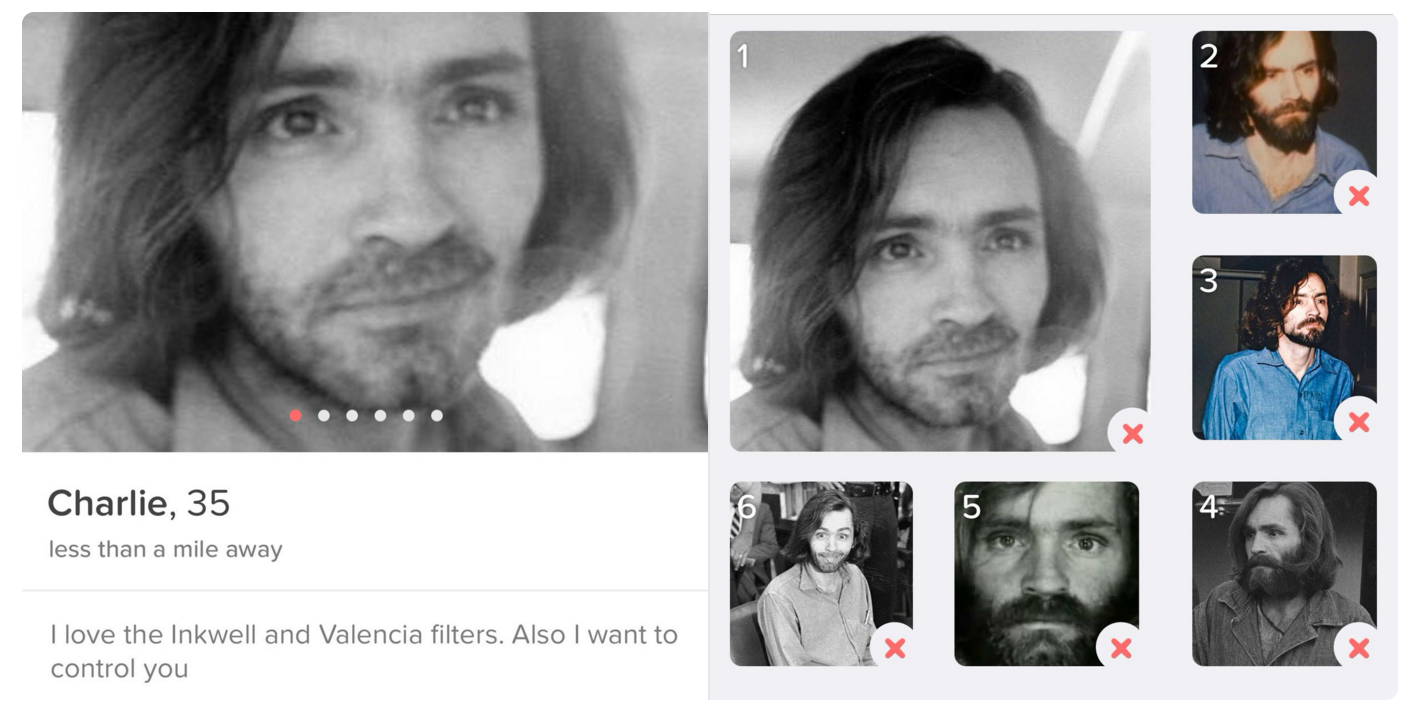 A new social experiment has found that people do not recognise the faces of renowned serial killers when they appear as potential matches on a dating app.

American actress Natalie Walker recently created fake Tinder profiles for two infamous serial killers, to see whether users would blindly swipe right on them in hopes of getting a date.

Walker first made a profile for American killer Charles Manson, who famously led a 100-strong killer cult in the late 1960s.

On his profile, Manson was described as someone who loves the “Inkwell and Valencia filters”, adding that he wants to “control you”.

However, the sinister bio and real images of the killer were still not enough to stop users from swiping right on “Charlie” .

Last week, Walker used her Twitter page to document one conversation between her (as she posed as Manson) and a woman named Lexie.

Charlie got a match!!!!! pic.twitter.com/icwkDZ2mYk

The two exchanged multiple messages during the conversation, however Lexie was finally put off when Manson said: “And they rightfully believe me to be the Son of God.”

Walker then repeated the experiment, this time posing female serial killer Aileen Wuornos, who was convicted of murdering six men in 1989 and 1990 and later executed in prison in 2002.

And while it took Manson three who days to secure just one match, it took Wuornos just 8 minutes to connect with 12 people, despite her bio reading: “I want to kill white men”.

According to the organiser, Wuornos did not even have to make the first move, with some users starting off the conversation with lines like “How do you like your coffee in the morning?”.

Aileen hasn’t even had to reach out first via message pic.twitter.com/VVcUgVQ8GV

Since the experiment, Walker has been banned from using the app, and the profiles of Manson and Wuornos are no longer active.

Yet, although the whole experiment was a joke, it has in fact raised concerns over how willing singles are to match with users who use threatening language in their dating profiles.

Last month, we reported that the number of crimes linked to Tinder and gay dating app, Grindr had increased by 700% over two years.

The reported crimes are said to include rape, attempted murder and child sex grooming.

Police revealed there have been over 400 crimes that were linked to dating apps Tinder and Grindr last year.

And in light of this information, Walker’s findings are all the more alarming, as users continue to swipe right on potentially dangerous users with the sole focus of getting more dates.