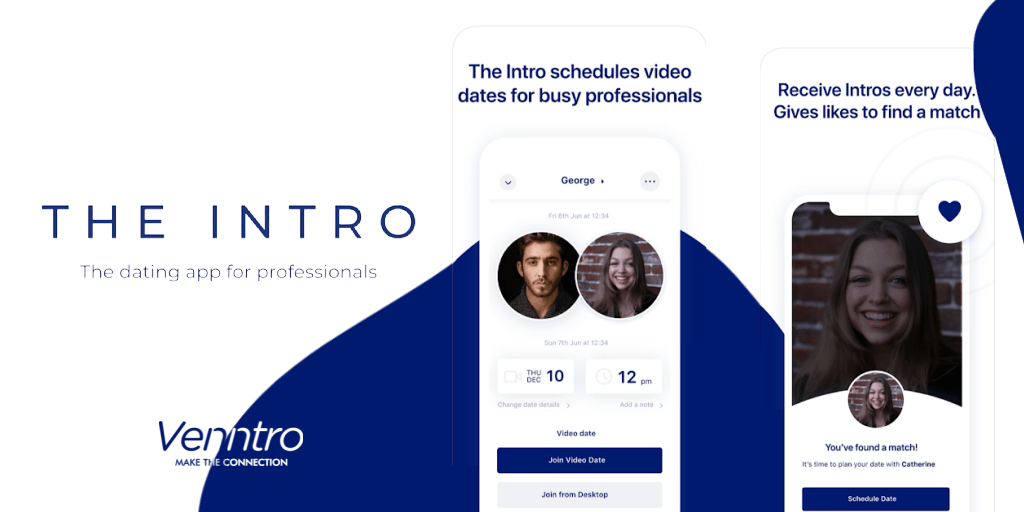 Founded in 2019, The Intro matches professional singles and connects them for virtual video dates before they’ve exchanged text messages. It is designed to streamline the dating experience for users who are especially busy with their career.

Co-founder George Burgess has previously built other successful online communities, including exam preparation app ‘Gojimo’ which was acquired by The Telegraph in 2017. He will now serve as an Advisor to the wider Venntro Media Group portfolio.

Ross Williams, CEO of Venntro Media Group, said in a statement: “We were really impressed by what George and the team had achieved with The Intro and we’re excited to acquire the app and integrate it with our business.

“The Intro offers users a high quality mobile experience – and this is exactly the kind of polished product we will be offering our partners through WhiteLabelDating.com.

“Our vision is to provide a range of niche dating apps that integrate video profiles, video stories, video calling and live video streaming to enable our customers to connect, engage and share within tolerant, inclusive niche communities and live their happily ever now.”

Video and voice calling was introduced across the White Label Dating platform at the beginning of the year. This allowed all partners to help their communities stay connected during lockdowns, while also maximising their own ROIs.

The introduction of these virtual features had an immediate impact on user numbers as paying subscribers grew in the first few weeks. Live streaming is also expected to be released in the near future.