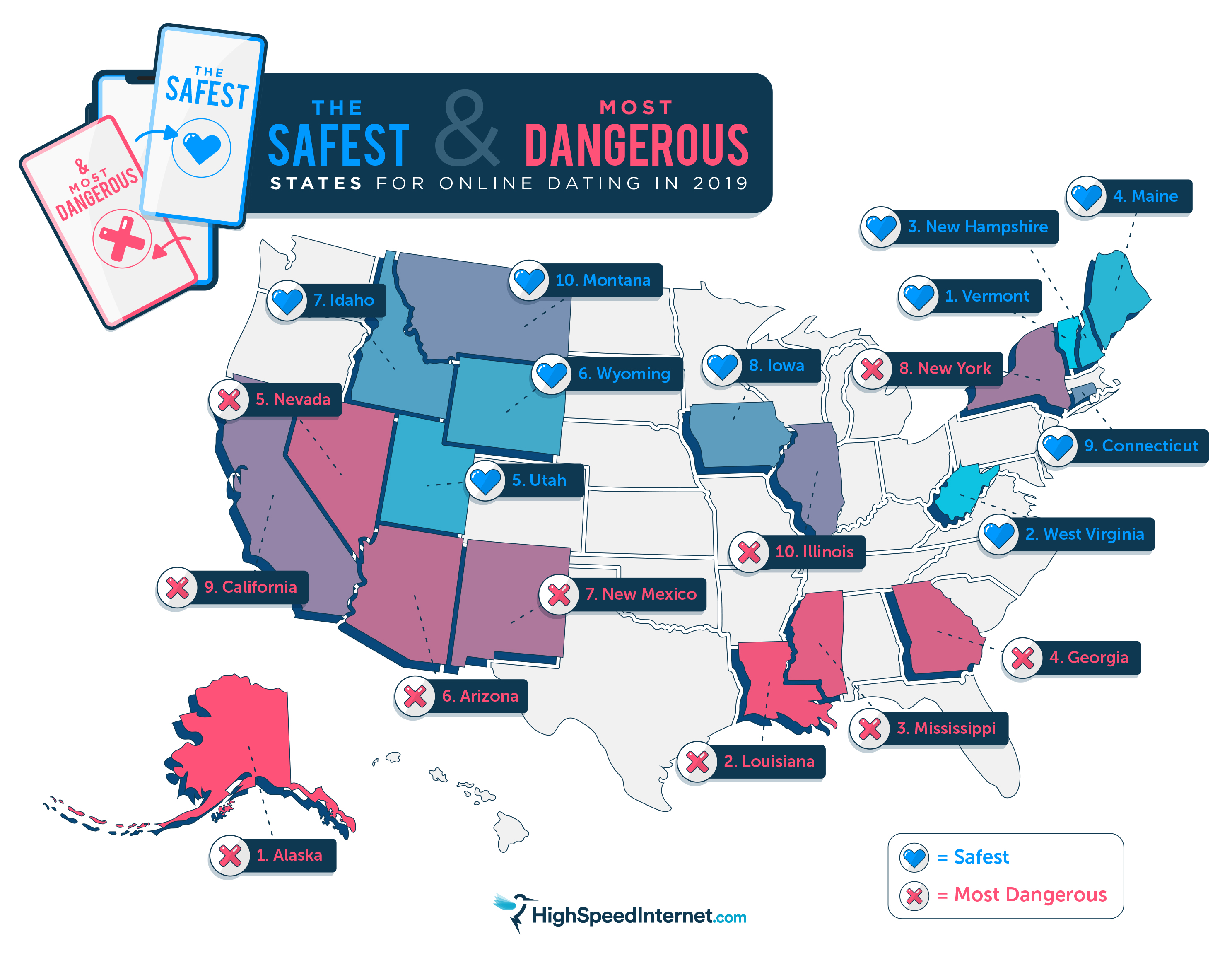 HighSpeedInternet.com has created a complete list of the safest and most dangerous US states for online dating.

It was created using data from the 2017 FBI Internet Crimes Report, Sexually Transmitted Disease Surveillance 2017 and the Guttmacher Institute report on Sex and HIV Education.

Vermont came out as the most secure state in the country for the second year in a row. West Virginia climbed up five places from last year to second position, and New Hampshire completed the top three.

Conversely, Alaska was found to be the most dangerous, mirroring the result from last year. The state saw the number of gonorrhoea cases experience a 51% spike in the past 12 months and its largest city, Anchorage, came in as one of the 100 most dangerous cities in the USA.

Lousianna and Mississippi finished as the second and third most dangerous areas, respectively.

The list also referenced PC Magazine’s list of the most popular online dating services by state. It showed that none of the top ten safest states used Match.com the most, instead favouring Tinder, OkCupid and Plenty Of Fish.

The author of the results said that singles should always tell a friend or family member when they are going on a date with someone they met online. A safety feature from Facebook Dating will let users share their live location through Messenger.

Recent research conducted by an insurance company found only 37% of online dating users are concerned about romance fraud, compared to the 68% that are worried about cyber attacks in general.