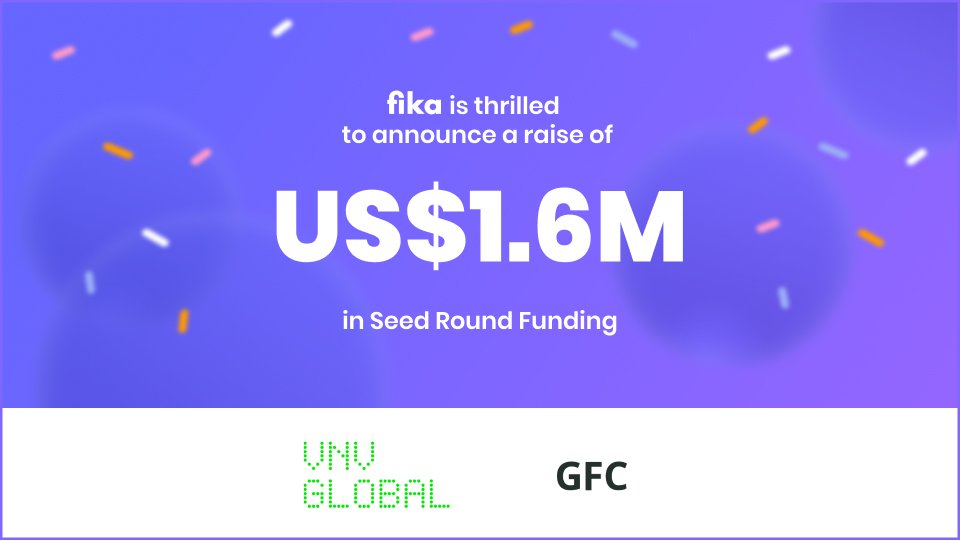 Fika, a startup dating app based in Vietnam, has announced the completion of a seed funding round worth $1.6 million.

It was led by VNV Global and received a contribution from Global Founders Capital. A number of individual angels were also involved, including Sebastian Knutsson, co-founder of popular mobile game company ‘King’.

An early statement from the Fika team suggests the money will be used to hire new members of staff, develop the AI capabilities and potentially kickstart its Asian expansion.

Co-founder and CEO Denise Sandquist explained in the announcement: “Fika is dedicated to helping find meaningful connections, and the only way such truly meaningful connections are made and maintained is by creating an environment that encourages more women; one that makes women feel safe and secure.

“It’s about creating an environment that increases the chances of people finding who and what they want; a platform that tailors and appreciates the cultural nuances of online interactions, rather than taking a one-size-fits-all approach.”

All new members must pass a verification process before they can use the app. According to company data, approximately 40% of people fail the check.

A new ‘Couple’s Version’ of the app is expected to be added soon for matches who are ready to take the step and become more serious. In this private section they’ll be able to book dates, see birthday and anniversary reminders, and get recommendations for date night activities.

Fika has currently been downloaded over 750,000 times. However, there is still an increased stigma around online dating in Vietnam as the use of social media platforms in general is still very limited.