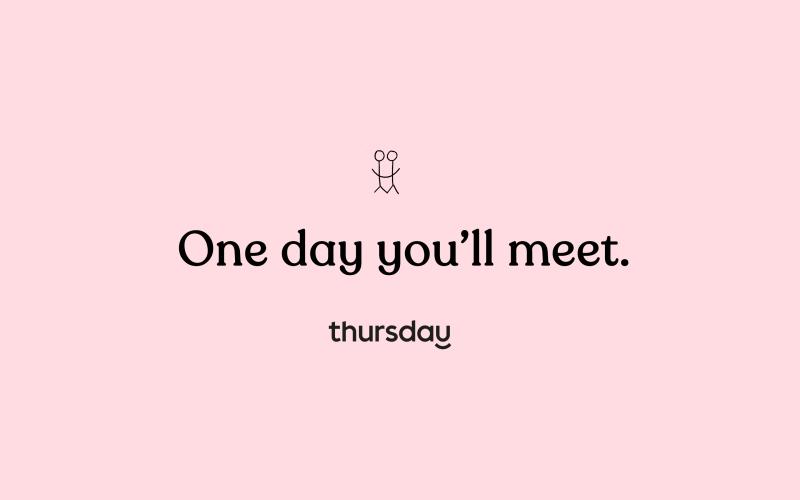 Promising startup dating app Honeypot has unveiled a complete redesign and rebrand as the company focuses on a slightly different mission.

Now called Thursday, it is still committed to facilitating dates that are set up and completed within a matter of hours. The founders coined the term ‘micro-dating’ which refers to this new way of meeting people.

However, the biggest change to the app is that it will only be open on Thursdays, a decision that was made to apparently combat the saturated online dating market.

Co-founder and CEO George Rawlings said in an announcement post on LinkedIn: “People are spending too much time on dating apps and it’s an underwhelming experience. So we’ve built Thursday, where everything you want from online dating happens on one day.

“We want to make dating exciting every Thursday as we encourage you to match, chat and meet the very same day. Why? Because there’s more to life than dating apps.”

Thursday is planning to officially launch in London when lockdown restrictions are lifted and currently has 25,000 spaces available on its waiting list.

It is also curating a list of some of the best first date spots in the city. The list will be available inside the app and should help matches quickly choose the best locations for them to meet.

Honeypot rose to prominence last year after it ran a series of guerilla marketing campaigns. The team placed whiteboards at busy London locations which featured eye-catching messages, such as a public breakup, and images of the stunts were shared widely on social media.