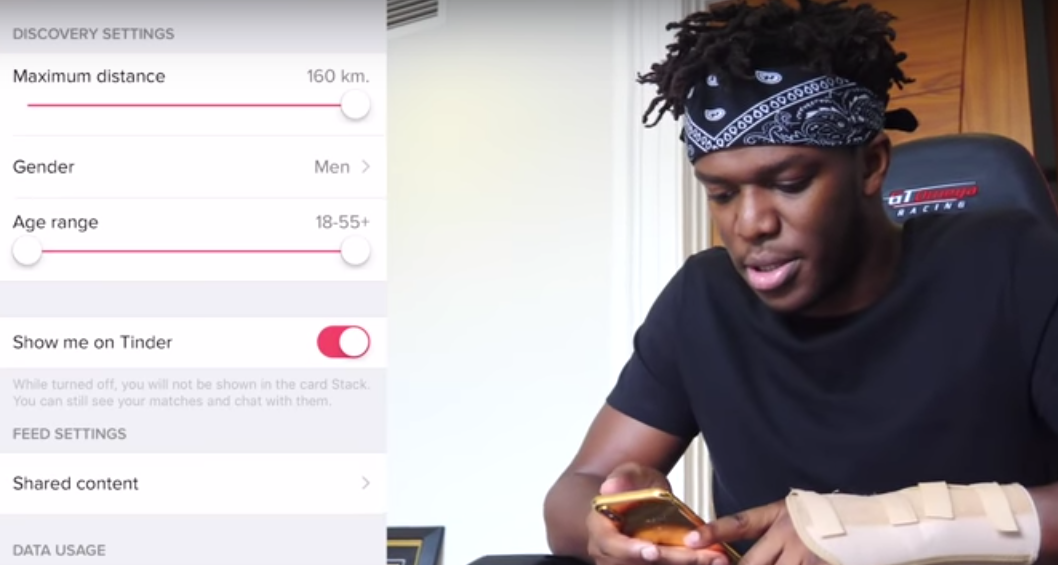 Last week, popular British YouTuber KSI released a video where he went on Tinder to show off as the ‘YouTube Boxing Champion’.

KSI fought for the title in February 2018, defeating Joe Weller, another UK-based social media personality. He then defended his belt in August when his fight with Logan Paul, an American internet celebrity, ended in a majority draw.

Dexerto, a source of news for online personalities, wrote: “Since his boxing match with Logan Paul, KSI felt that he’d earned some newfound fame, and decided to take to the location-based dating app Tinder to test his luck in romance.”

In the 20-minute long video, KSI creates a Tinder Gold account and posts pictures to his profile dressed in his boxing attire, holding his victory belt and surrounded by money.

He used the premium service to see which users had already ‘liked’ him, before finding out that he had set his preferences to include male profiles, as well as female ones.

The majority of the video showed him sending funny and cheesy pickup lines, as well as some sexual messages.

After failing impress most of the girls he interacted with, KSI messaged a few of the men that were suggested.

The conclusion of the video came when he swapped phone numbers with a male user, who had his name censored in the edit. The user said that he couldn’t speak now because his “wife [was] close by”.

The video finished with a teaser for a second part, showing KSI speaking to the man on the phone. It’s not clear how many instalments there will be in the series or when the follow up video will be released.