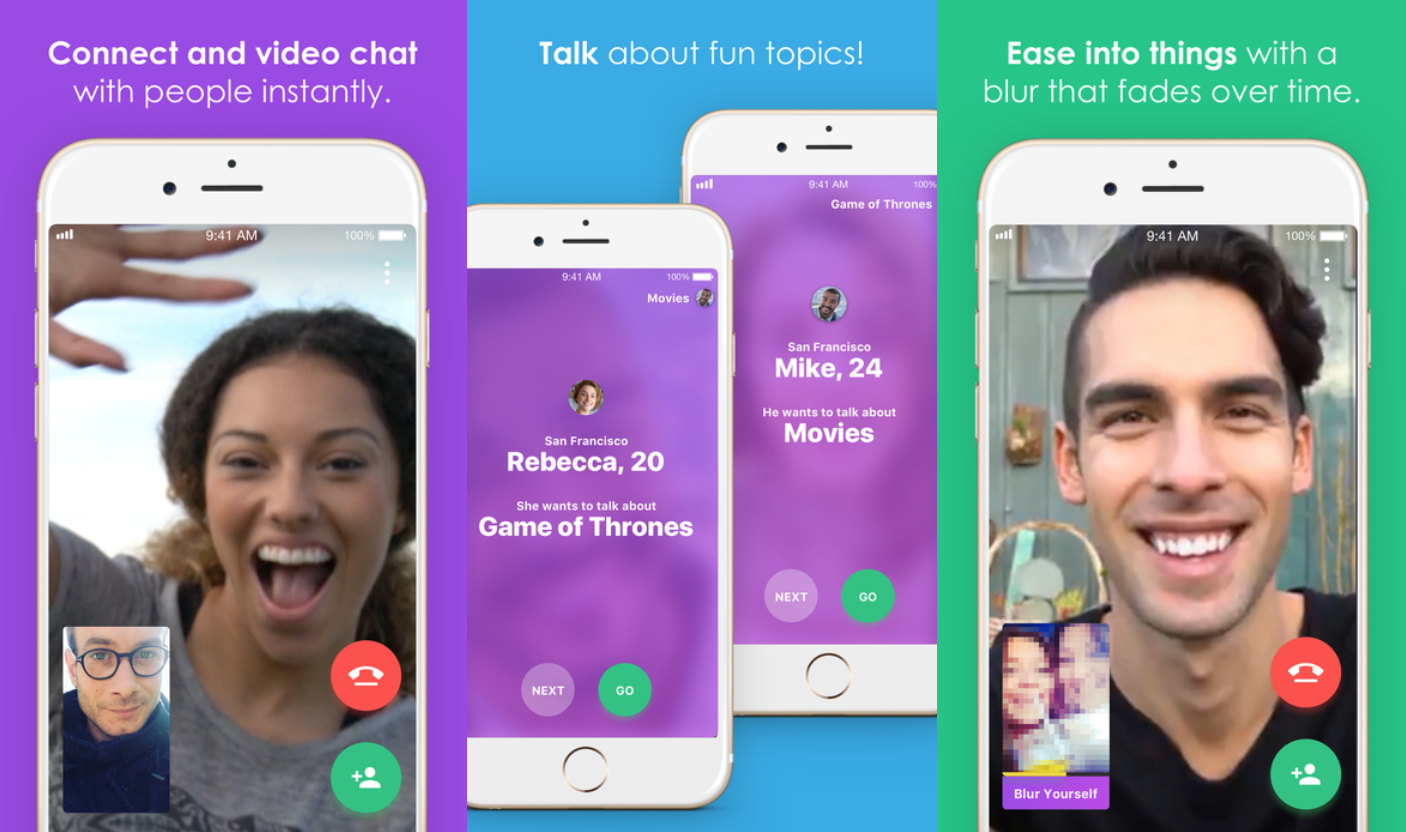 After recent video releases by Match.com and Hinge, Zoosk’s mobile product Lively has announced the launch of a new live video chat feature.

The new video chat tool lets users connect and have live conversations with different people on the app.

It works like this – first, they choose a topic they want to talk about, then get instantly connected to someone who wants to chat.

Users do, however, have the option of keeping the video blurred if they want to remain hidden.

And if the conversation goes well, they can add that other person to their friend list to continue the connection.

The feature builds on Lively’s current video focus, already letting singles create profiles that include a mixture of photos and videos. Speaking about why they launched the new feature, Zoosk’s SVP of Product Behzad Behrouzi said: “Lively is about creating fun ways to help people connect, not just match.

“After talking to some of our users, we found that 80 percent of them wished they could talk freely with others without worrying about how they look or how others will perceive them.

“We want people to focus on the content of their conversations, rather than how they look or if they’re in the right lighting. This new feature allows them to do that.”

A video option was recently released by fellow dating app Hinge, letting singles add video to their profile from their mobile’s Camera Roll, or from their Instagram or Facebook accounts.

Match.com also revealed it would be launching a stories feature this summer, allowing singles to stitch together short video clips to form a dating profile story, limited to 60 seconds, that can be a mixture of photos and video, and can include a voiceover.

And after launching in the San Francisco Bay Area in July 2016, Lively has now gone nationwide and is available on the App Store.