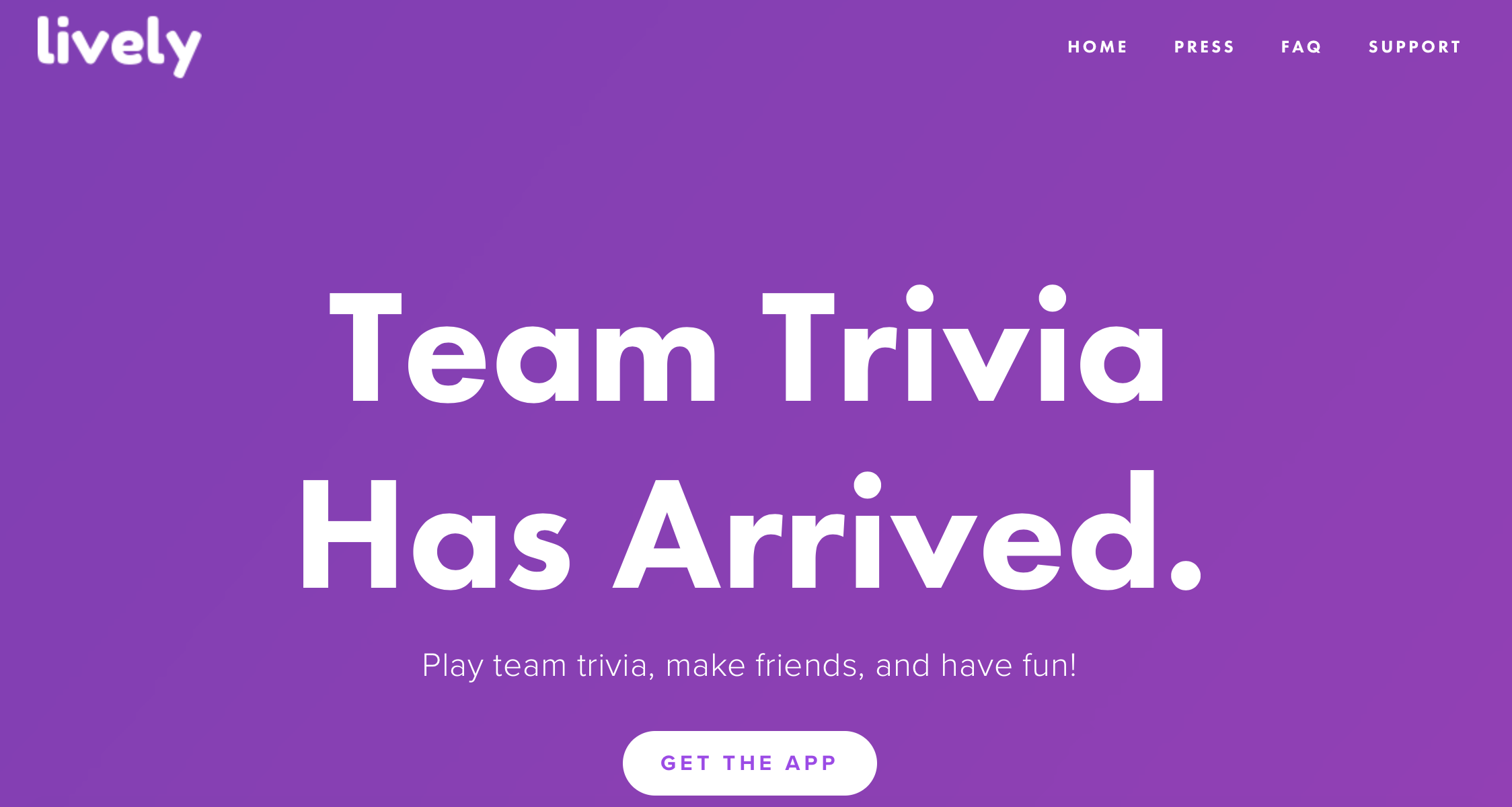 Yesterday, Zoosk Labs announced that it has brought group video chat and trivia together with the relaunch of Lively.

Lively has historically focused on connecting people through the use of video, but Zoosk felt that something is missing from it; people didn’t know how to start conversations or relate to one another.

The team realised that it would function better if users were working towards a goal, e.g. playing a game that enabled people to connect.

Lively sees some fun features introduced with the relaunch, including a group video chat which automatically places users into a trivia team of two to four people. Within your trivia team you will then be asked a series of 12 different questions.

When the game ends, the players will have the chance to exit the chat or to continue chatting. After it has finished completely, the scores will be posted and users can see where their team ranked. Lively is also trying to connect more friends on the platform by giving users the option to add their teammates as a friend and to stay in touch. When trivia isn’t active, users can chat with other players through the group video chat on Lively.

Finally, another feature Lively has added is the opportunity to play almost whenever you want. There are two game sessions per day, the first beginning at 3pm PT and the second one beginning at 7pm PT.

Each game lasts 30 minutes and players can join in at anytime.