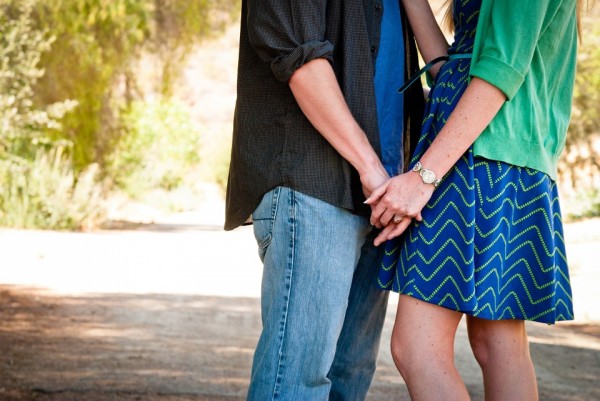 This is a guest article written by Patric Okumi, CEO and co-founder of LINKD.

I’m sure like me, many of you remember a time when online dating was taboo. We would fabricate elaborate stories about how we met our new “friend” and pray in earnest that our online dating profile pics weren’t discovered by our friends and family.

Now, to be single, living in bustling, cosmopolitan environments and not having an online dating account almost seems unheard of – the new taboo.

Society, especially in cities, have experienced a dating renaissance brought about by better mobile data packages, people shying away from online dating shyness and smarter… smartphones. The popularity of apps such as Tinder, Hinge and Happn have served to shake up what was becoming an antiquated market.

Social media apps as a whole have come on leaps and bounds. Dating websites? Not so much. As their name suggests, they have remained just that. They remained websites. At best, users found themselves using hybrid versions on their mobile phones as opposed to native (optimised) platforms leaving singletons including myself frustrated. With the consumer used to instant messaging via apps such as Whatsapp, many found themselves still sending emails – an all too clunky experience which was desperately in need of a shakeup.

Today, the mobile dating space is at a very exciting juncture. There is no denying that the market is, for want of better words, massive. Mobile dating apps are continually validated by the increasing number of success stories, e.g. Tinder and according to research by Juniper Research it is anticipated that the industry will be worth $2.3bn in 2016, up from $1bn in 2011.

However, it is now that we can truly appreciate how fragmented the market is. One can simply not liken Tinder to eHarmony. Just as Ford’s Model T gave birth to an era of innovation and choice in the automotive industry, mobile dating consumers are asking what is next? Social media was validated by the likes of Bebo, Hi5 and MySpace, however it was Facebook that stole the show and became the clear titan. Partly due to this, I am certain that we will soon be witnessing some interesting transitions in the mobile dating space for apps that offer solutions to truly facilitating the meeting of two people. We’ve seen the gimmicks, the hook-ups — but now it’s time for the real “date(ing)” apps to take centre stage.

Technology exists to solve problems. With that in mind the existence of dating apps should be to simplify the meeting of singles with a view to them “hanging out. Chatting. Laughing” …falling in love and living happily ever after. But now the dating industry has reached an intriguing cross roads. Being too good at bringing people together is bad for business. Users drop off never to return. On the flip side, being a bad platform sees users leave in favour of better apps.

Enter the concept of retention. Many apps regularly share statistics on the length of time users spend in-app every day with figures ranging from 77-90 minutes a day. Research from The New York Times found that average users of Tinder logged in 11 times a day spending 7-8 minutes a time swiping. In a bid to increase retention it can be attractive to continue to gamify the experience so users become hooked and mobile dating becomes fashionable. Mobile dating shouldn’t be about sending endless messages. It shouldn’t be about checking out the next “hottie”. It should be about finding someone right to meet and spend time with.

After all, what’s the point of being on a dating app if not going on dates?

Okumi is the CEO and co-founder of LINKD, a new dating app that uses behavioural psychology to connect people through an analysis of personal traits and preferred lifestyle choices.