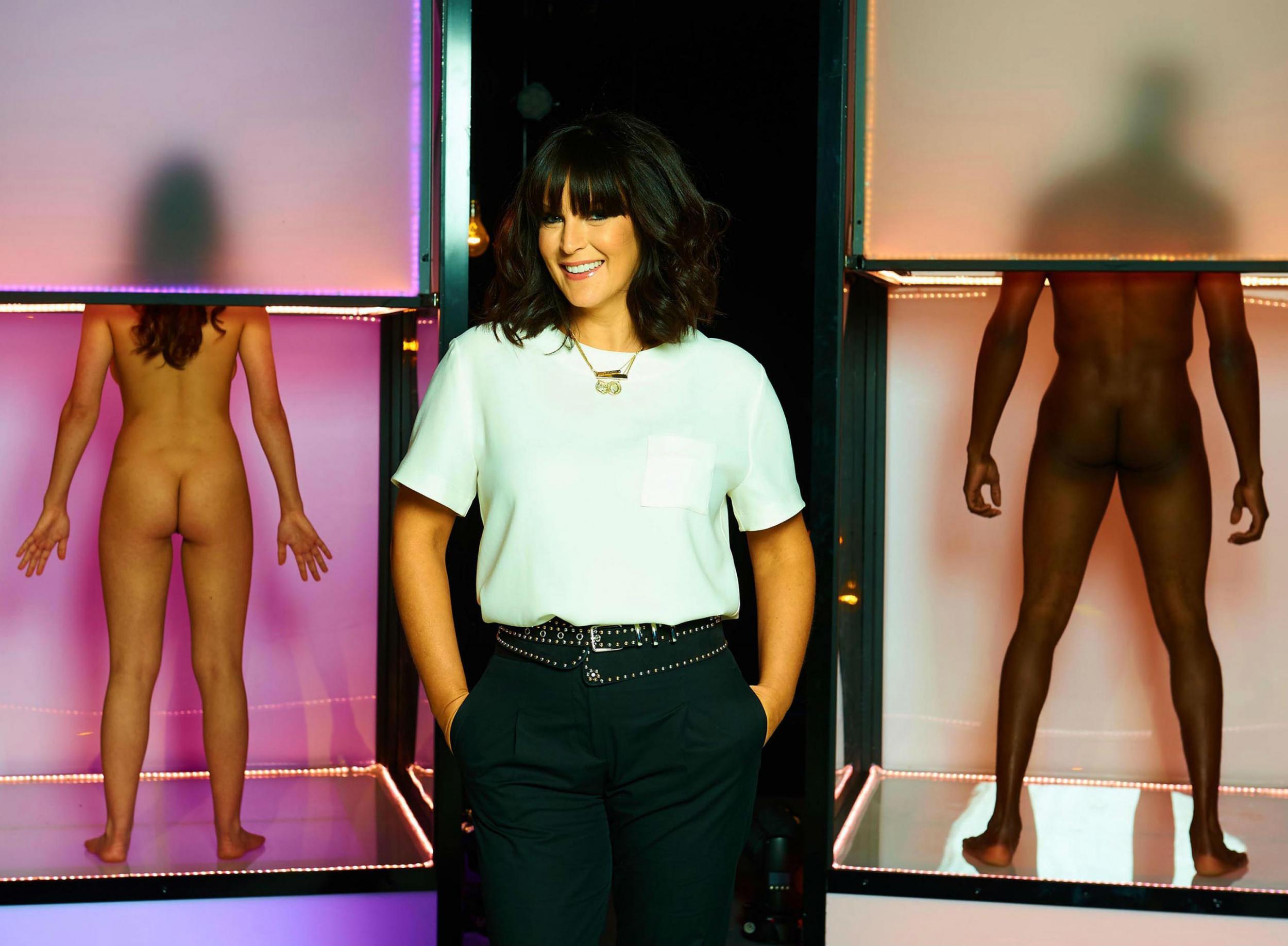 This is a guest article by journalist and blogger Lucy Clarke.

The never-seen-before format, where singles see each other fully naked before they meet in person, sent Twitter users into meltdown. Some shocked, some appalled, some excited and some downright bemused. Forget Brexit, the show, which apparently received 45 Ofcom complaints after it aired, seems to have divided the nation.

In the show, Anna Richardson, 45, ponders: “Status symbols, online profiles and clothes we wear can all get in the way of finding the perfect mate. What would happen if we were stripped of the things that usually define us? The show starts where a good date often ends … naked!”

In the very first scene we see one single lady closely viewing six bare appendages, a memorable elephant tattoo and a prosthetic leg. Discussion ensues and the round ends as the picker dismisses the bits she’s least attracted to. One of the dismissed contestants says: “I’ve been told my arse is quite juicy… you can get your five a day from it apparently.”

As more of the men’s bodies are revealed in each round, the female contestant finally gets to see the men’s faces as they discuss what their best and worst body features are. She whittles down her suitors to two, and then the blokes get to judge her body as she also gets naked. That’s when my heart skipped a beat, and I cringed. But of course I watched, because I’m now hooked. Boy, these people have some confidence.

The guys casually discuss her body hair choices, and off she trots with the good-looking elephant tattooed amputee. As they walk off the set naked and holding hands, they seem well suited. Naked or clothed, they were suited, as it showed when they went on to date each other.

“Obviously there is a physical attraction there, I think it’s unusual to have so much more compatibility there as well.” Maybe there’s something in this?

Ben Hitchens of mature dating site Older-Dating.co.uk said: “We’re surprised the show caused such a negative reaction amongst millennials. Perhaps the younger generation are not as open-minded as we thought? We’ve had some of our users discuss it at length, wondering if they’ll make a 40+ version of it. Now that would be interesting viewing!”

I spoke to sex and relationship expert Scott Brown of Sexpressed.com, who thinks the show is “stupid”, saying: “As many commentators have pointed out, Naked Attraction is simply Blind Date with nudity. People are shocked by it simply because it involves nudity. But the question people should be asking is why it involves nudity.

“What is the actual benefit to seeing someone naked before going on a date with them? If it’s because you’re concerned about physical problems they might have (blemishes, cellulite, scars, etc.) doesn’t that just paint you as a horrid and superficial person? And if it’s because you’re concerned about what they might be hiding in the sexual organ department doesn’t that also paint you as being a horrid and superficial person?

“Yes, when you go on a date with someone not having seen them naked, you might be surprised to find out that they have something wrong with their body when you get home. But guess what: everyone has something “wrong” with their body. If you’re looking for a flawless mate, you’re going to have a bad time, because they simply don’t exist.

“As far as the show goes, they are apparently trying to show that raw sexual attraction could potentially lead you to go on better dates. If you see someone’s naked body and are turned on by them, go on a date with them instead of the person whose naked body doesn’t get you going. But this whittles down sex to simply body parts, as if sexual attraction didn’t also involve conversation, body language, sense of humor, etc. Sex is a package deal, not just genitals and naughty bits.

“In other words, the show is shocking because it’s so stupid.”

“I think truth is we are all voyeurs in a sense. It is why reality programming exists in the first place. I don’t know if nudity is all that shocking anymore. The show Dating Naked has been hugely popular in the US. I think it is appealing because we are all wondering when we meet someone what they look like naked. That takes away that aspect. The mind stops wandering and fantasizing and now these people can actually just get to know one another, which leads to more intense storylines for viewers to invest themselves in more quickly.

“Do I think TV dating can get any more controversial? We now have people getting married at first sight, dating naked, and kissing upon first meeting. Unless they have to have sex through a sheet before seeing one another, I actually don’t think it will get more controversial. I think people in general are getting frustrated with dating and the obsession with sex and the shows might become more emotional and less sexual, which could be controversial in a whole other sense.”

Viewers tweeting during and after the show aired were divided in view, with some calling it exploitation, some being stunned into silence, and some thinking it’s the best thing since Blind Date.

When’s the celebrity version on? #NakedAttraction

Despite how viewers feel, those who took part in the show were mostly positive about their experiences, with contestants saying: “It was weird…good weird”, “as it progressed, I started to get more comfortable with my body”, and “we were born this way. This was certainly an empowering experience.”

A spokesperson from DateNaughtySingles.co.uk said:

“However you feel about a dating show like this, you can’t deny it’s very entertaining to watch. This new TV dating show is not controversial to us, having worked in the adult online dating industry for years now, we’ve seen it all, believe me.

“We have a feeling Naked Attraction will go down a storm when you watch it with your family members! Pass the chocolates, Mother.”

As mentioned by Emily Taffel earlier, there’s only one way that dating shows can become even more controversial, and that’s to involve some kind of sexual activity. Ben Hitchens also made a good point about bringing different age ranges to the show. I‘m very intrigued to see what twists and turns Naked Attraction will bring in the coming weeks, and if we become more accepting of the show’s format as we see more and more body parts!

A writer with over six years of experience working with a wide array of online dating sites, Lucy specialises in bringing singles of all ages little-known insider knowledge that gives those looking for love online a much better chance. Lucy regularly writes for Huffington Post, Life Hack and Elite Daily amongst many others.