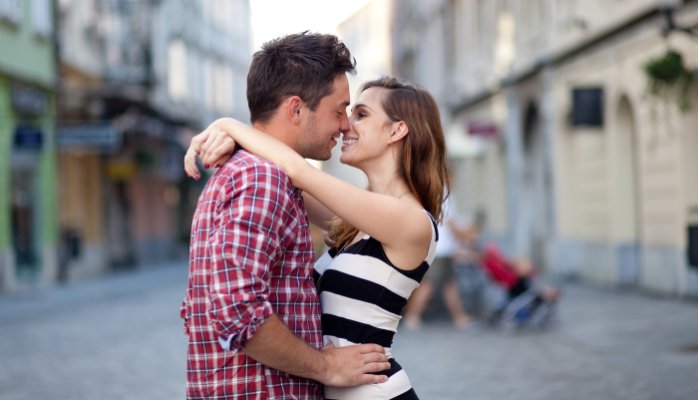 A collaboration between the Oxford Internet Institute and the Alan Turing Institute for Data Science and Artificial Intelligence in the UK has produced an in-depth analysis of historical eharmony UK data.

The study claims to be the first to use a longitudinal methodology to interrogate trends in online dating.

Looking at 10 years worth of information, the authors considered how preferences had evolved over time and whether users are more ‘tolerant’ now than they were in the past.

There are two ways matches could be made in such markets – either everyone competes for the most desirable singles (or grads / companies), and the top picks choose each other before the second best choose each other, then the third best and so on, or everyone just matches ‘horizontally’ right away, never trying to punch above their weight.

Adding a bit of complexity, evidence from wider literature in fact suggests that some traits are competitive or ‘vertical’ – people aspire to date attractive and wealthy people regardless of their own situation, but other traits are assortative or ‘horizontal’ – people also prefer to date close to their own level of education, their age, etc.

The literature review also explored the role of physical attractiveness in making an online profile desirable, noting that it was the most important feature. Users who divided opinion (perhaps someone heavily tattooed, for example) received more interaction than conventionally attractive people, however, although the most attractive people still did very well.

An explainer for high numbers of men sending messages was also offered – men tend to outnumber women on dating sites, but they are also around twice as active. Taking this increased activity level into account, a platform with a 60:40 gender ratio may ‘feel’ like 80:20 to the women online.

The first research question asks whether the move to a more egalitarian society has led people to select partners based on ‘acquired’ characteristics to a greater extent (i.e. focusing less on race, height, and other immutable factors).

The second considers messaging behaviour, and how attractiveness helps or hinders interaction on eharmony, while the third investigates how gender imbalances in messaging have changed over time.

The study found support for the idea that women are the choosier sex, but that smoking level, ethnicity, and drinking level were the most important criteria rather than factors like income or height (though women still value these more than do men). The declining importance of income may be due to women’s increased financial independence.

Physical attractiveness in a partner was more important for men than it was for women, and this did not change much over the ten year time period.

On conversation starters, it found that “online dating has not only reflected but exacerbated maledominated initiation. This is due largely to the lopsided activity levels for men and women on online dating sites, as women learn to expect male initiation and avoid initiation in keeping with learned norms.”