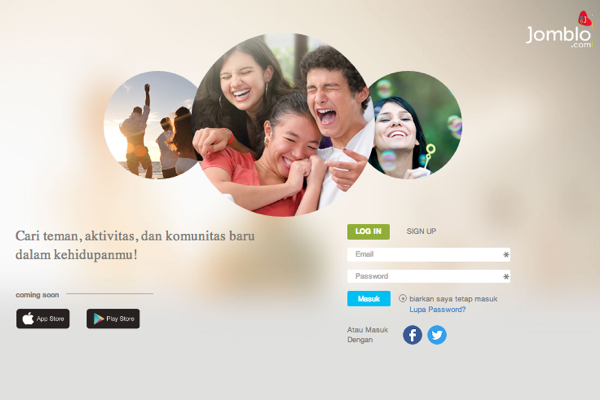 A new Indonesian social network called Jomblo has been launched.

Jomblo, the Indonesian word for “single”, is a site which looks to walk the line between a social networking platform and a dating site.

Users can search by mutual interests, are encouraged to join in with online communities, as well as being able to “like” things and message others.

In the future, Jomblo wants to launch a matchmaking feature that will match users by assessing profiles through an algorithm.

“We want to focus on reaching the singles who tend to be ‘galau’, or ‘depressed,’ when they don’t have a partner, and instead encourage them to meet new people and communities through Jomblo.”

This week they announced that the site had amassed 20,000 users since their launch on 6th February.

In a release, Rochili said: “Indonesians have been known as social media maniacs, but so far they are mostly using foreign social networks.

“Our case is evidence that we have the ability to also create something unique and that youth in Indonesia are also enthusiastic about using a locally-developed Indonesian social network.”

Half of Jomblo’s users are from Jakarta, but they say the site is starting to spread to other cities across Indonesia.

They are also implementing new features such as interest-based friend suggestions, photo-based friend searches and an Android app.