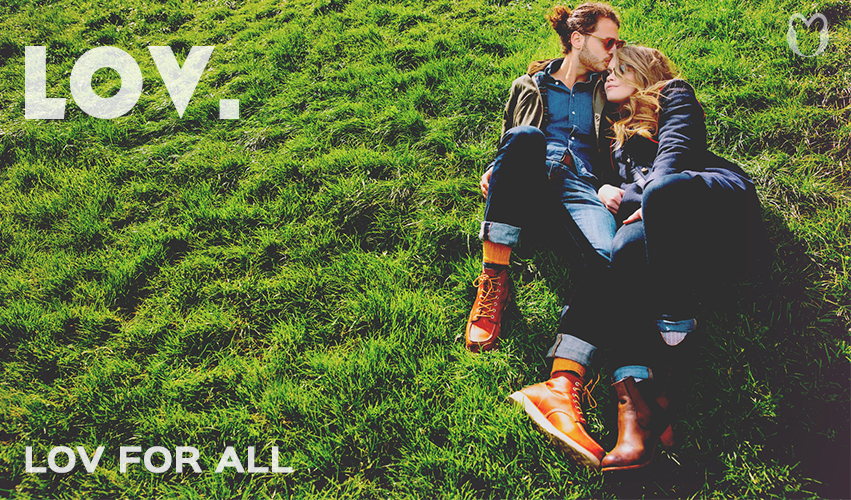 Tell us a little about your company

LOV Inc. was founded to innovate the dating industry from the ground up. We made every part of our company and app organically, focusing on online daters’ pain points and adding our technical prowess to create our powerful dating solution LOV.

How did you get into the dating industry? What is your background in?
I am a software engineer/MBA grad from the University of West Georgia. In 2011, I created a nightlife social network called Wingmen United, which was unsuccessful.

While working on this program, I developed a feature that would allow users to connect with people nearby who were looking to hang out, but didn’t pursue it. After I heard of Tinder and Grindr, I rehashed the idea – but more as a means to date, not to make friends for the nightlife.

Where did you get the idea for this app?

LOV was the result of a series of horrible online dating experiences from my friends and myself, all of which are addressed in LOV features. What makes LOV different from other dating apps on the market?
Psychologist EJ Finkel said that people have false self-perception when filling out dating questionnaires, and according to a study by Dr. Catalina Toma, 81% of people misrepresent themselves online.

LOV can’t be lied to like other apps, because it uses our SparkDNA algorithm. SparkDNA learns who you are, based on your social activity. We currently use information from Facebook, and will add Twitter and others if our Kickstarter reaches its goals.

Where will LOV be launching first? Any plans for future expansion?

LOV will be launching in Atlanta, GA, and we’re using Kickstarter to guide where we will launch in May. Otherwise, our plan is to expand until we cover the U.S., and then move overseas.

How many users have signed up for the launch?

We have about 200 users signed up for the LOV launch.

Which specific features are you most excited to share with your users?

Just so you know, I am the cyber-psychology nerd of the LOV group! Our algorithm, SparkDNA, is a first-of-its-kind scalable matchmaking model, which can continuously improve. Once we get enough users, we can perform experiments that will systematically improve our success rate. The goal is to be able to predict a long-term love match with over 70% certainty. With other sites, you’re simply rolling the dice. What do you see as the biggest problems for online daters at the moment?

I think that the two biggest problems are subconscious lies and spam.

One of the major decisions in the world of dating apps is whether or not to monetise certain app features. Why did you decide to monetise LOV’s connection feature, and would you encourage others to do the same?

Great question! Our “freemium” revenue model isn’t just to make money — it seamlessly improves our interaction rate. By having five free connections available at all time, you’re more selective and give greater importance to those conversations.

Sociologist Eva Illouz wrote, “The experience of romantic love is related to an economy of scarcity.” You’re not going to find love chatting with 30+ potential matches. But if you want to speak to 30 potentials, your $25 contribution keeps LOV ad-free!

What are your plans for the future of this app?

Over the next year or so, we’re planning to expand across the US, improve the algorithm, integrate different social networks and develop smartwatch features.

To learn more about LOV, check out the app’s official website.