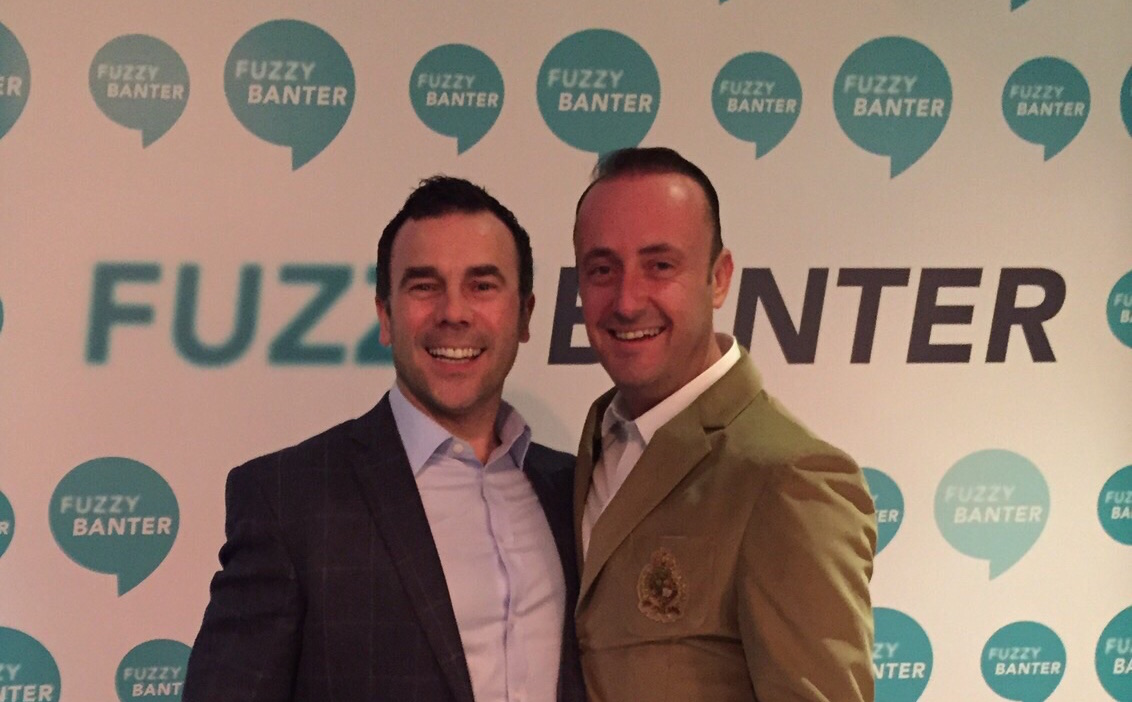 Names: Michael Caine and Allen Scriven
Position within company: Founders
Period of time in the role: Since August 2014, but we didn’t go live until 16th March 2015
Twitter ID: @fuzzybanter1

Fuzzy Banter is a dating/social-networking site that gives people the chance to chat with other users without showing their full profile picture. It takes away the shallowness of judging people on their picture alone.

Where did you get the idea for this app?

I was single after a divorce and while I was scrolling through dating sites, I came to the conclusion that I was mostly being judged on my profile photo. When people didn’t like me back, it was like a kick in the teeth — a demoralising blow to my self-confidence. One day, I received a message from a girl who did not have a visible profile photo.

I was a bit skeptical at first but continued to chat with her, as it was just nice to have a conversation. Once we had chatted for a bit, she sent me a picture of herself — but by this time, I had grown to like her based on her personality alone, and her pretty photo was a bonus. This gave me the idea of blurring profile photos as seen on Fuzzy Banter.

On another occasion, I was down the pub and four girls were sitting outside, all huddled around their phones. I went over and asked why they were not in the pub (which was full of guys), and they said they were having a laugh swiping left and right on Tinder. These girls said the days of chatting in bars were gone. The idea of Fuzzy Banter was born.

What makes your app different from others in the market?
On Fuzzy Banter, you upload a picture of yourself and we fuzz the picture, so people can only see a blurred version. People then input their likes and write a short personal bio. Users can nudge each other based on likes and being intrigued enough to want to see a clear photo. While you are chatting, you can reveal your photo in stages as you talk — there is no time limit, it’s when you feel you are ready.

You can also search for people based on height, age, and location. For example, if you’re having a night out, you can set your radius to 50 meters — which will show you all the other Fuzzy Banter users in the bar/club you are frequenting. It’s great that you are having banter with people near you, and you don’t even know who they are! Fuzzy Banter is all about chatting with people, having banter, and then maybe hooking up.

Fuzzy Banter brands itself as “the dating app that lets you show your true colours, before your selfie.” In your opinion, what is the benefit of making your profile photo fuzzy at the beginning?

As previously mentioned, it stops people judging you just on your looks and gets people talking. We have found that so many users are having real conversations instead of just swiping.

How many users do you currently have?

Since our launch about three weeks ago, we currently have 20,000 users.

What markets are you live in? Which is your most popular city?

Fuzzy Banter is available for both Android and Apple devices. London is our most popular city, with 25% of our users from this location. We also have a few locations in America using our app.

Which specific features of your app have proved to be most popular with your users?

People love the fuzzy photo concept, and being able to reveal themselves when they like. We have had people join who have never been on a dating site before, mainly because the profile photos are not public. Some people don’t want their friends to know they are on a dating site.

Also people are talking so much more — there have been over 82,000 messages sent in just two weeks.

One of the big talking points in the world of dating apps is how to monetise. Do you have any plans to monetise Fuzzy Banter?

The Fuzzy Banter app will always be free. You can use the app to chat and do all the things it is currently doing now. We do have plans for an upgrade package soon, which will include optional perks. We have some great ideas that will make it even more fun to use, but we will never take away anything that is already being used at the moment — unlike some other sites.

What did you think of Tinder’s premium service, Tinder Plus?

Tinder is charging its users for things that have been free in the past. Fuzzy Banter will never do this, because we believe that it’s wrong to initially give users something for free, and then start charging for the same service later.

What has been your marketing strategy?

We have been live for two weeks, and our main marketing has been through Channel 5 adverts and the London Underground. We have also sent out quite a few tweets. We are currently creating our next marketing plan, which consists of cinema adverts, Facebook campaigns, and more TV and London bus advertisements.

What do you see as the biggest problem for online daters?

I think that there are quite a few problems for online daters. First, women always get inundated with messages that they may not want to receive. On Fuzzy Banter, users can only talk when both people have sent a nudge.

Also, people are judged too harshly on their photos — we all have photos that do not show us at our best. Some people enhance their photos so much that the finished product does not honestly portray the subject. With Fuzzy, it’s your personality that gets the conversation going.

We have a few great ideas that we will be bringing to our Fuzzy users later this year and early next year. All I can say is to watch this space, and thanks to everyone that has downloaded our app!