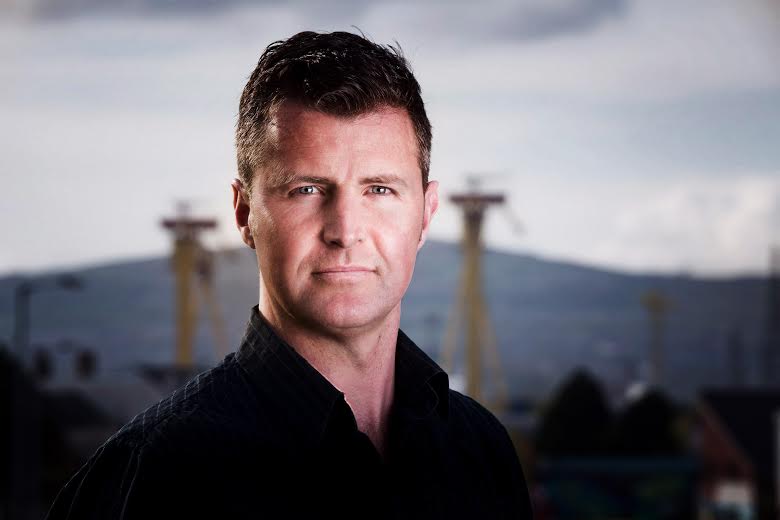 Tell us a little about your company

Pulsate is the world’s first real-time meetup app exclusively for nightclubs & bars, connecting people in an authentic way in a safe and fun environment, based on personality and interests.

What is your background in? How did you get into the online dating industry?

Well, I’m a chartered accountant! I’m not your average bean counter though, as I’ve been supporting tech startups in the Northern Ireland Science Park — so “appreneurship” has kind of seeped into my DNA over the last five years or so. I’ve also used my fair share of web and mobile dating services, so I already knew what the competition was and how to go about making Pulsate a very unique proposition to stand out in a crowded market.

The idea for Pulsate came from a night out in Tokyo 10 years ago, when a group were asked to attach little black devices to our belts as we entered a club. These would vibrate more or less the closer you got to someone who matched your settings — kind of like a game of “getting hotter/colder”. Smartphones now do this and so much more!

It was nice to have the concept validated through winning #theonetowatch at The Pitch UK — Britain’s largest small business competition.

What makes Pulsate Date different from the current crop of dating apps?

Pulsate can actually tell if you are in the same venue, so it is simply a real-time icebreaker, for as cool as technology is, it’s no substitute for meeting someone in person without any pressure, whether you are single and want to flirt, or perhaps you want to meet and socialise with people who have similar interests and outlook — then arrange to meet at the bar for a drink.

Jess Carbino, a well known dating expert, after a review of 650 dating services, summarised what the perfect dating service should cover: authenticity, privacy, a more controlled environment and a safe and easy route to meet.

If you think about it, Pulsate is the only service on today’s market that covers all four of those pillars, and it is why Pulsate decided to focus on bringing people together at bars and nightclubs.

Helen Fisher, a famed biological anthropologist said: “The human brain is the finest true algorithm for discovering whether you find somebody attractive”. She adds: “The bottom line is: Try to meet somebody as soon as possible so you can use your own mechanisms for sizing someone up.” With Pulsate, you can meet in real time to ‘size someone up’.

So Pulsate empowers both men and women to take control over who, when and how they meet. It’s like speed dating without the awkward bits.

With other dating services, you email back and forth for a while, you then have to decide on where you are going and then what to wear, make travel arrangements, tell people where you are going, risk your safety, and then potentially meet someone who is much better on paper than in real life — hey they might not even be who they say they are! Pulsate takes away all this hassle.

What security features have you included?

Safety was our number one priority from the outset, especially for women. Being in a nightclub with your friends nearby is much safer than say, meeting after exchanging messages on Tinder and meeting a stranger on your own.

Also, gone is the risk of being catfished, as any match will be in the same venue and we have seen from the trials that it reduces the chances of receiving nasty messages, as you will be meeting that person at the bar for a drink! There is the usual blocking function for those meetups, where chemistry isn’t quite there.

Oh, and Pulsate never shows you the location of the another user on a map!

Obviously, Pulsate is not really suitable for small bars where people can see each other across the bar — Pulsate actually promotes more face to face human interaction in large bars, nightclubs and will work in sports and concert arenas.

Which features have proved popular amongst your users?

Users love the fact that you can adjust your profile according to your current mood, in real time — it takes all of 15 seconds to adjust your personality settings. No other dating service allows this! Pulsate On!

Users also love the fact they can get personalised offers on their favourite drinks sent directly to their phone while they are standing at the bar.

…and of course venues love the fact that Pulsate can send out an ‘Appy hour within a 5km radius to drive footfall and then earn extra revenue at the bar.

What markets are you currently live in? Which is your most popular city?

Pulsate is currently trialling in venues from Los Angeles, Las Vegas, Miami, Manchester, Brighton and London, with New York seeing the biggest uptake. Venues are running the “Pulsate Experiment” and both the daters and the venues are seeing the benefits. So far so good.

We are also targeting student campuses, as we feel this is where viral growth will take place. Similarly, music festivals are another channel we will be pursuing to grow downloads.

How many users do you have? What is engagement like?

In the three months since launch, the user base has grown exponentially as word spreads and it has reached 10,000 downloads and 12 venues.

Do venues sign up to be included on the app? Do you partner with venues?

At the moment, daters can simply create a party for their favourite local venue and simply turn up — when they are inside the nightclub, they will see all their best matches ranked by personality and similar interest. So the choice of venue is in the users hands.

However, we realise the need to involve the venues to grow traction amongst these early adopters (as users need to be in the same place to match!).

Pulsate have added the Chief Marketing Officer of the US Nightclub & Bar Association onto the team, and so we are strategically growing our footprint. Juan has had good experience working as brand manager of Skout.

What do you think will be the biggest online dating trends in 2015?

I think you will see services utilising hyper-location come more to the fore. It will also be interesting to see if the ‘Internet of Things’ and connected devices can bring some innovation to the dating sector — perhaps a fitness device that measures if your heart beats faster when you meet that someone special! #checkyourpulse.

Pulsate is bringing some truly groundbreaking features to the dating market in 2015 — however, it’s hush hush for now. We will reveal it at the Launch Festival in San Francisco in early March. We are hoping the online dater will be hooked on the features — so watch this space!

Then on to SxSW in Austin, Miami Winter Music Conference and the Nightclub & Bar Convention in Las Vegas — so we will be totting up the airmiles.

And before that Pulsate will have a big Valentines Day marketing push…lots to get on with!