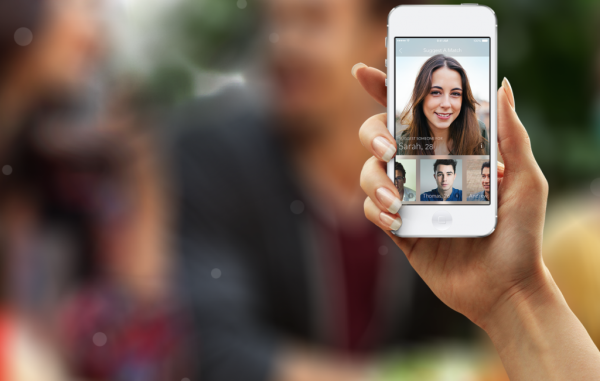 Can you give a brief description about Spritzr and what it does?

Spritzr is an app for friends to play matchmaker. For singles, it’s a quick way to meet quality dates. For couples, it’s a fun low pressure way to match up your single friends and be recognised and rewarded for doing so.

Why did you decide to create the site? Was there a specific inspiration?

As a single guy, I found online dating to be exhausting. It took up a lot of time swiping, browsing, messaging, and and generally didn’t lead to much. I found my best dates came through my social circles, which is how 64% of couples meet.

I had this one friend, Caroline, who was married and tried to set me up on numerous occasions with other single friends of hers. She wanted to see me in a relationship — partly because it would help fill that empty seat around the dinner table. But making intros is so awkward and rife with pitfalls. That’s why many people shy away from matchmaking. I thought, if I could find a way to make matchmaking simple, low pressure, and engaging, then I’d be able to get many more people to matchmake and singles would have this great source of quality dates.

What interests you most about the online dating industry?

It’s an industry that so many hopes are hung on. It can literally change your life. Very few industries have that power. At the same time it’s still stuck in the web 1.0 world. Very little ‘social’ has entered the online dating world.Understandably so, since until recently there was a stigma associated with online dating. Users didn’t want their friends to know they were using a particular site. Now that’s changed, and that opens the door for a tremendous opportunity.

Who do you consider to be your biggest competitors?

I know many start-ups say this, but I don’t believe there is any established direct competitor in the matchmaking space. By matchmaking, I mean it in the traditional sense, where a human matchmaker brings two people together. All the main dating sites and apps use computer algorithms to send you matches. The closest competitors are the ones that try to connect you to someone in your social circle, such as Hinge and Coffee Meets Bagel.

Do you feel that certain users may be put off by the idea of their friends taking the lead of choosing dates for them?

Your friends are just suggesting people that they think you might like. If you don’t like them you just swipe left, and no notifications are sent nor feelings hurt. Imagine a version of Tinder where instead of an algorithm sending you a stream of randos, you have a thoughtful human mind suggesting a friend of a friend that you might like because they know you.

I like to give the analogy that traditional online dating is like walking into a random bar where you have no social connections. The chances of you meeting someone great are negligible. Spritzr is akin to going to a friend’s party, where everyone is connected somehow — it’s a far more comfortable and like-minded environment, highly conducive to finding that special someone. What do you think are the industry’s biggest problems?

I think one ratio summarises the industry’s problems — quality of dates obtained over time invested to get them. That number is extremely low. It takes a lot of browsing, swiping and messaging before you get good dates. On Match.com less than 2% of messages sent by men are returned, while on Tinder men swipe hundreds of time before they get a match. Since the odds are stacked against them, men send a ton of glib messages — ‘hey girl, w’sup, etc’.

Women in turn get a ton of glib messages and it’s hard to discern the good guys from the bad ones. For both parties it’s an exhausting experience. As a result, the industry’s effectiveness metrics are appalling — less than 1 in 4 online daters find a relationship, and 7 times more time is spent online than going on dates. None of the major players talk about this, nor do they reveal their own statistics on the effectiveness of their algorithm.

Have you raised any funding to expand Spritzr?

How big is the Spritzr team? What are your backgrounds in?

We’re a team of 4 with diverse backgrounds in design, engineering, business and marketing.

Where are your biggest markets?

We are only live in the US, but Europe and parts of Asia would also be big target markets for us.

Where do you plan to launch next?

How many active users does Spritzr have at the moment? And what has user feedback been like so far? ?

We’re in the early stages of growth, but initial feedback has been highly positive. Users love the playful and intuitive UI. Singles see this as being a quality addition to their dating life, while couples enjoy that they can play matchmaker without the hassle. Early metrics are also encouraging with both married and single users actively matchmaking their single friends. A third of our users are sharing the app with their friends, which bodes well for our expansion.

It’ll be a freemium service once we’ve built up a significant user base.

How do you plan to acquire more users? What are your marketing strategies?

We’ve got ways to capitalise on the uniqueness of our approach that allow us to acquire users very cheaply.

What are your plans for the platform over the next year?

To grow the platform aggressively in the US this year, before expanding into Europe and then Asia.We’ll also be adding a number of features that users have been asking for.

Find out more about Spritzr here.