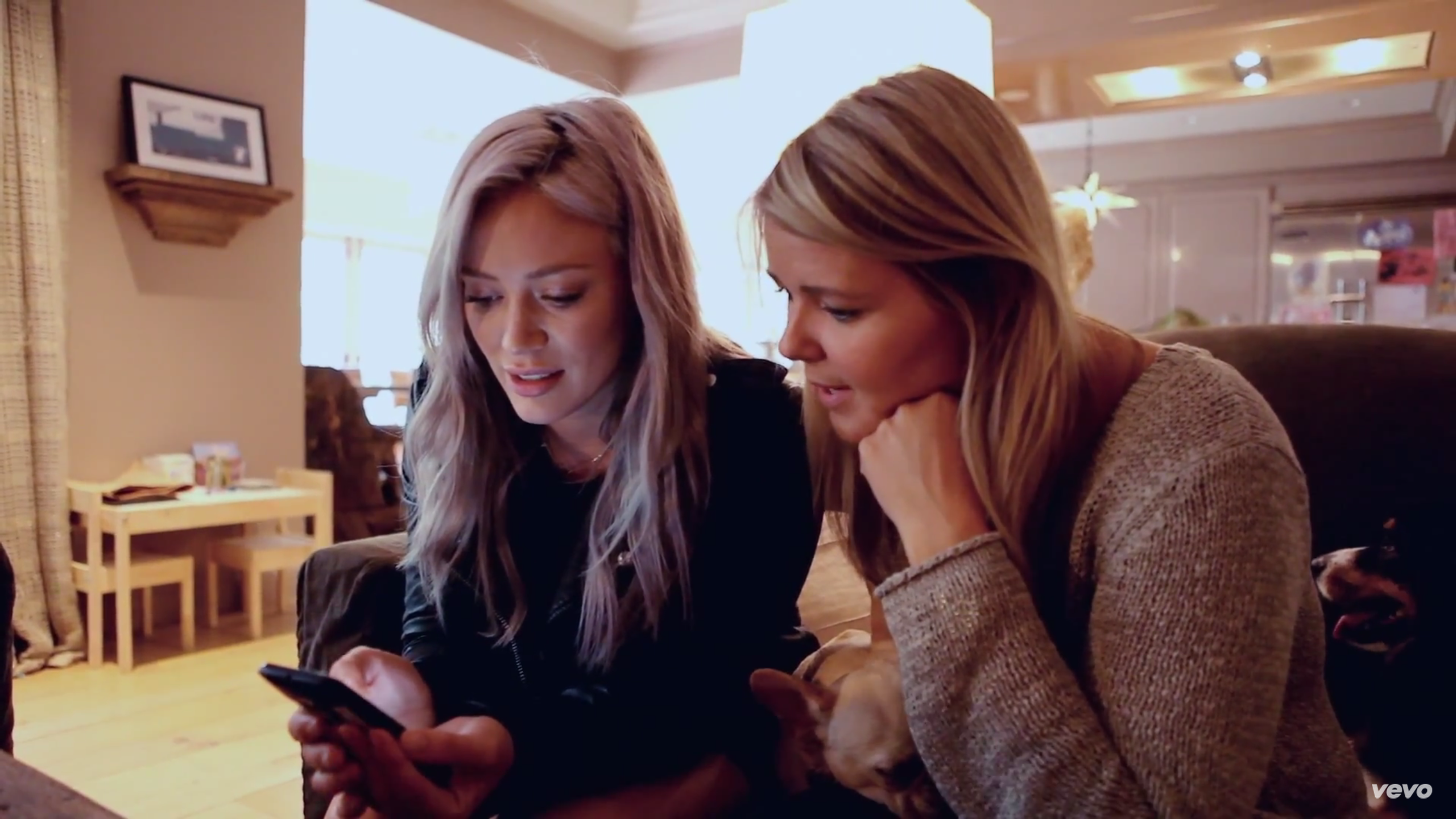 Over the past few weeks, stories about singer Hilary Duff using Tinder have been appearing in the media, after someone on Reddit posted her Tinder profile online.

After the profile appeared online, under the heading “I Found Lizzy McGuire”, Duff revealed on radio that she was indeed using the dating app, following a split from her husband.

The former child star told Valentine in the Morning she was talking to a number of guys and had a few dates lined up.

Then TMZ got word that Duff brought along cameras and filmed one date, leading some to believe she was filming a reality TV show about dating.

However today, the 27-year-old released the music video for her new single Sparks, which sheds light on the past few weeks.

The new video is essentially one long advert for Tinder, featuring her song spliced together with clips of her “Tinder story” from the past weeks – from checking the app out with friends, to making her profile, and going on a date.

On Twitter, the pop star posted the following message: So far, Tinder have not released a statement about the partnership, and no financial terms around the relationship have been revealed.

Tinder has previous in this area – the company previewed Jason Derulo’s single to Tinder users who swiped right on the pop star’s profile, and are also apparently planning events with him.

However their brand partnerships have thus far not been this far-reaching or strategic, which is likely something we will be seeing more of in the future.