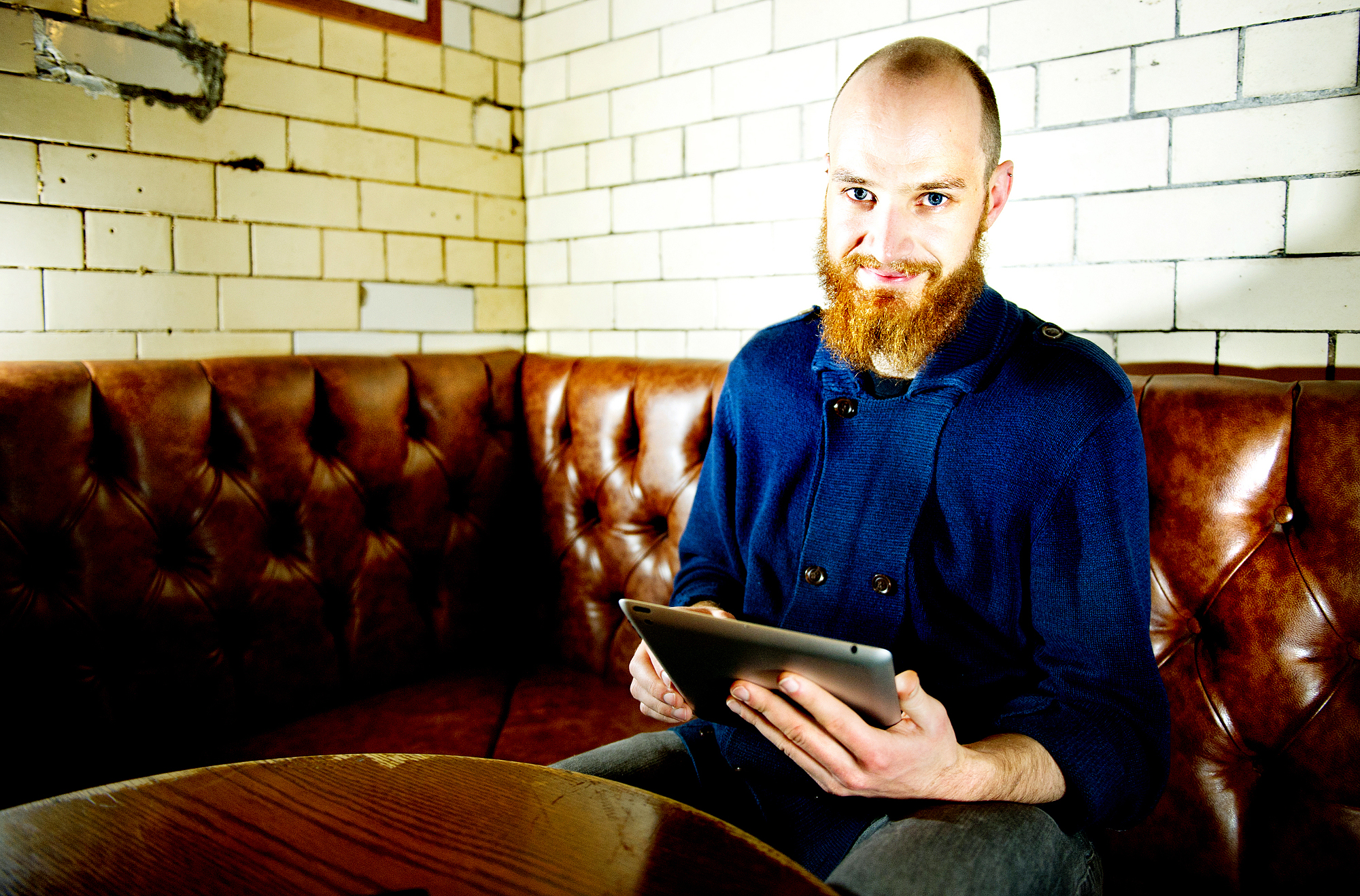 Tell us a little about Bristlr.

Bristlr is a dating site and app for people who love beards. We connect those with beards, to those who want to stroke them. We launched the prototype in October and have now welcomed more than 100,000 people to the platform.

Why did you decide to create the site? Was it launched as a bit of a joke?

The original idea – a marketplace for beard fondling – was definitely a joke. But once I’d made the prototype and launched it, it was clear I’d struck a chord with a lot of people looking for a dating service for this demographic.

Previously to Bristlr, I was a freelance developer.

How big is the Bristlr team?

Currently, we’re tiny. There’s myself as technical lead, Stephanie as CMO, and a merry band of freelancers helping when needed.

How many active users does Bristlr currently have?

We see around 20,000 people actively using the site every month.

Where are your biggest markets?

Currently the US, UK and Brazil. The Brazilian market surprised us, but we’ve got a thriving community out there now! Did the media reaction, and subsequent interest in Bristlr take you by surprise?

It did, but in a very good way. A PR wave like that is great fun to ride, and we had a solid enough product to let us onboard a lot of people who’ve stuck with us.

How are you acquiring users? What are your marketing, advertising and PR strategies?

The vast majority of our users have arrived via word of mouth and organic PR. We’re gearing up our online advertising and more traditional PR to compliment this, as well as experimenting with some more unconventional user acquisition methods.

What is the split between bearded and non-bearded users?

It’s around half and half. Interestingly, if we take only those with “good” beards (rated 2 out of 5 or higher by the community) the numbers show a beard shortage: in London for example, for every 10 people with beards, we have 26 people on Bristlr wanting to date them.

What interests you about the online dating industry?

You’re connecting real people with a chance of igniting passion and love, in a huge and complex marketplace. That’s thrilling. If you add to that the turmoil in the industry right now, the opportunity to really dominate is so compelling. There’s a lot of big players with old tech and old approaches, and I find it so interesting to watch the landscape shift.

What do think are the biggest problems for today’s online daters?

There’s so many crap services, that’s the real issue I see. They’re built on old models, old tech, and built for profit and very little else. Have there been any interesting data insights you’ve noticed from looking at Bristlr’s user base?

One fun and unexpected fact: beards look better on Fridays. We’ve got a lot of data points on how favourably people are reacting to beards, and found that on Fridays beards get a 4% boost.

Have you raised any funding for the site?

We’re in the process of raising a small seed round right now (we opened the round just last week), having just come through the Ignite100 accelerator programme in Newcastle. Because we’re in a really solid position, with a cracking team and a clear future path, the round is filling up really nicely.

How have you changed the site since its launch?

When we started, we were simply a novelty dating app for beards. Now we have the tech, the team and the playbook to be able to launch multiple apps. We’re on track to be a wildly different, and larger, business than I’d thought possible when I started.

Why did you introduce the lothario detector? How has the reaction been?

Our Lothario detector (which tells people if someone sending them a message has sent the same message to other people) started as a really simple way to prevent message spam. There are entire books written by people on how to write pickup lines to spam out on dating services to get maximum effect.

Personally, I find the practise of spamming hundreds of messages out to be pretty grim, and not at all what we’re about. We want people to (shock horror) actually read each other’s profiles and strike up a genuine conversation.The reaction has been 99% super positive, usually from women, thanking us for it. And 1% angry dudes annoyed their current tactics don’t work on Bristlr.

How do you monetise the site?

We have a little in-app purchase letting you buy us a coffee and a donut, and in return we’ll show you who likes you for a month. As time goes on, we’ll be expanding this into something more like a monthly subscription.

What are your plans for the site over the next year? Are you planning on launching any other sites?

As soon as our current funding round closes we’ll begin rapidly growing the team, really boosting Bristlr up to get it to where we think it can be, and we’ll be launching at least one other site & app. It’s a very exciting time at BristlrHQ!