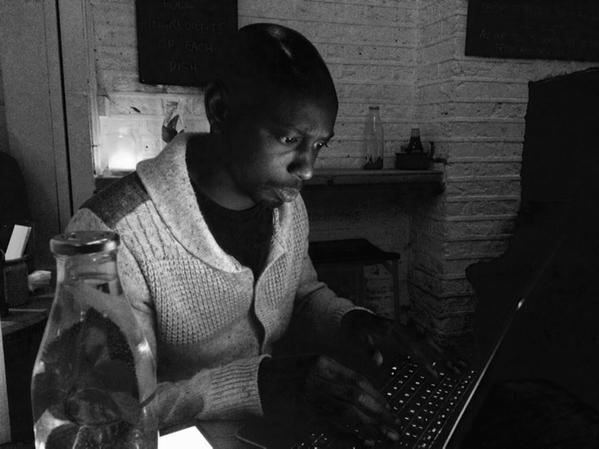 Tell us a little about TextDater and how it works.

Ok, so rather than searching a list of profiles and simply looking at someone’s picture, you actually browse people’s interests, and what they have decided makes them unique. The underlying idea is you will discover people with similar interests BUT also discover interests you didn’t know you had. When people express themselves without a picture, you really are selling personality, this is what will spark a conversation.

How did you come up with the idea for TextDater? Was there a specific inspiration behind the app?

Basically, I had been on a ton of dating sites, had some success but realised I was being so superficial about my choices. I also realised people were being the same about me – the amount of unanswered messages, most likely due to not “fitting the image”, was quite frustrating. I decided if people based their searches on personality and shared interests, this would get a lot more people dating, as by the time you are invested in a conversation with a like-minded person, looks are not as important as they once were.

Why do you think TextDater will succeed where other dating apps have failed?
There seems to be a wave of this type of dating going on, largely due to the fantastic success of Tinder. Tinder is great for what it is, but has shined a light on the superficial nature we have become accustomed to. Not only did we test the idea with friends, family, total strangers, entrepreneurs and the startup community, but we also did online and offline surveys and found that a high percentage (over 40%) of people really would prefer something different, something similar to TextDater. We also hope apps like The Willow App, Loveflutter and Fuzzy Banter do well, as it would further validate our idea and give people a good variety of something new. What do you think is the main problem for today’s online daters?

Picture-based profiles! There are many companies popping up now doing makeovers for your profile picture. While business is good, and they have found a great niche, I think this is making offline encounters (after an online arrangement) somewhat weird in that, very often, you don’t look as good as your photo shoot on a daily basis.

Do you think singles have become disillusioned with apps like Tinder?

I wouldn’t say disillusioned, but a lot of people I talk to about Tinder (and yes I’ve been on it too) seem to use it as a bit of fun, literally in groups or pairs just flicking through profiles, I think people “get” Tinder. Some people have met and are in long lasting relationships, but most people use it for fun. I don’t think Tinder tries to hide anything, it is what it is – a fun app.

Some people say Tinder is superficial because it is based around looks, but do you not think this just mirrors how people operate in real life?

To a degree yes, we are hardwired to be attracted to attractive people, but I think we are aspiring to ludicrous levels of beauty, and personality as a second place is waaaaay behind looks for a lot of people. However, I genuinely think people value personality, but have kind of forgotten this, we need to make this a close second place again.

When will you launch the app?

Predicted launch is mid-August, we have had some development problems and setbacks, but definitely before September.

How big is the TextDater team and how did you come together? What are your backgrounds in?
The team is small, there are three of us working on it – myself full time (IT project manager), designer (rillwose.com) part time, and our co-founder (cinematographer) also part time. We have used some fantastic contractors to help with marketing: beyondsocialbuzz.co.uk, PR: Impression.co.uk, events: gmgnetwork.co.uk and our very hard working development team: Mappfia.com. How many active users do you currently have?

Just over 100, with about another 150 early sign ups. It is a small number, but once the app is out we have some clever marketing planned to raise awareness and numbers.

How do you plan to acquire users? What are your marketing and advertising strategies?
We will keep that under our hat for now.

How is the app being monetised?

We are looking at a few strategies, but first of all we just want to get a good free app out there and get people dating.

Have you raised any funding for the app?

Yes we have raised £14.5k from virginstartup.org and a further £5k from the bank.

What plans do you have for the next year?

We are looking to expand outside of London, this will be very exciting for us, we may even take it overseas, but that’s still in discussion.