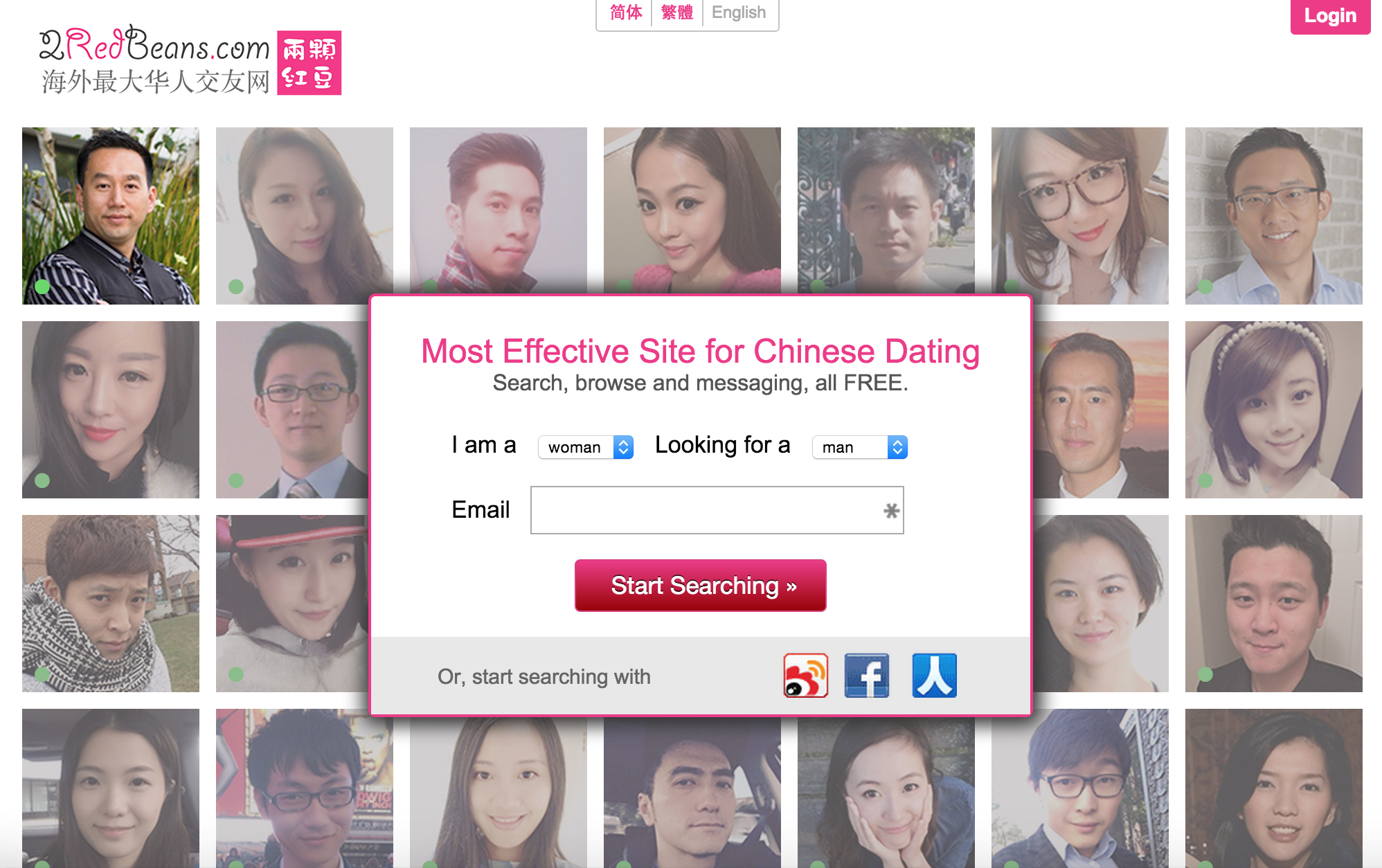 2RedBeans, the dating site for overseas Chinese singles, has just hired a PR firm to help their expansion into the UK market.

The site, which launched in 2011, lets Chinese people living in markets like the US browse other Chinese singles looking for a partner.

And Ignite PR has beaten competition from other firms to run the site’s UK campaign, according to PR Week.

They will launch a national consumer campaign, focused towards young Chinese men and women, along with a number of events across the UK.

2RedBeans caters specifically to Chinese users, with around 70% of users browsing the site in Mandarin.

Around 30% of the site’s userbase were born in North America.

At the end of last year, 2RedBeans had over 500,000 members and was growing by 10% per month, founder Q Zhao told TechInAsia.

They monetise by charging users every time they open a received message, and also offer a paid subscription service which allows unlimited messages.

Zhao said that around 70% of users purchased a paid subscription to the site.

Last year, the company – which has Match.com founder Will Bunker as an advisor – raised $2.3m in funding from investors including Silicon Valley Growth Syndicate, Fine Charm Ventures, PreAngel and TEEC Angel Fund.