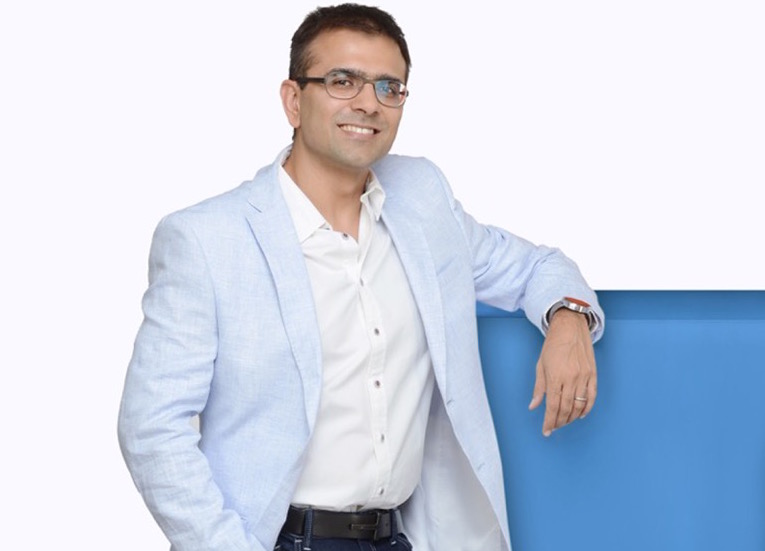 Can you explain why you decided to make TrulyMadly an app-only platform?

Firstly, we found that almost 98% of our users were engaged only on the mobile app, even though we had the platform accessible on desktop. TrulyMadly’s principal users are urban Indians in the 18-34 age group, and this is a demographic that is a heavy user of smartphones.Secondly, we realised that browsing dating profiles is a deeply personal activity, that is best done on a personal device like a smartphone, that is with you at all times. A desktop is principally used in an office or work environment, and is less suited to doing something as personal as browsing dating profiles.Finally, smartphones are today the preferred internet access device for a majority of Indians. These three factors prompted us to make TrulyMadly an app-only platform.

What are the benefits of becoming an app-only dating service?

An app-only dating platform offers people the necessary discretion and privacy that a desktop site can never provide. Also, once you have matched with someone interesting, you would want to be able to chat with them on-the-go, which is best possible on a phone that is always with you.

Do you think desktop dating will die out?

The death of desktop dating is hard to predict, but we do believe that it will definitely play a distant second fiddle to mobile dating, and that the adoption of dating apps will continue to grow much faster than that of desktop sites.

What do you think is the best way for mobile dating apps to monetise?

We at TrulyMadly believe that the discovery of singles on dating apps should always be free, but premium features and services can be chargeable. Native advertising and recommending things to do on the first and subsequent dates are two other great avenues for monetisation.TrulyMadly, for example, has kept its matchmaking free from the beginning. We plan to charge users on other features such as stickers, quizzes or games that users can purchase like icebreakers or conversation starters. We are also looking to earn revenue from creating more value for our users – for example, helping our users plan their dates better, through collaborations with food, beverages, cosmetics and hospitality brands. Do you think the subscription model will continue to thrive over the next few years?

On the contrary, subscription is very old school and a web 1.0 model. Discovery should always be free.

What interests you most about the online dating industry?

We are absolutely thrilled that in making online dating more accessible and socially acceptable, we are leading a social and cultural change in a country like India. It is extremely difficult for singles in India to meet other interesting singles outside of their friends and colleagues. We don’t have single bars here, and finding a great match outside of one’s immediate circle was improbable until dating apps like TrulyMadly came along.Nearly a third of our users are in smaller cities and towns, and many of them write to us saying how they found a great guy or girl online, and how it changed their life for the better. The idea of making such a positive difference to the lives of millions of young people in India is what interests and motivates us most about what we are doing.

As India becomes increasingly mobile, is your company witnessing a rise in domestic competition?

India has a few dating apps, but none of them match with TrulyMadly’s USP of 100% verified profiles and compatibility matching. The competition does not bother us, as we have a singular focus on offering the most exciting and trustworthy online environment for Indian millennials to meet each other.

Is online dating booming in India at the moment?

Definitely. Online dating is growing very fast and has already seen a high rate of adoption in the big metropolitan cities like Delhi, Mumbai, Bangalore and a few others. Smaller cities are not that far behind, in fact nearly a third of our users are from non-metro cities. Nearly 20,000 new users sign up on TrulyMadly every day on average, and this number has been steadily growing over the past few months.

Why did you decide to focus on security with TrulyMadly?

The biggest challenge faced by an online dating service is safety. Well before starting TrulyMadly, we found that female users, in particular, are apprehensive when it comes to meeting new people on an online dating service. Therefore, we built a proactive and trustworthy profile verification process for TrulyMadly right at the beginning. As a result, TrulyMadly is the safest dating app for users in India. When did you launch and what markets is TrulyMadly available in?

TrulyMadly was first launched as a website in February 2014 and later the app went live in August 2014. We decided to go app-only in September 2015. TrulyMadly is currently available only in India.

Which markets do you plan to launch in next?

We are focused on India right now and are excited about our growth here.

How many users do you currently have?

We have over 1.5m users across all mobile platforms as of today, and more than 2.5m matches have been made so far. Female users make up 30% of all users on TrulyMadly. On average, a user spends around 55 minutes a day on the app, which actually compares favourably to time spent on Facebook.

What trends do you think we’ll see over the next five years in online dating?

We anticipate online dating to go fully mainstream in India in the next five years, with hundreds of millions of users. India has one of the world’s largest young populations, and we expect a huge segment of them to start dating online. It will be the default way for singles to discover and meet each other. With our increasingly busy schedules, people will be using dating apps on-the-go (in trains, waiting for the dentist, at conferences etc) to try and meet a match. We also see this trend permeating down to smaller cities and towns.

What are your plans for the app over the next year?

As noted above, our singular focus is to create and provide the most exciting and trustworthy online environment for Indian millennials to find and meet each other. We are also looking to firmly establish TrulyMadly as the de facto social discovery platform for Indian millennials.In the coming year, we want to build a great ecosystem around dating, that not only allows singles to discover each other and chat with each other, but also enables their real world dates.