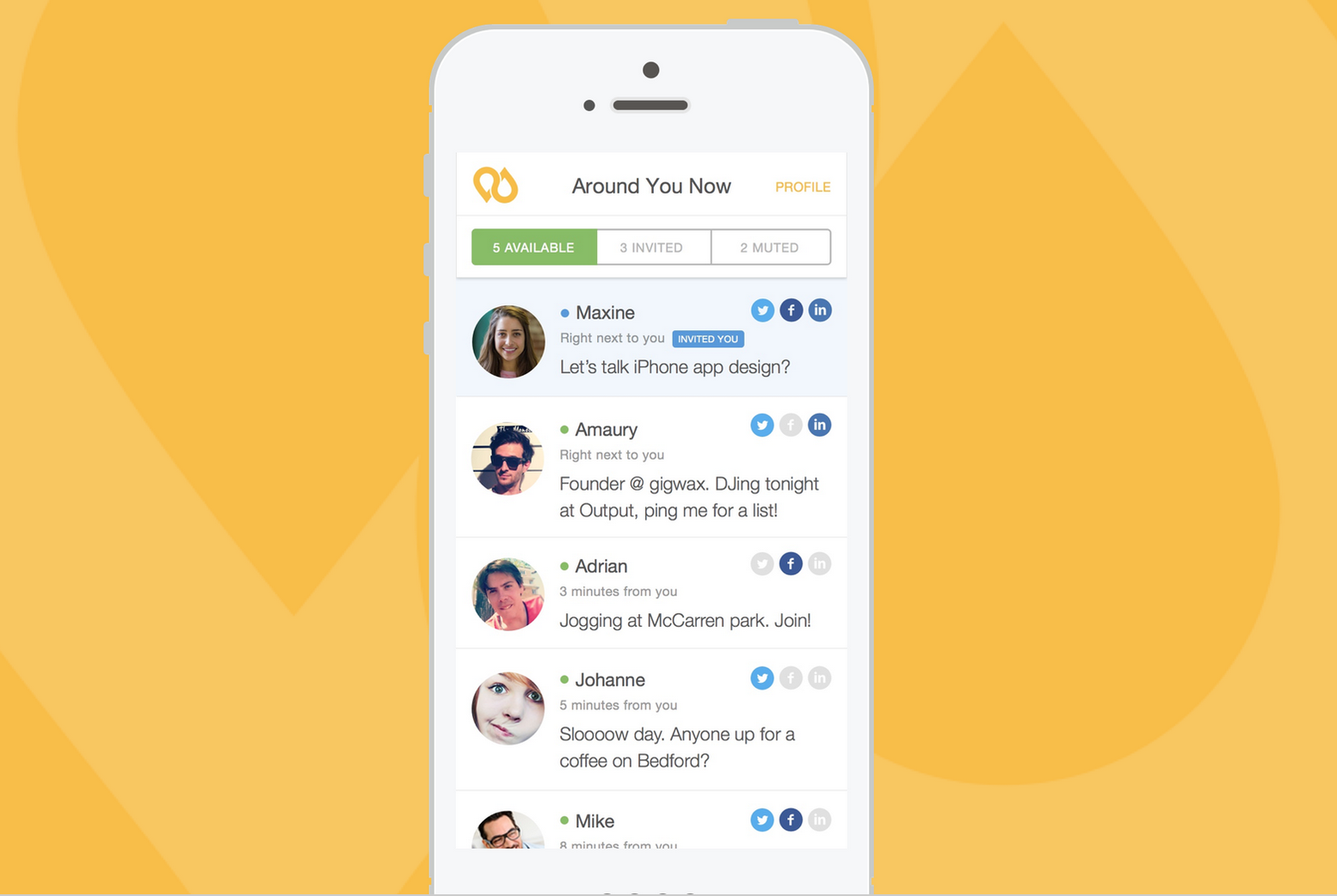 On-demand dating apps are growing in popularity, as companies seek to cater for those who would rather meet a potential match face-to-face, instead of endlessly chatting online.

Tonight shows users 20 potential matches, and sets up a date for that evening in “less than five minutes.”

This new feature is designed to cut out the often time-consuming back and forth of making firm date plans. Dating app Clover, one of a handful of dating apps already available for Apple Watch, also added an instant-date feature in early January 2015.

This service allows users to choose a time and location for their date, and Clover displays a list of matches who would be willing to attend.

Users can then review their matches and confirm the date.

In an interview with the LA Times, Clover’s Chief Executive Isaac Reichyk spoke about the rise in popularity of on-demand dating apps, saying:

“People don’t have a lot of time to devote to dating nowadays, and most of the existing dating services and apps are painfully inefficient. On-Demand Dating streamlines the dating process. Getting the whole ‘Hey, let’s meet up’ stuff out of the way upfront is a huge psychological icebreaker for people.” LA-based Whim goes a step further by taking the guesswork out of planning a date, by doing all the scheduling itself.

Users simply indicate when they are free and who they want to meet, and Whim determines the time, place and person to meet.

A similar app from London called Rendeevoo also removes the chat element of online dating entirely, connecting its users and arranging drinks at one of Rendeevoo’s partner bars in East London.

We spoke to the founder of Rendeevoo, George Christoforakis, and asked about this emergent industry trend.

He said: “Online daters realise that traditional ‘search & match’ platforms consume too much of their time for little to none guarantees that their ‘match’ will prove successful. They are very much more inclined to do the screening in real life instead of having to engage in faceless & asynchronous chats online as long as they feel safe and empowered.” And there are even a few apps looking to use this on-demand idea to create social and business connections, like Brooklyn-based GetReal.

This new app employs location-based technology to show how you relate to people nearby, through mutual Facebook friends, Twitter followers, or shared LinkedIn connections.

The app’s goal is to take people offline and back to face-to-face conversations, rather than messaging one another on the many online tools we use.

We spoke to GetReal founder, and former Engineering Manager at Twitter, Arnaud Meunier, and asked when people might use the app:

“Use cases are wide. Really. You use GetReal to grow your professional network one quick coffee meeting a time, to connect with people at an event, to learn more about your neighbours, to meet new people at the dog park, at the gym, etc.” GetReal also completely removes the messaging aspect, like many of the on-demand dating apps.

Asked why he did this, Meunier said: “Predicting the likelihood that a relationship will succeed before two people meet is not only time consuming, but also extremely difficult. And there’s probably never going to be a substitute for getting 2 minutes from another person across a cup of coffee. So why not start there?

“With GetReal, you connect in-person rather than online first. I hope this will let people meet in an authentic way, creating more natural and spontaneous conversations.”

The movement, especially in dating, is most likely a reaction to the criticism about the lack of dates certain apps like Tinder actually generate, and it’ll be interesting if someone emerges as a leader in this area, or if one of the big players decides to adopt the idea.