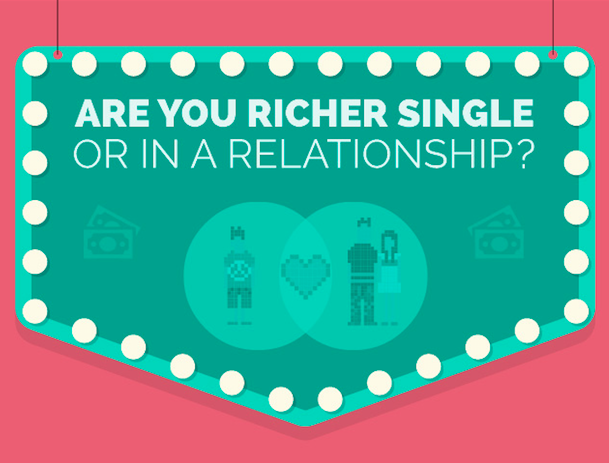 Is it more expensive being in a relationship, or being single?

That is the question posed by a new study, which asked 600 men and women on both sides whether they would be richer if they were single or not.

Interestingly, 45% of those in a relationship said they believed being single is cheaper.

The majority of men thought as bachelors they’d be better off, where as 61% of women thought being in a relationship was financially advantageous.

And yet on the other side of the fence, 68% of singles claimed a relationship would cost them more money, not less.

Pete Campbell from TotallyMoney, who commissioned the study, said: “Perhaps the grass is greener on the other side. While those of us with a better half spend money on dates, getaways, weddings and birthday gifts, single people face the burden of shouldering food bills, energy bills, petrol and rent alone. Yet, in reality, the 300 single people polled in the survey seemed oblivious to these extra costs.”

See the full results of the survey, carried out using Google Consumer Surveys, below: