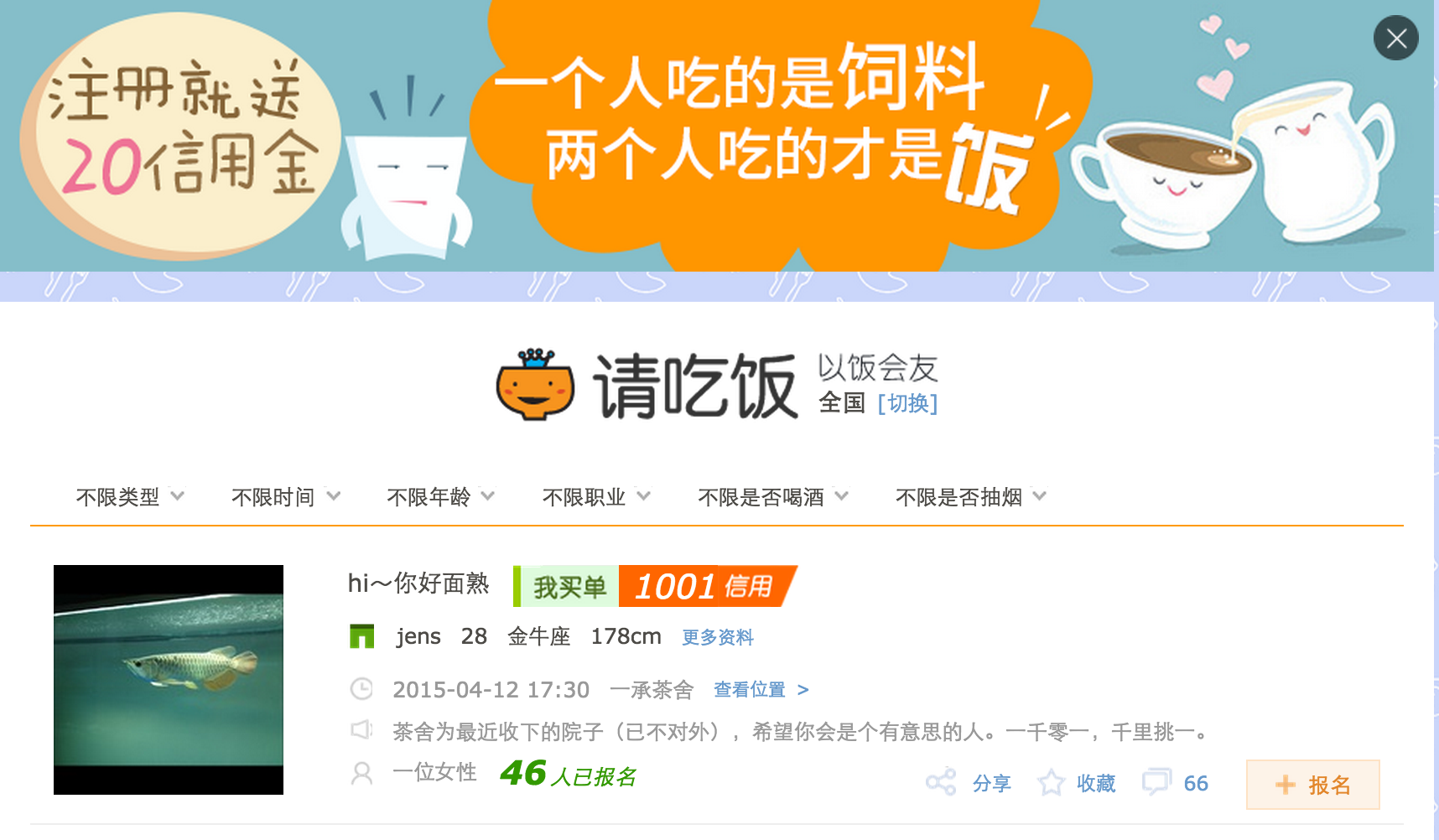 The app connects singles for dinner dates, based on similar interests and set preferences.

And TechInAsia reports, via 36kr, that the app has just raised a round of series B funding led by Vertex Ventures and Sequoia Capital.

This most recent round puts their total funding at $20.5m.

The app works in a similar way to other dating apps – users set up profiles, browse singles, search via proximity, and chat in-app.

However like other recent mobile dating apps, Qingchifan is primarily concerned with getting people out on dates.

Singles choose a time, restaurant and even whether to split the bill beforehand.

The app monetises via an internal “credit score” that is used to match users up – and singles can pay to promote their profile, and make it more visible.