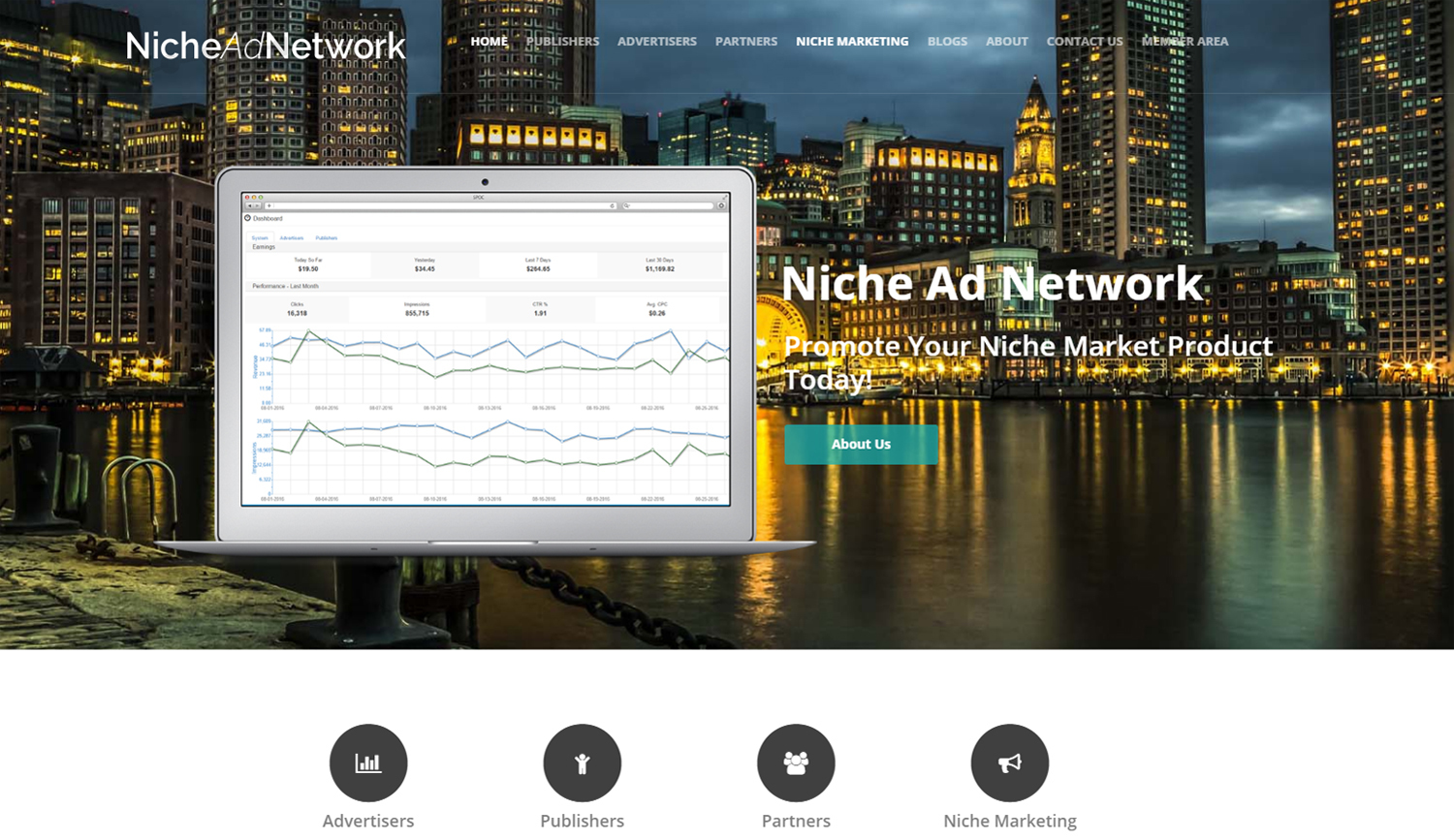 The digital ad space, like the online dating industry, is currently controlled by a few large players.

With Facebook and Google registering total ad revenue of $26bn and $22.4bn respectively last year, it was estimated the two giants accounted for 90% of growth in the first half of 2016.

Although this monopoly is much less pronounced in the dating industry, the weight of the largest players has pushed the space further towards niche specialisation – something that has also happened in the digital ad space.

A new ad network for the dating industry wants to take advantage of the niche opportunity available in both markets by linking them together.

The network currently offers over 70 niche dating ad channels, and is working with a range of publishers across the US and Europe.

As co-founder Michael Carter explained when we spoke to him earlier this year: “The concept of niche marketing isn’t a new one. It is a recognition that there are individuals with very specific interests, and it makes sense to focus ads directly to those people instead of to the general market.

“Our niche dating ad channels allow advertisers to easily reach the groups they are interested in, and our approach allows publishers to know that the ads on their sites speak to their visitors, and most importantly, the visitors to sites see ads that are actually matched to their interests.”

The Cheyenne, Wyoming-based business is looking to work with publishers in the online dating space either running general or niche sites with ad-based or freemium models, or those operating dating information sites or online dating directories that have niche dating categories.

The platform was co-founded by Michael Carter, the President of Passions Network, a dating business founded in 2004 that runs a network of over 260 niche dating sites.

We recently chatted to Carter about the new venture, why he sees it as filling a gap in the dating market, and why dating advertisers and publishers should be interested in the new ad network.

Read an edited version of the conversation below. Can you briefly explain what Niche Ad Network is and what the company does?

Niche Ad Network is a self-serve CPC ad network with a focus on niche markets. The concept of the company is to directly connect advertisers looking to reach specific niche markets and demographic groups with publishers of niche specific websites.

Why do you think there has been such a big growth in the niche ad network marketplace over the last few years?

The internet allows for hyper-segmentation of unique groups, and this is well represented by the massive number of websites that focus on very specific subsets of people. The growth of niche websites can be compared to what you would see when you view any large magazine rack. While there will be some magazines that are meant to appeal to anyone and everyone, right next to them you will see magazines that are focused solely on science, or running, or art, or home repair.

Basically, the concept of niche marketing isn’t a new one. It is a recognition that there are individuals with very specific interests, and it makes sense to focus ads directly to those people, rather than the general market. With this recognition comes the growth of niche ad networks designed to facilitate the ease with which advertisers can reach their desired target market.

Why did you decide to focus on the exact demographic and interest group in each niche dating site? What are the benefits of doing this?

With any ad network, there is always the chicken and egg issue to deal with, meaning you need publishers for your ads, and you need ads for your publishers. Without both pieces of the puzzle, the ad system cannot work. To make our system work, we identified a large number of niche dating websites and built a list of the individual niches, which we then presented to niche dating advertisers.

How do you ensure that visitors see relevant adverts?

Our primary focus is on the relevance of the publisher website to the niche ad channel selected to the advertiser’s ads running within it. Our goal is to make sure that the ads in each ad channel are highly relevant to a site’s visitors by monitoring the ad channels, the sites they are on, and the ads within them. With regards to making sure that visitors see the actual ads, we can’t ensure that, as ad placement is up to the publisher.

We can say that all of our publishers are using our 728×90 leaderboard image/photo/text banner ad placement, which helps to increase the likelihood the ad will be seen. Of course, since we only charge by the click, if the ad is not seen, it does not count against the advertiser in any financial sense, but it’s obviously in everyone’s interest that ads are placed in visible areas.

As a side note, our system automatically converts the 728×90 ad space to a 300×50 ad space when a site is viewed on a smartphone. For this reason, we require all advertisers to add a 300×50 banner and/or a text ad for every campaign they run in our system. This approach ensures that neither the publisher nor the advertiser will miss out on ever-increasing (and highly-important) mobile traffic.

Why do advertisers & publishers like using your platform so far?

Relevance! The feedback we are receiving is that both our publishers and advertisers like the relevance provided via our niche dating ad channels. The publishers like that they know the type of ads they will see on their sites. The advertisers like that they know their ads are reaching the right audiences. And based on feedback from our advertisers, conversions are strong, which is likely due to the highly-targeted relevance provided by our niche dating ad channel approach.

In fact, we are in the enviable, although somewhat frustrating, position of having advertisers asking us to provide them with more traffic than we are currently able to provide. Of course, as we continue to expand our online dating publisher network, this issue should quickly be resolved. For online dating publishers, this is a sign that there is money waiting on them, once they sign up with us.

Separately, while we are already working with companies in a number of countries, we will be focusing on expanding our reach within Canada, the UK, Europe, and South America. Basically, we don’t plan on sleeping in 2017.