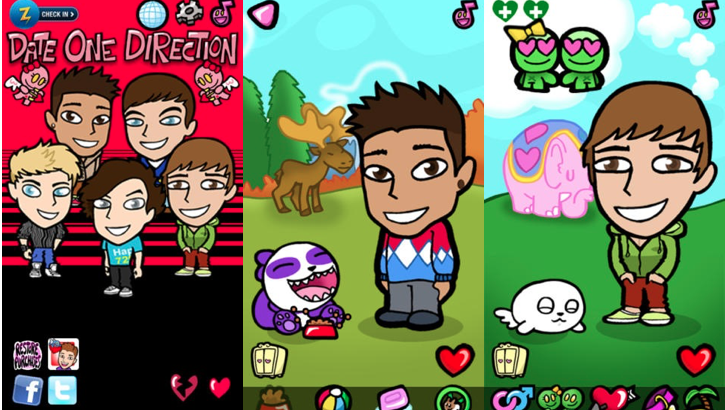 Concerns have been raised after an advert for Zoosk appeared on an app popular with young One Direction fans.

Banner and full-screen adverts for Zoosk were noticed on One Date Direction, a game where fans of the British boyband virtually date the band members.

The ads showed men and women alongside the caption “meet local singles!” and offering a free download to browse, chat, flirt and date.

The ads were noticed by Childnet International, who contacted the Advertising Standards Authority to say the ads should be removed.

Zoosk have since removed the ads from the One Date Direction app, and said confusion may have occurred because of the dating aspect of the app.

The dating company said they had procedures in place to ensure their ads reached their intended audience, and has suspended the account with their ad agency.

However they also said the nature of the app, where fans virtually date the 20-something band members, was not obviously for children, which likely have led to the ads mistakenly being placed on the app.

The ASA said: “We appreciated that the D1D app had more mature themes than one would expect from a game with a target demographic of 13 to 17-year-olds.

“However, we were concerned that ads for an adult dating service that encouraged those who saw them to ‘chat’, ‘flirt’, ‘date’ and ‘meet local singles’ had not been flagged as appropriate only for adult audiences and had, as a result, appeared in an app that was targeted at children.

“For that reason, we concluded that the ads had been irresponsibly placed and were in breach of the code.”