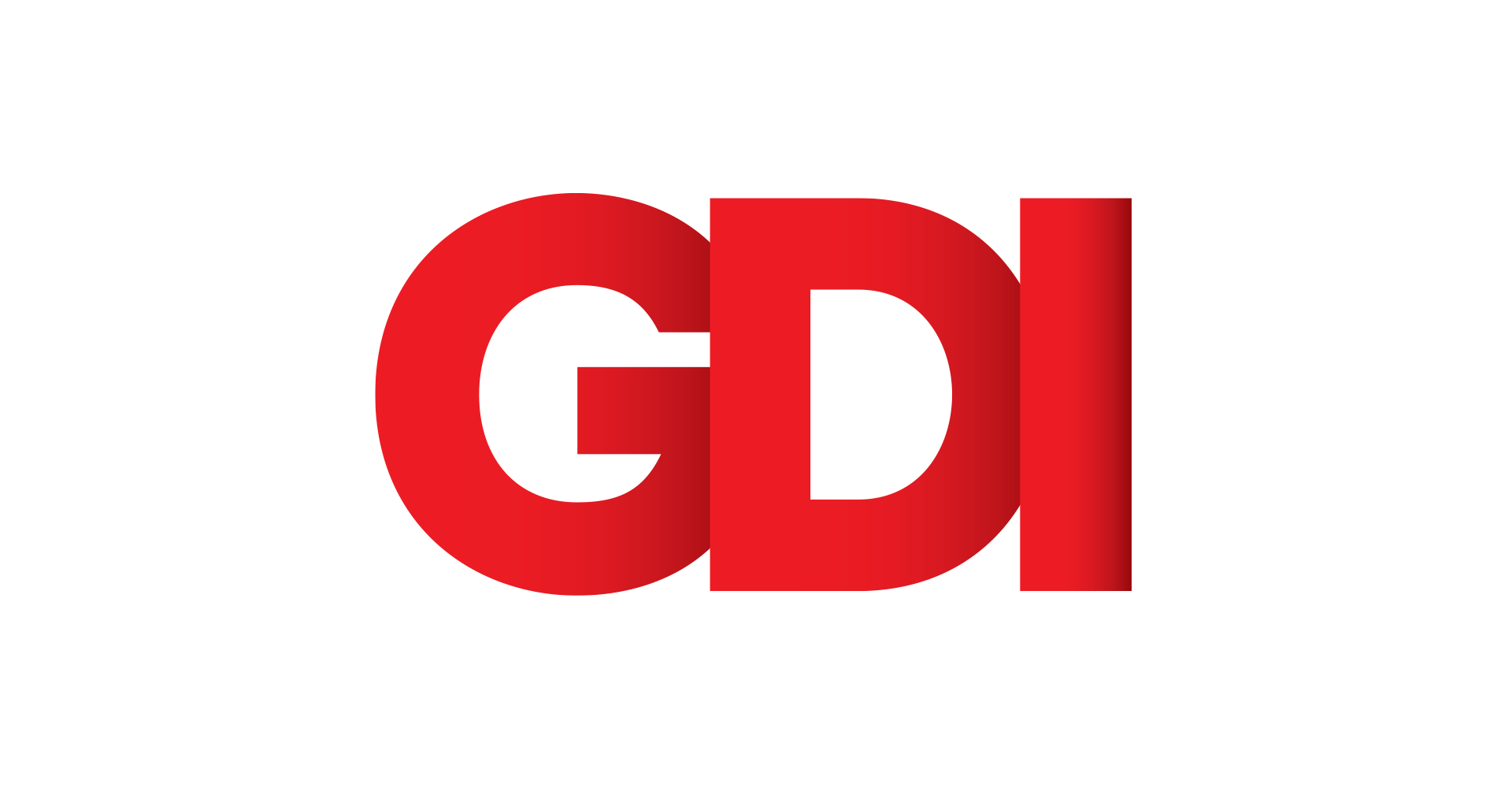 Global Dating Insights has launched a series of monthly webinars, helping to keep the industry connected, informed, and enable a platform for real discussions by real entrepreneurs.

GDI’s Third Thursday webinars are a free-to-view session that will gather the online dating industry’s leading minds for an afternoon of learning and knowledge sharing.

Every month we will cover a new topic from a new speaker, including the launch of the new platforms, the current market, the future post-COVID, policy and safety, monetisation, traffic and more.

GDI is delighted to announce that REDDI will be joining us for our August Third Thursday webinar. Stacy Thomson, founder and CEO, will join our editor, Luke Smith, at 3pm BST on Thursday, 18th August 2022.

We’ll discuss the launch of the new platform, and the shift towards serious, long lasting relationships. We’ll also talk about the shift in dating trends post-COVID, and why people are now looking for deeper, more meaningful connections.

In this webinar, GDI is joined by Courtney Kovacevich, founder of the Women In Dating council. We are also delighted to have been joined by three council members – Jess Alderson, CEO and co-founder of So Syncd, Sneha Ramachandran, Head of Operations and Performance at S’More, and Alice Hunsberger, VP and Global Head of Consumer Experience at Grindr.

Within this webinar, we discuss how to build a community in dating, and how we can enhance female leadership across the board. We also discuss how to ensure your platforms are doing as much as possible to enhance your user base, and the future of the women in dating council too.

In this webinar, GDI and Dr. Hannah Shimko, Director of Communications at the Online Dating Association (ODA), will host a webinar looking at the the importance of governance and regulation in modern online dating. Luke and Hannah will talk about the issues of 2022, why this new era of dating is causing never seen before problems in the industry, and how platforms can help to combat this. The ODA will also offer their support and advice on issues within the industry, and how platforms can look to get involved with the ODA.

In this webinar, GDI and Adam Cohen-Aslatei, CEO at S’More, will host a webinar looking at the rise of anti-superficial dating. We will look at why it’s so important, now more than ever, that dating becomes personality based, rather than simply looks alone. We will also look at the development of dating platforms into social experiences, talking about S’More’s TV series, and the various social opportunities available to users, pushing it far beyond the bounds of a simple dating platform.

In this webinar, GDI and The Sauce will host an exploration at the intersection of video based dating profiles. We will look at challenges that exist in the dating industry, and in an increasingly isolated digital society. We’ll discuss the historical role of video in dating, why it’s such an important step forwards for dating, and also how the past twelve months have been for The Sauce, including their future plans, and the role of Gen Z in online dating.

In this webinar, GDI and Press Play hosted a research-based exploration at the intersection of music, community and storytelling. We looked at challenges that exist in the dating industry, and in an increasingly isolated digital society. We discussed the historical role of music and share analysis that reveals how we can bring people together across time, space, experience, and ideology.

In this February’s GDI Thursday Webinar, the first one of 2022, we’re joined by Christian Mercer, the founder and CVO (Chief Vision Officer). Within the webinar, Christian and our editor, Luke, will discuss the role of Positive Plus One in the industry, the future of the platform, the importance of a specialist HIV dating platform, and the role that COVID-19 has played in changing the dating industry.

Founded in 2014, muzmatch has grown into one of the biggest Muslim dating apps in the world. It boasts over four million users and has facilitated more than 100,000 weddings to date.

Muslims account for approximately one-quarter of the world’s population, but traditional values and beliefs have prevented online dating from being widely adopted. More and more young singles are wanting to take control of their dating lives, rather than being set up by family members.

The team have worked to create a platform that makes use of modern technology while also remaining true to established teachings.

Over the past 12 months, muzmatch introduced a number of new virtual dating features which have kept members active during the periods of lockdown and social distancing. They also serve as an additional safety measure for conservative singles who might want to make sure they trust their match before meeting in person.

Shahzad joined us to talk about the history of the brand, what’s coming next for the business and how the Muslim community is beginning to accept online dating.

Like the majority of technology industries, the online dating industry is largely dominated by male executives, professionals and investors. However, there has been a significant number of female founders who overcame all the challenges and created popular products to ensure women feel empowered and secure when dating. While these success stories are more prevalent than other similar sectors, there is still work to be done to create and maintain a level playing field.

In partnership with RealMe, Global Dating Insights invited three inspirational female founders to record a special webinar and podcast, discuss their experiences and share advice to the next generation of founders. We also have a special guest moderator, Charly Lester, female co-founder of Lumen, who exited the group last year and continues to represent the dating industry in a number of different capacities.

Kim Kaplan was one of the first employees at Plenty Of Fish, helping to drive product, marketing and revenue initiatives. She recently became the CEO and founder of Snack, a video-driven dating app for Gen Z singles which is marketed as a mix of TikTok and Tinder. Snack is already resonating strongly with its target audience, and announced the completion of a $3.5 million pre-seed funding round in February.

Inner Circle is a dating app that wants each and every user to be serious about finding a relationship. All new accounts are screened to make sure they adequately show off the person’s values and interests.

Over the past 12 months the company has undergone a rebrand and introduced a new marketing message of ‘Meet Your Match’. It mirrors Inner Circle’s commitment to setting up matches for serious, long-term relationships, and not just meaningless connections.

David spoke to us about how Inner Circle has evolved in the past year, some of the details of the rebrand and what comes next after the pandemic.

It’s been a year of impressive growth for Aisle as it pivoted its growth strategy to coincide with the developing pandemic. Offline speed dating events were no longer possible, so instead, Aisle focused on an audio virtual feature and introduced a premium membership option.

At the end of 2020, Aisle was downloaded in India more times than any other dating app, with the exception of Tinder.

The most recent news was the exciting launch of a new app called Arike. This is specifically for people who speak Malayalam, a native language from the Kerala region. Aisle is planning to launch more ‘vernacular’ platforms in the future, based around India’s various languages and cultures.

In this webinar we learnt more about Aisle’s development, how the team has evolved over the past year and the Indian dating space in general, one of the industry’s most interesting emerging markets. 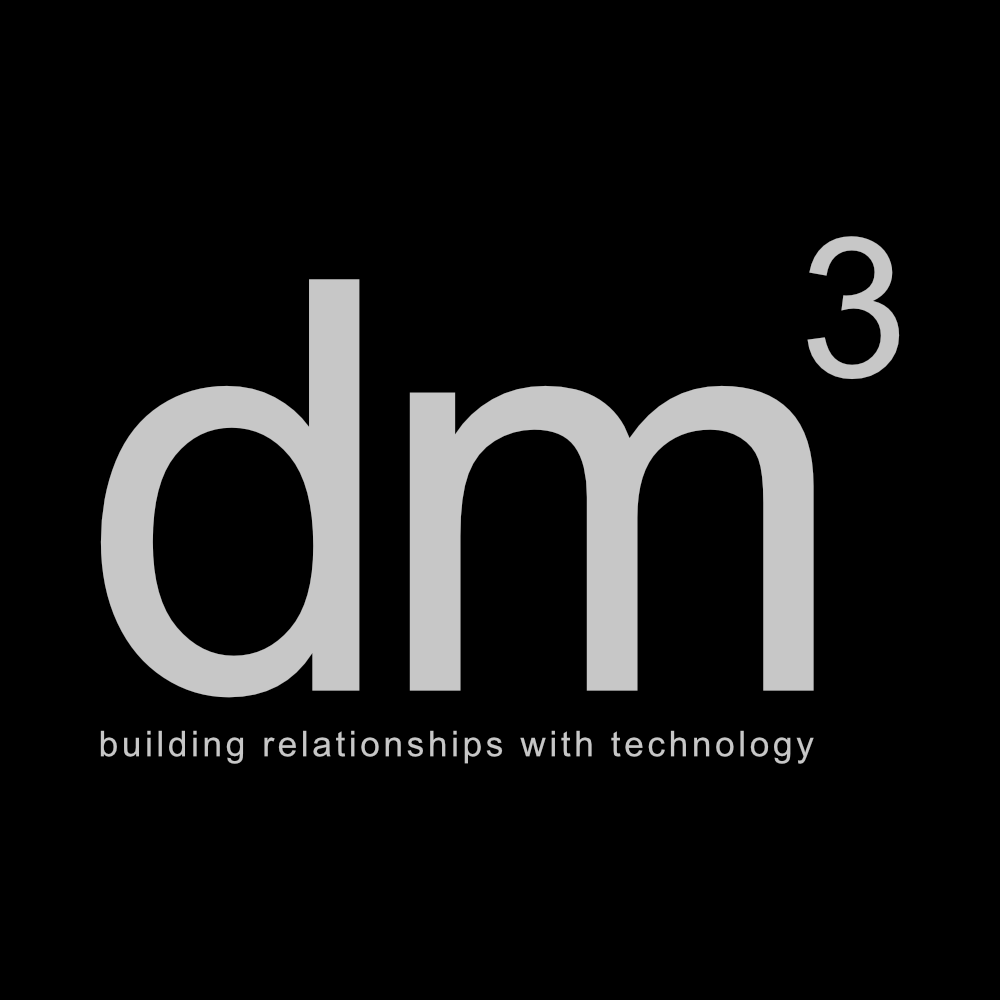 David is a serial entrepreneur has spent the past decade-and-a-half identifying under-served demographics in the online dating industry and producing high quality platforms for them. He runs every stage of the operation himself, from software development and product design, to marketing and customer service.

In this webinar, we will learnt all about identifying niche trends in the ever-increasingly saturated online dating space, how David has evolved to ensure his products remain relevant over the years, and a hint at what he has planned for the near future. 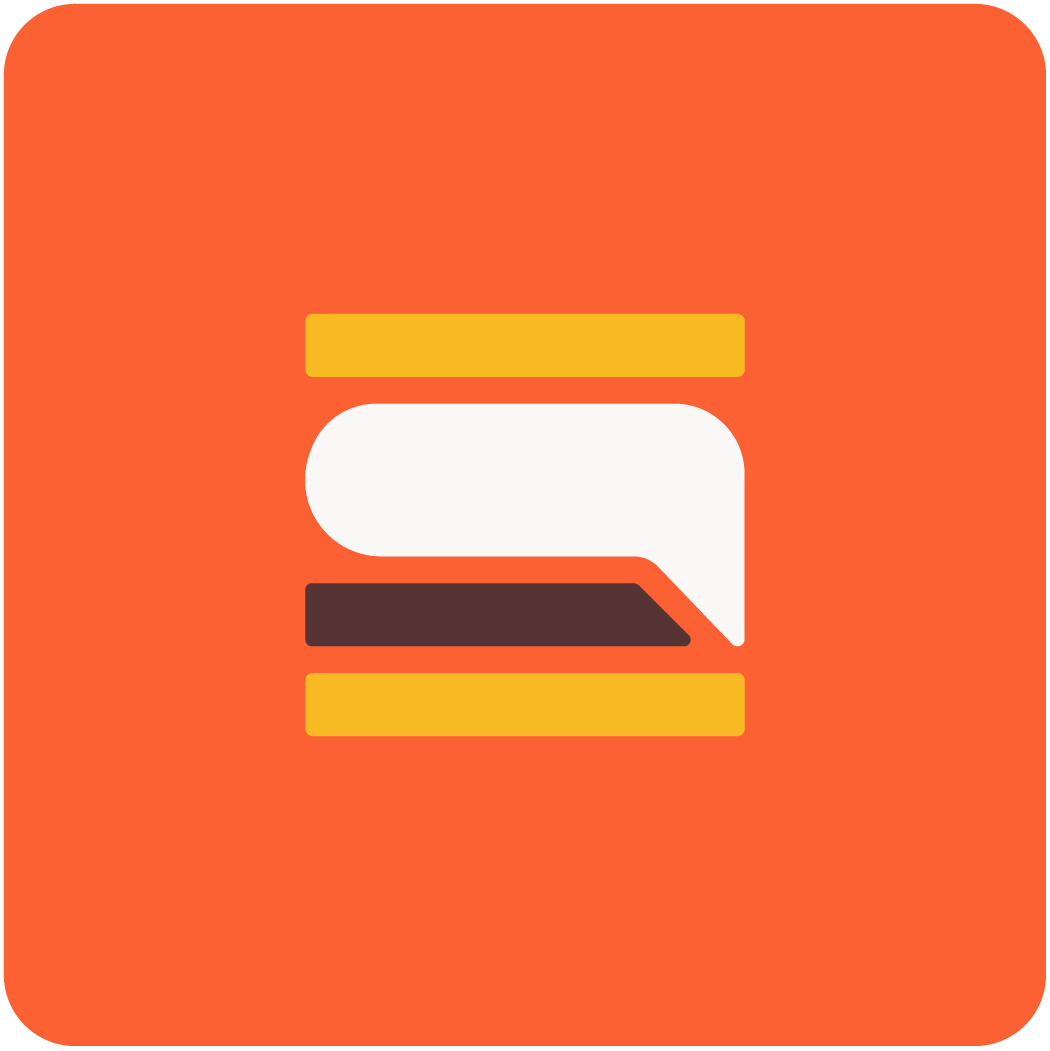 S’More was launched in 2019 and is one of the leading pioneers in the anti-superficial dating space. By making users send messages before seeing pictures the platform cultivates deeper connections that are based around more than just physical attraction.

Adam spoke to us about why this is a growing trend in the dating space, as well as touching on how dating apps are expanding into other forms of media. It was recently announced that S’More was working on its own reality TV show. 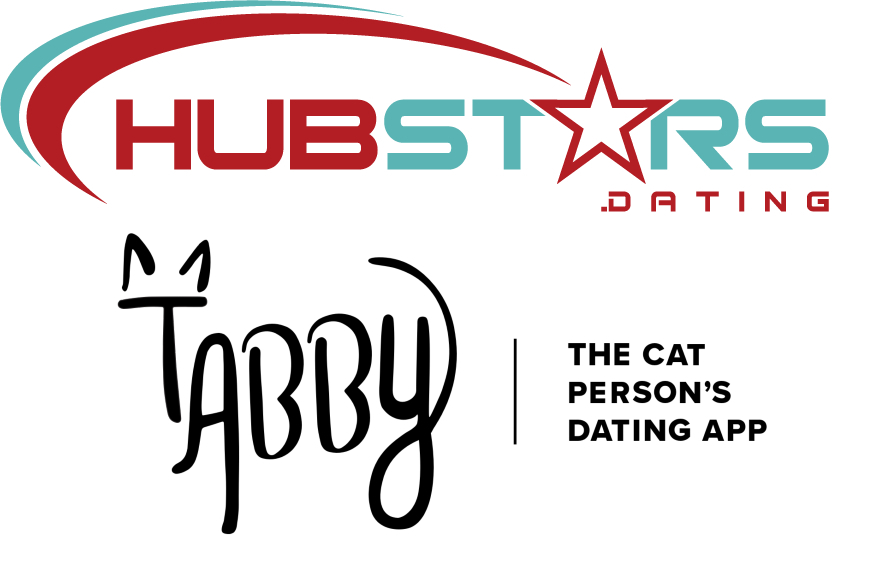 HubStars launched the Million Dollar Dating Project in March 2020 to help dating entrepreneurs take their products to the next level. Leigh was one of the first recipients of the support and created Tabby for cat-loving singles, her second app overall.

This webinar looked at how the product was developed alongside HubStars and some of the unique experiences that came with releasing an app in a pandemic.

Luke and Harrit spoke about what it’s been like for new startups to launch during the COVID-19 pandemic.

To round off a difficult year, GDI celebrated two young founders who have the potential to make a mark on the industry over the next couple of years. 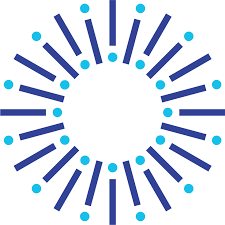 Geoff explained how the COVID-19 pandemic has caused the relationship between dating and video to develop quickly, and speculated what the future might hold.

He believes that online dating premium memberships are on the verge of stagnating, and that something needs to be done to help the industry continue to grow. This could potentially come from a ‘Reality TV 2.0’, live streamed dating shows that are free to watch, but the audience can donate gifts in exchange for acknowledgements.

The session explored how Dating Group has adapted its investment strategy for its $50 million VC fund in the wake of the COVID-19 pandemic.

Bill is also spoke more generally about how the online dating sector’s investment landscape has changed as a result of the developing economic situation, and what Dating Group is looking for from its next investment opportunities. 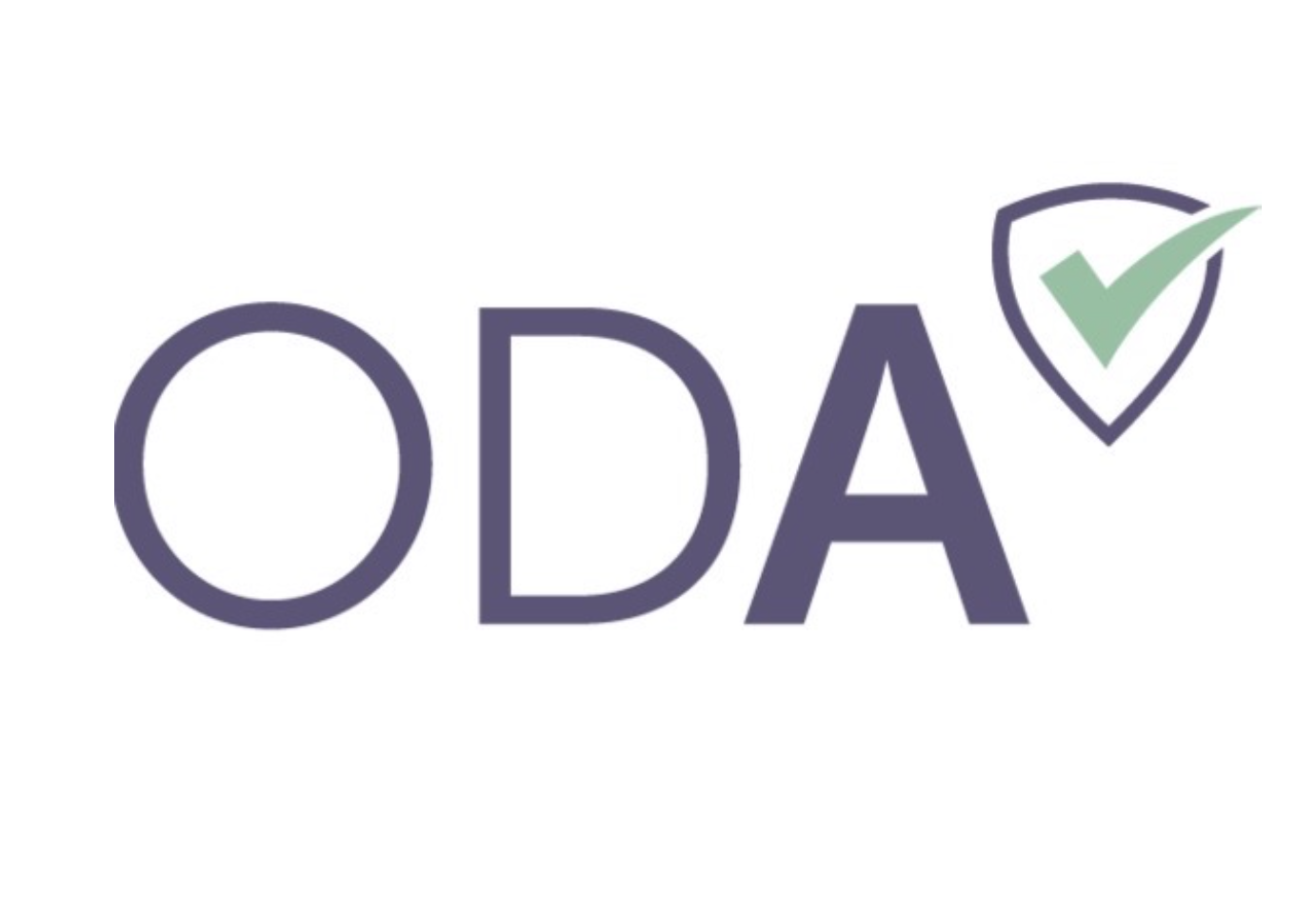 George presented a session titled ‘What Makes The Spotlight Come Our Way?’ which focused on how the industry deals with attention from the rest of the world. This included virtual dating in the time of COVID-19, as well as data leaks and romance scams.

The ODA is keen to ensure the space is ready to deal with negative changes in the world, so all the hard work to get rid of the stigma around online dating is not lost. 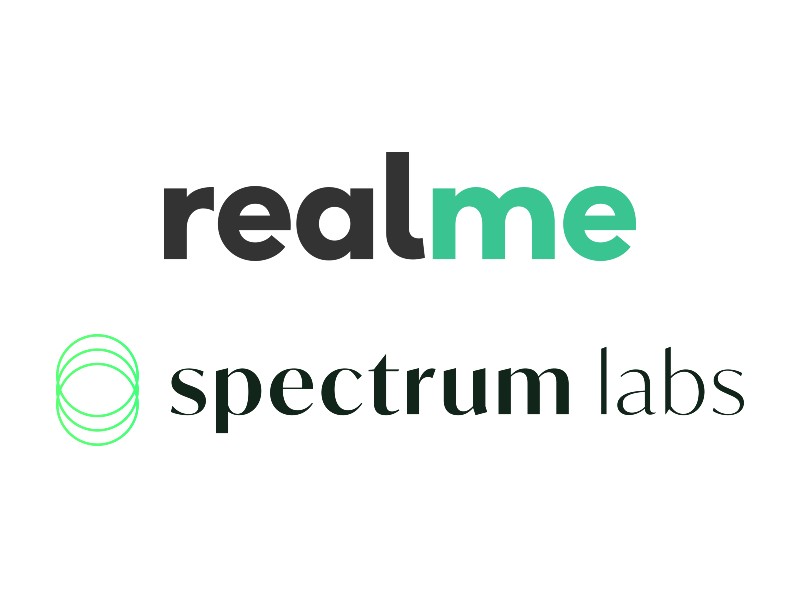 RealMe and FTI Consulting conducted a recent study to understand more about the impact of COVID-19 in online dating, and those daters who are most vulnerable to the isolation of social distancing.

They came together with Spectrum Labs to unveil the ‘New Normal’ in online dating, and what this means for the industry and daters for the foreseeable future. The session walked through their exclusive findings and answer questions in support of your brand and members.

Katherine revealed research from Google which featured a deep-dive into future shaping trends in the online dating industry and surfaced actionable steps we can all take to meet the needs of future daters.

She also shared consumer behaviours and themes that have emerged during the COVID outbreak, and how they could potentially affect the industry in the future.