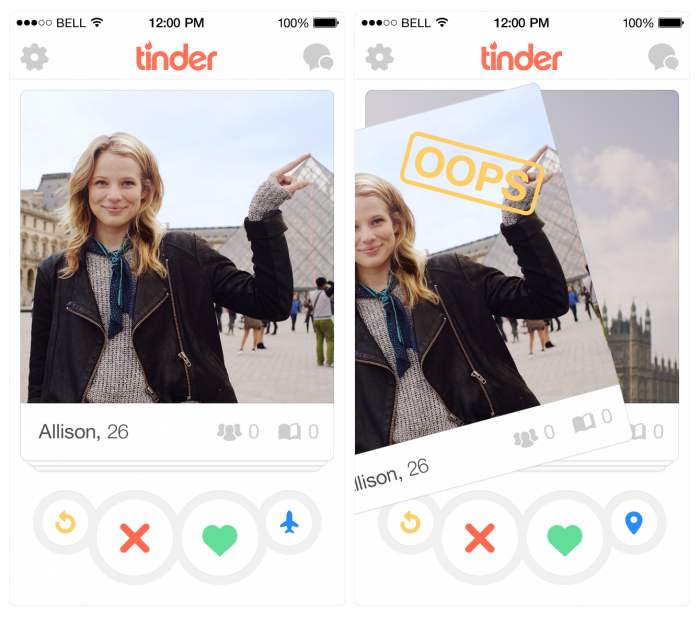 Tinder’s move to test limited swiping is part of efforts to reduce spammers and bots.

Last week, it was revealed that Tinder was testing unlimited swipes as a paid feature.

With the launch of Tinder Plus imminent, which introduces the Passport and Undo features, some users noticed they were met with a screen saying “You’re out of likes”.

These users were then asked to either wait 12 hours to get more likes, or buy a subscription for unlimited likes.

It was unclear whether this was part of a new monetisation strategy for Tinder, but as rumours starting flying, Sean Rad – who seems to still be CEO – has spoken to TechCrunch explaining its purpose.

He said: “We’ve reached a point where we’re very confident in our ability to differentiate between improper use of Tinder versus proper use, so we’re starting to introduce barriers that prevent users from behaving a certain way. This is an effort to temper bots and spam and protect our ecosystem.”

Currently called Bouncer within Tinder, the feature detects spammers and bots who are swiping incessantly, and brings up a paywall making them pay to keep swiping.

Tinder’s CEO said they believe the feature will cut down spammers, because they won’t want to pay for multiple accounts on the app.

Apparently, the feature takes into account the number of swipes, whether they are swiping left or right, and time spent looking at each profile.

Tinder’s internal algorithms will then calculate the likelihood that the profile is a spammer, and bring up the paywall screen.

Rad said the feature is only intended to block spammers, and the vast majority of Tinder users will never access the paywall.

The feature is currently being tested, ahead of next month’s scheduled release for Tinder Plus.