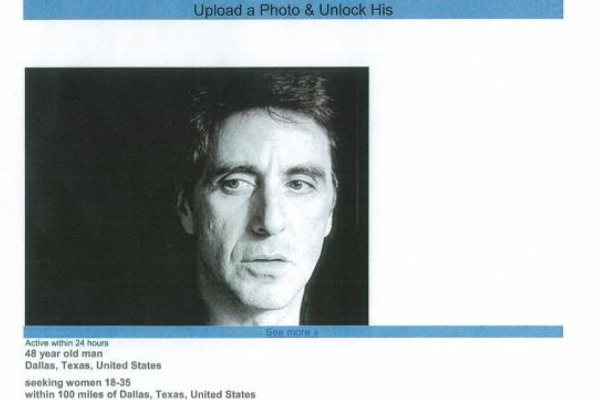 The long-running and fraught lawsuit that accused IAC dating sites of the unauthorised use of photographs in fake profiles has been dismissed.

The case was originally filed in November 2013 by Florida model Yuliana Avalos, who said her photographs had been used “hundreds if not thousands of times” on various IAC dating sites.

In the suit – which was seeking $1.5bn – her lawyer Evan Spencer called it “one of the biggest conspiracies ever executed on the internet”.

He said sites like Match.com knowingly kept fake profiles on the site to increase membership, and to entice other singles to the sites.

Harrington came third in a study by fraud detection company Scamalytics into the top 10 celebrity photos used for fake profiles.

She was joined as plaintiff by Meltech – the company who owned the copyright to her photos.

However a month after this amendment, Harrington requested her name be removed from the suit, claiming she never agreed to be part of it.

Meltech withdrew Harrington’s name and continued with the suit, saying they had “full ownership of all existing photographs of Harrington, along with several websites associated with her”.

The Nebraska-based company said IAC had violated several federal and state laws by “developing, approving and posting [Meltech’s] photographs on their web sites in fake profiles”, and collecting membership fees from those who created the profiles.

However on June 12th, the defendants filed a motion to dismiss these claims, saying that Meltech did not actually own any registered copyright to Harrington’s photographs.

Following this, the plaintiff removed the counts related to copyright infringement, and District Judge Jesse M Furman dismissed the case on the 30th October.