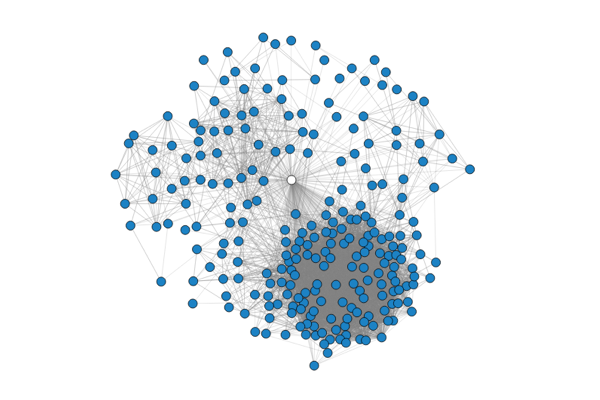 Facebook are changing their API in a way that could seriously harm many online dating apps.

The social network is shutting down the friends’ data API, which gave apps access to the data of users’ friends.

From the 30th April, all apps will have to abide by Facebook’s new set of API rules, by upgrading to Graph API v2.0.

Once fully in place, apps will no longer be able to access information about a user’s Facebook friends.

And people using a Facebook-connected app can now choose which information an app can access, and decline to offer the information it requests.

And importantly for dating apps, a user’s friend list is no longer part of the default permission set, so apps must ask if they can use it. This is obviously an important, and potentially damaging, change for dating apps, many of whom are Facebook-connected and use information about a user’s Facebook friends, including high-profile apps like Hinge and Tinder.

The decision to change the API and the access rights of friends’ data was announced last year at the F8 Conference.

This means that all apps made since April 2014 are in-line with the new rules.

Facebook have also been reaching out to the top 5,000 apps that use their service as a platform, and informing them how the API change will affect their app, according to TechCrunch.

And yesterday, the social network detailed the changes to a group of journalists, and explained why they decided to implement the new rules.

The main thrust was that Facebook users were not comfortable automatically offering up information about themselves, and their friends, for use by third-party apps.

To change this, Facebook have also introduced a new login system, so users can choose which information they share with Facebook-connected apps.

Now, the login system will give users the chance to edit the “Info You Provide”, so users of the network can tick which information they are happy to share, and which they aren’t. In addition to this new login screen, Facebook have also implemented something called Login Review.

Apps that request more than a user’s public profile, email address and friend list, must now be reviewed by Facebook before those permissions can be requested from people.

These changes have been implemented by new, and old, apps over the past year, and Facebook’s Simon Cross wrote a blog about the results they’ve seen so far.

He said the Login Review team have reviewed more than 40,000 apps, and on average apps using the new Facebook Login are requesting 50% fewer permissions than those using the previous version.

He also said the “combined effects of Graph API v2 , the new Login, and Login Review mean the overall average conversion rate of the new Login dialog is 11 percentage points higher than the previous version.”

In addition to this, “people approve commonly requested permissions such as email, user_friends and user_birthday more than 97% of the time.”

To see if your app has been automatically upgraded to v2.0, visit your app’s Dashboard, to see the oldest version of the API that your app can access.

As Cross says: “If your app hasn’t been migrated yet, you can opt in to the migration at any time by updating your app’s code to call Graph API v2.0, or by enabling the “Use Graph API v2.0 by default” switch in your app’s settings tab, under “Migrations.”

“We strongly recommend upgrading by these methods, rather than waiting for the automatic upgrade, as this gives you more control over when people start seeing changes in your app.”

While many companies will have updated their apps to comply with the new regulations, there will certainly be some who are not ready for the changes, which come into force on 30th April.

We want to hear from Facebook-connected dating apps about these API changes, how it has affected their service, whether they are ready for the change, and what it means for the future of mobile dating.