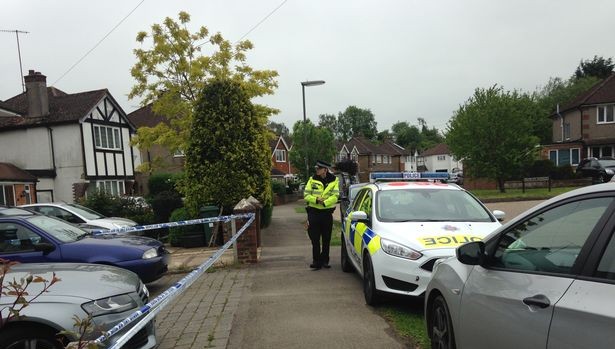 A British carpenter slit his wife’s throat during an argument over his new relationship with a woman he met online, a court was told this week.

Robert Rhodes, 43, is accused of murdering his wife Dawn Rhodes after she found out he had met someone else online, the Old Bailey heard.

Mrs Rhodes was described as “turning into The Hulk” when she confronted her husband about his new relationship, before grabbing a knife when his back was turned and hitting him over the head with it.

Her husband then managed to take the knife from his wife, slashing her throat when she “came at him”, the court heard.

Mr Rhodes then fled upstairs, where he called 999 – the police seeing Mr Rhodes “waving frantically” from an upstairs window when they arrived at the Redhill property.

His 38-year-old wife was found by police in a pool of blood, face down on the floor of the dining room with a 13cm gash across her neck.

Mr Rhodes was arrested on 2nd June and treated in hospital for an injury to the head and a gash on his hand.

Mrs Rhodes is said to have found out about Mr Rhodes’ new relationship on 31st May, just days before her death.

The husband has denied murder, saying Mrs Rhodes’ death was as a result of self defence – the case is ongoing.