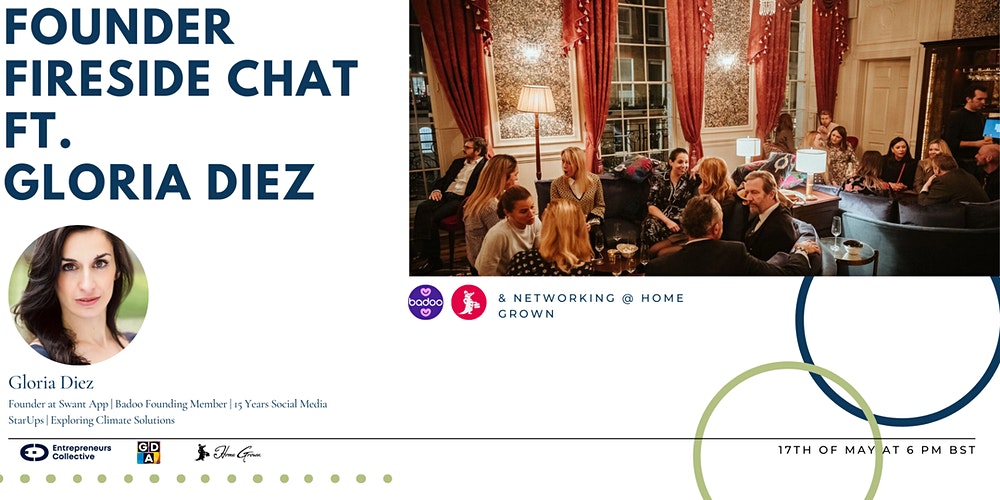 GDI was delighted to be able to host an exclusive interview with Gloria Diez, co-founder of Badoo, at the most recent Global Dating Accelerator event.

Gloria Diez hosted an exclusive event at the Home Grown Private Members Club on Tuesday, 17th May, hosted by the Global Dating Accelerator and the Entrepreneur’s Collective.

When asked about beginning in the dating industry, Gloria said: “I actually got into dating right at the beginning of the boom for the industry, and it was quite by accident and highly unexpected.

“I actually moved over to Moscow as an international marketing expert, and I met a guy who founded a website for people to meet online in Russia, called Mumba. It was working well, bringing in some money, and we had the idea of making it international.

“I was really privileged to be there because it was like the beginning of a new world, working with one of the greatest minds making it into the social startup scene.

“For me, I don’t like the term user acquisition – it feels like buying users. I prefer to think of it as a community that we build, and I think that sets our direction at Badoo of doing things right. The thing that’s always worked best for me is making sure we think of our users as humans. We’ve all been through these shared experiences, such as heartbreak, being alone, or being in relationships, so it’s about a shared experience.

The biggest tip that Gloria offered about user acquisition was showing empathy and thinking of the people who use a platform. “I remember having an app where I was dealing with sixty countries, supervising advertising across the world all at once. I remember at one point making an ad in Italy and thinking of my friend in Seattle, or maybe making an ad in Colombia and being reminded of a friend in Seville. It’s important to be empathetic and connect to your audience’s needs globally.

“I would also suggest focusing on the quality of the product. I hear a lot of people being too focused on the price they’re getting, such as the price per conversion, and especially in dating or social apps. What matters the most is what we offer our users, so we have to take care of that.”

Talking about the next big trend in the dating industry, Gloria said that she expects to see the industry continue to grow. “I think the biggest thing is that I envisage the industry will keep going. The market value is projected to be $10 billion by 2026. And yet there are still some moments that are not quite there yet.

“I also believe that one of the biggest trends that will keep growing is discussions surrounding privacy, because identity theft and online crime is continuing to rise.”

Michael Blakely, co-founder of the Global Dating Accelerator, said: “Gloria always has fabulous learnings for us. She’s been an excellent friend to me personally and somebody who I’ve worked with in the dating space for many years. I was very humbled by Gloria’s ability to explain complex situations to someone like myself when I was quite new to the industry, but also how generous she was in supporting startups whilst working at the same time for one of the biggest dating companies in the world. It was wonderful to have Gloria with us to share her story, and also to offer her advice to our audience.”