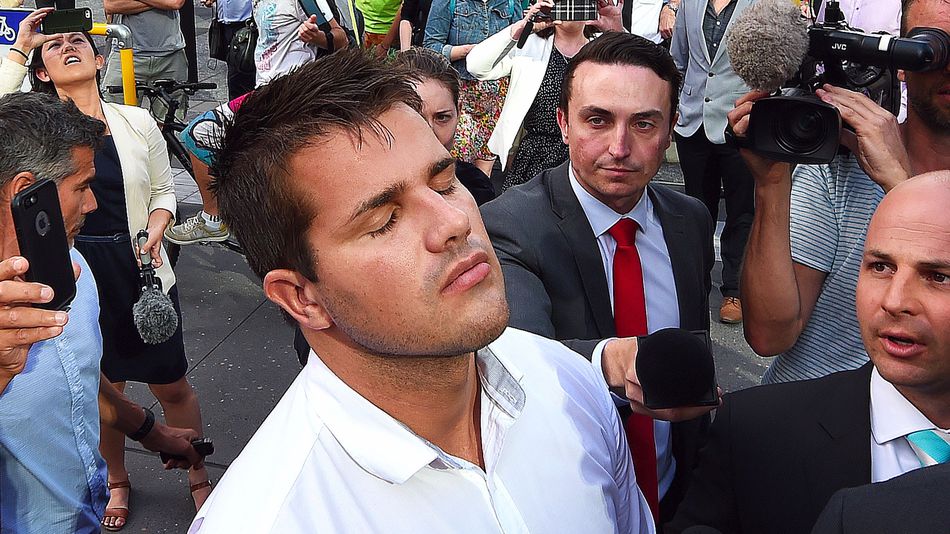 Last week Gable Tostee was found not guilty of the murder of his Tinder date Warriena Wright.

And now, the media is honing in on the finer details, revealing that Tostee had published his version of events in a post on bodybuilding.com just months after Wright fell to her death from his 14th floor balcony in 2014.

The article, which was posted under the user name “GT” was titled “Regarding the balcony tragedy” and gives Tostee’s account of the fateful evening, including his feelings about the coverage that followed.

As for the events leading up to Wright’s death, Tostee defended his actions by saying his decision to lock Wright outside on his balcony was his way of “de-escalating” the situation after she became increasingly aggressive and unpredictable.

He also sheds light on why he strangely made a 199-minute recording of the pair’s evening, writing: “I regularly made audio recordings of my drunk nights on the town in case something happened.

“It’s so easy to do using a smartphone and comes at such a small cost, and sometimes the recordings have been invaluable.”

He also chose to address the media’s comments about his movements directly after Wright fell from his Surfers Paradise apartment balcony, which included him buying a slice of pizza.

Tostee wrote: “While I was waiting to meet my Dad I bought a slice of pizza to curb my hunger and anxiety. It was the most convenient thing I could find at that hour.

“The suggestion that I casually or leisurely indulged in a meal is absolutely outrageous. I was anything but casual.

“I had to eat because I was hungry, anxious, and intoxicated, and a slice of pizza was the easiest meal I could find.”

Tostee also said: “From day one all they cared about was having a story. They don’t care about the truth or right or wrong.

“They have no respect for the dignity of the people involved. A young woman had died and they needed a villain.”

Earlier today, it was revealed that the case almost resulted in a mistrial because one of the jurors posted a series of Instagram posts in which she tagged the court and spoke about the trial.

Read more about this here.