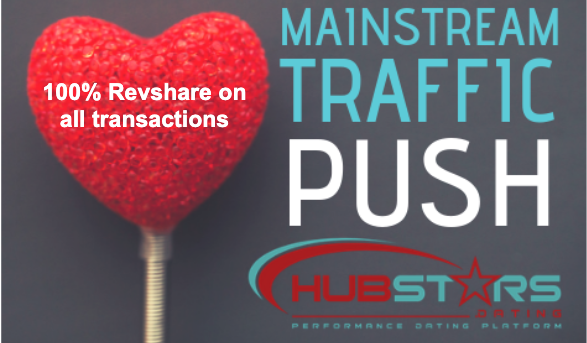 HubStars has announced that it will be offering mainstream dating partners a 100% revshare opportunity.

The move comes following a successful Q1, with March seeing over 10% growth in paying members month-on-month.

The company attributes the success to enhancements on the Premium Mainstream Dating Platform UI, which they claim have resulted in an improved experience for members.

The enhancements have had the effect of increasing activity, driving longer session times and improving member satisfaction, resulting in improved upgrade ratios.

HubStars hosted one of its biannual partner events in Dublin on 29 March, and announced there that 100% revshare was available on all UK mainstream initial and rebill payments between April and September 2019.

To further boost traction in mainstream in the UK Market, Hubstars is extending this 100% revshare offer to all partners.

In a press release, the company said: “We believe incentives like this afford opportunities for our partners to improve ROI, and for Hubstars to further increase market share in markets in a sustainable and targeted way.”

HubStars recently refreshed its mainstream niche brands for both the Jewish and Muslim communities.