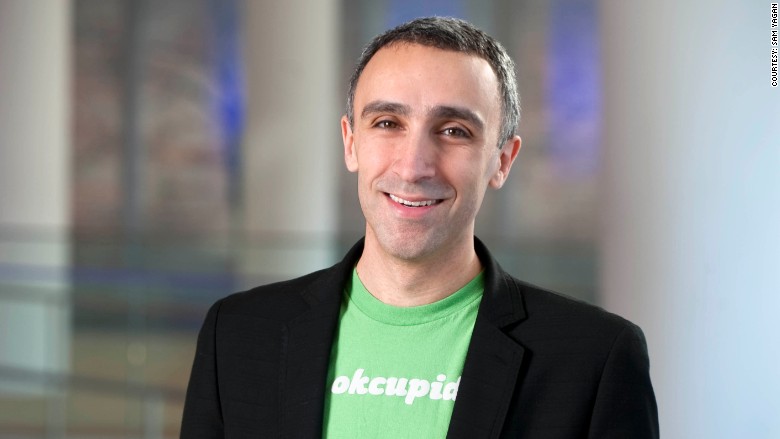 Co-founder of OKCupid and SparkNotes Sam Yagan has taken part in an episode of Business Insider’s podcast “Success! How I Did It“.

Yagan is also the Chief Executive Officer of Match, Inc.

In the podcast interview, Yagan spoke about the luckiest moments that led him to run a multi-billion dollar company.

Speaking about his parents, who are immigrants from Syria, he felt their experience gave him a great education in entrepreneurship: “That idea of being super, super comfortable with uncertainty, being super comfortable with the unknown, this idea that, just never give up, this relentlessness, were all attributes that I realize my parents have been imbuing in me, had been teaching me or demonstrating not to be an entrepreneur, but just because that’s how they lived.”

Yagan also spoke about how his college room-mates were the main inspiration behind his success. He explained: “I showed up at Harvard, and one the three luckiest moments of my life was that I got placed in a dorm with these two guys, Max [Krohn] and Chris [Coyne], who are literally the two smartest people I’ve ever met, and two of my best friends. And it was actually Chris who first had the idea for creating a website.

His room-mate Chris Coyne had the main idea behind starting OkCupid, ringing him up one night to say that they should start a dating site. He claimed: “It was really late; he was at a bar on the lower East Side, and I was, like, “OK — he’s probably going to forget about that.” And he called me the next day and said, “What do you think?” And I was, like, “Are we really going to do this?” But if you think back to the dating industry at the time, Match, eHarmony, and Yahoo were the three big places.