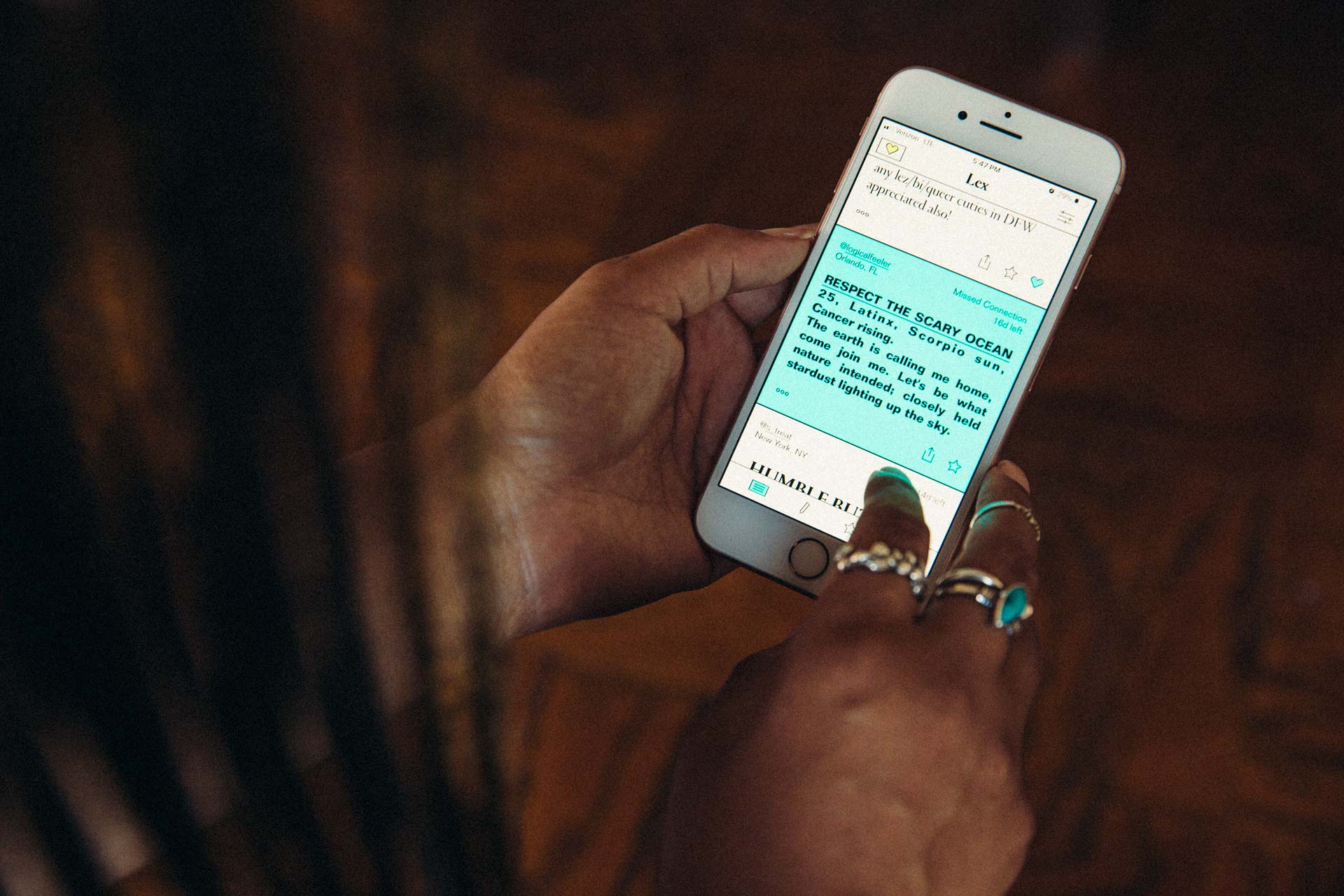 A new queer dating app borne of a popular Instagram page has been covered by several major media outlets following its recent launch.

Lex is an old-fashioned spin on modern dating technology; a text-based dating and social experience in the style of personal ads.

Founder Kelly Rakowski created the ‘Personals’ Instagram feed in 2017 as a space for queer people to find a safe, friendly and diverse community. Since its inception, more than 10,000 paid posts were uploaded.

Rakowski told The Guardian: “It’s bringing back the old-school way of reading personal ads, reading how people describe themselves, slowing down. It’s a gentler, more thoughtful way of getting to know someone.”

A Kickstarter was created to help turn ‘Personals’ into a mobile app and, after $60,000 was raised, it was rebranded to Lex and launched on the iOS and Google Play stores.

The layout of the app is very basic, with users able to scroll through the adverts and filter them based on their age and location. There is the option to tag an Instagram handle to the posts, but Lex says it is mainly a platform to get to know someone “through their words” instead of “just looking at some selfie”.

Lex’s target audience is everyone of every sexuality and gender, except from cisgendered, heterosexual men. However, Rakowski said they had to be careful not to get into trouble with any discriminatory laws.

The founder told Vogue: “The app isn’t for cis, straight men, but we can’t explicitly say that, so I had a lawyer look at the app’s text to make sure we weren’t going to be sued by men’s rights groups.”