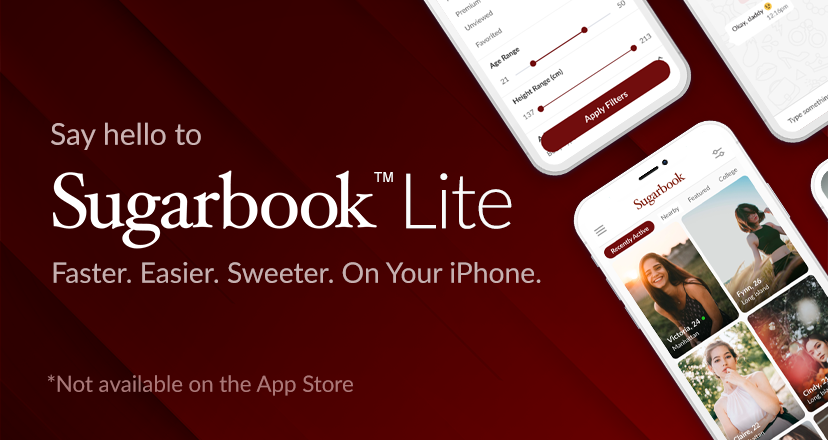 Controversial sugar dating website Sugarbook has launched an app version of its product so the service can be accessed from users’ iPhones.

‘Sugarbook Lite’ is a web-based app that can only be downloaded from the company’s mobile web address. This means it doesn’t take up as much storage space, but users can’t receive push notifications.

It’s likely that the app was rejected by Apple’s iOS Store due to concerns about FOSTA-SESTA regulations. Sugarbook continues to face backlash from people who claim it facilitates prostitution.

CEO Darren Chan insists that the company takes every possible measure to ensure the safety of its members and doesn’t actively encourage them to exchange money in return for sexual activity.

Speaking about the app launch, Chan expressed in a LinkedIn post: “[The app is] a big step forward to addressing the needs of iPhone users. It takes less space on your iPhone, making it faster, more efficient, and more effective as compared to the mobile version.”

Sugarbook launched an app on the Google Play Store in August 2019 which has recently seen an increase in popularity. Last week it was the 3rd highest grossing ‘Lifestyle’ app in Malaysia and the 15th highest grossing app overall in Singapore.

Earlier this year, Sugarbook explained that it believes it’s growing user base in Singapore is due to the country’s rising tuition fees, as students look to generate extra income.