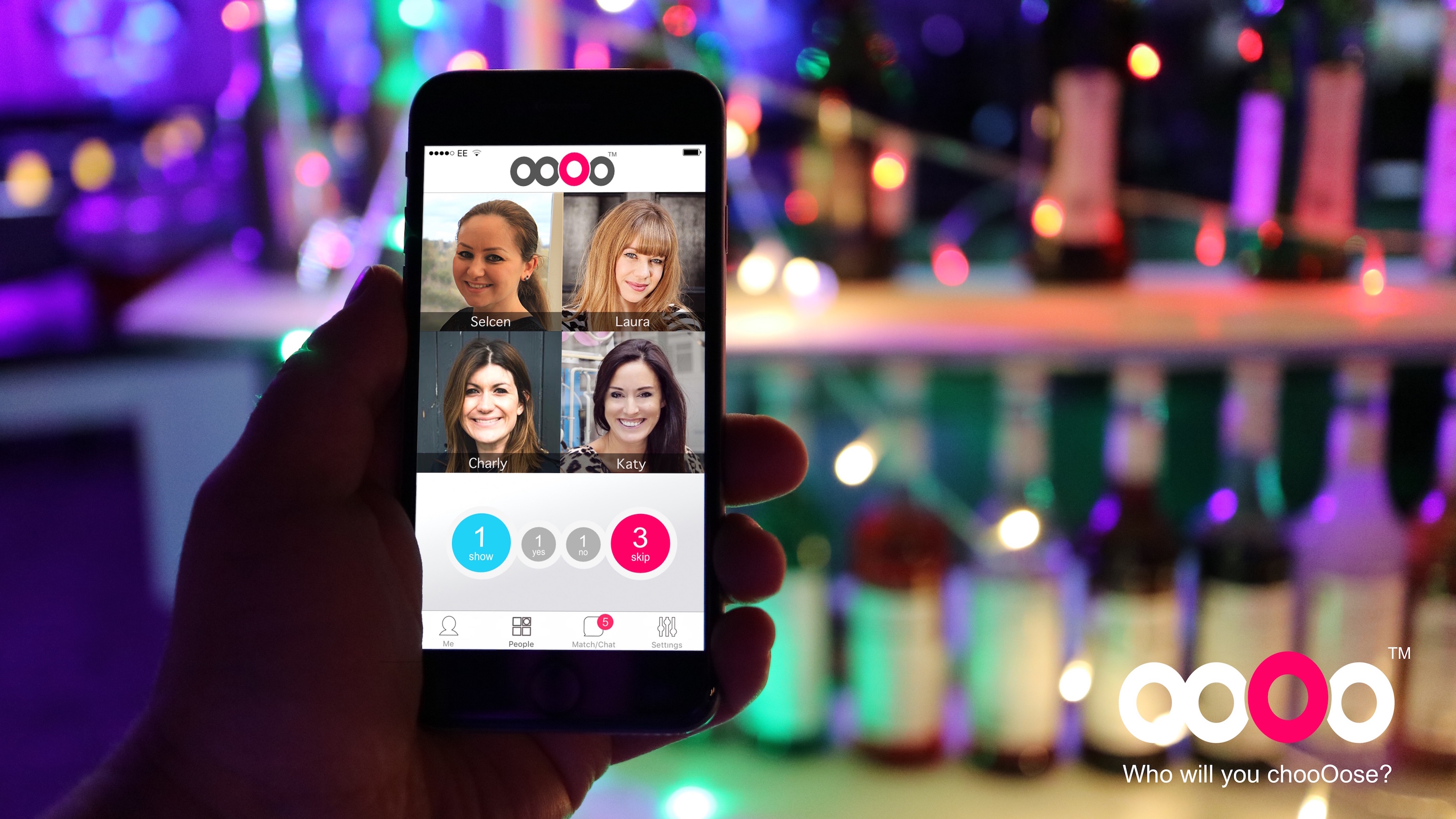 With funding for dating startups tough to come by, and the deep pockets of backers proving instrumental to the success of recent mobile hits, a British entrepreneur wants to prove you can create a quality & inventive bootstrapped product with the launch of his new dating app.

Seven months ago, the entrepreneur set out to build an app that wasn’t just another Tinder clone, but a product that offers singles something new, while also drawing on the gamification aspects that have served today’s mobile successes so well.

The result is ooOoâ„¢, a location-based dating app for iOS released on 12th July.

After you download the app, you are shown four potential matches in a grid and are asked to choose one.

This process repeats itself, the app showing you more sets of singles who fit your chosen preferences on age, gender and distance.

Every time you pick someone from the four options, it’s the same as a swipe right on Tinder, because if that person also picked you, then you are both connected and can chat in the app. Minns said he decided on this matching system because he wanted users to really think about who they chose – making it more engaging by adding an element of thought to the process.

In addition to this, the CEO also said the system “removes some of the issues with swiping where people either swipe right to everyone or only choose the supermodel types”, meaning singles on ooOoâ„¢ may connect with people they otherwise would have ignored on a swipe-based app like Tinder.

And as a extra ego boost – something that is key to Tinder’s popularity – users of ooOoâ„¢ also know they were chosen as a favourite, rather than just being one of many right swipes.

Added to this basic matching framework is the fact that on every screen, the app tells you how many people chose you and how many didn’t, without revealing who.

Singles also get two “special options” on each grid of four – a Show tool that lets you see who said yes, and a Skip option that lets you avoid picking anyone on that round.

And these special powers are limited – you only get one Show and three Skips every 24 hours.

When we asked ooOoâ„¢ creator David Minns why he decided to build a different type of matching system, he said: “Tinder is the app that shook up the industry, it made dating something that needed just a few minutes per visit rather than hours of searching and messaging. It’s only natural for others to try and copy their success.

“To stand out in the incredibly crowded market I felt something different had to be created. If I created another Tinder clone then why would anyone use my version over the original? Others have made niche versions of Tinder, but I don’t see the point in limiting your marketplace to a sub set. Mainstream and different makes business sense to me.”

And as well as its fresh take on gamified dating, ooOoâ„¢ also has some interesting back end capabilities with regards to its offline use.

ooOoâ„¢ works with both very poor connections and no connection at all, grabbing your potential matches when it has an internet signal, enabling users to choose people and reply to existing matches when offline, then syncing the data when you next get a connection.

Minns built the app without any investment or funding, and with no previous experience developing apps before starting the project last year.

He learnt to code for iOS from one book, several hours of YouTube videos and advice from peers via developer forums.

The entire project took him seven months in total, with Minns responsible for every part of the product including the coding, back end server systems, website and graphic design.

The Chester-based entrepreneur also runs Platform Dating, a platform that operates a number of online dating brands, with a total userbase of over 1m users and 2,200 new users signing up every day.

For the rest of the year, Minns plans to cross promote ooOoâ„¢ to the 1m members of Platform Dating, as well as building an Android version of the gamified dating app in the second half of 2016.

In terms of a monetisation strategy for ooOoâ„¢, its founder said brands could potentially show four items or products, rather than people, in the grid and collect data on which was the most popular with users of a certain demographic.

The app could also offer users more Skip and Show credits, as well as a multi-select option, and even the ability to show everyone who said Yes to you on the app.

Speaking about his hopes for the dating app, Minns said: “I would never be as bold to say that it will rival the likes of Tinder. I want to focus on quality, speed and user engagement. Being the developer and the owner of the business makes me focus more on usability than most.

“When the owner has a vision but the developer is a third party, it’s just another project with a looming deadline and limited budget. I think I can outperform the big players in some areas as I truly care about every line of code and that the product is the best it can be.”

ooOoâ„¢ is available on iOS in the UK, Ireland, US, Canada, Australia, New Zealand, South Africa and India – check it out here.