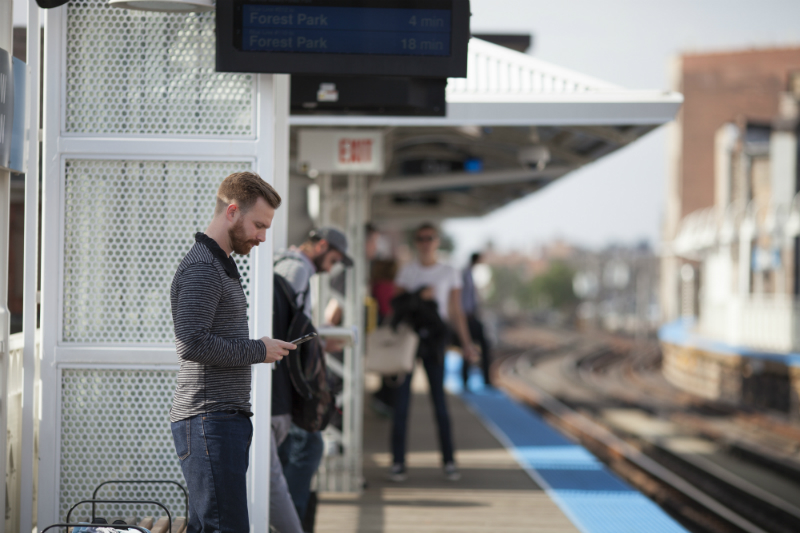 My Mail app for my iPhone!  First read through is to make sure members who have questions receive answers quickly. Second read through is for internal items such as how our new app is coming along or any marketing ideas that struck us in the middle of the night. Doing this gets me a quick pulse on where we are and what needs to happen to start the day. Then I check my fantasy basketball app to see which players are playing that day. I’m a total nerd for NBA.

I love this question! This is one of my favorite things to read about other people.

1. Wake up and exercise (just bought a weighted vest to run in and it’s kicking my tail).

2. Eat my breakfast smoothie and read emails while seeing how my Detroit teams (Pistons, Red Wings, Lions) are doing. Also try to read the bible for 15 minutes every morning.

3. Work through emails and begin on any ExcelEdge items on the docket.

4. Around lunch time I take my dog for a long walk to stretch my legs as well. Brewser, a 23 lb. rescued terrier pup, is quite possibly the most affectionate dog I’ve ever seen. We walk the neighborhood and say hello to all the people along the way.

5. Patrick (Rafferty, LFG co-founder) and I also try to connect each day around lunch. We talk about web dev and what we’re both working on. We talk strategy mostly. We’re lucky – we actually grew up together and played on the same high school basketball team back in 1999 – 2000. Fun fact – my father was our basketball coach too.

6. Late mornings through the evening I talk with schools and parents for ExcelEdge. I also work on our critical business functions then as well such as registration, planning curriculum and preparing our staff for our spring programs.

7. At some point in the afternoon I take Brewser for another walk – poor guy doesn’t have a back yard because we live downtown in Chicago.

8. Then when my wife gets home from work (she works for The Tie Bar), she makes a delicious dinner (she’s an amazing chef!) and we catch up on the day.

9. Our night ends with a glass of scotch for me and a glass of wine for her. Of course, we’re both checking work emails at 9:00pm.

10. Once Melissa is in bed for the night, I typically use the twilight hours of 10pm. until midnight or 1am responding to members, building marketing campaigns and working with our PR firm. Hopefully, if all gets  done in time, I have the opportunity to write for our blog.

11. Then it’s bedtime, wash, rinse, repeat for the next day!

I don’t know how we’d pull off being nearly as effective and efficient at LFGdating without the Slack app. It’s amazing. I’m a Reddit lurker, so naturally I’m on that app 10 times a day too. I have the NBA app open most nights so I can watch NBA League Pass. I love that app. Google Analytics app also gets a lot of love – I’m watching our site all day long. And I have to mention the GLSnext app. I attend the Global Leadership Summit every year at Willow Creek Community Church in South Barrington, IL, and this app helps keep me up to date with my own leadership training. If I’m not doing what I can to become a better leader and stronger worker for those around me, then I’m not working hard enough. This app has a bunch of short videos and resources for all types of leadership training.

I’m sure Mark Zuckerberg is a popular answer, but he’s a popular answer for a reason. The man took an idea and created an entire ecosystem. He led the social media movement and mainstreamed a collective conscious. When Patrick and I started LFGdating, we knew we needed to have his level of passion. He’s modest, he’s generous, and he’s utterly brilliant. I think problem solving, in general, has a lot to do with how you frame the problem. Reading about how Zuckerberg framed the problems of Facebook in the early years is like listening to early Rolling Stones music. He was setting the stage for something so world-changing and he wasn’t even trying to do it. He was just trying to solve the problems right in front of him. Genius-ly simply, yet with a vision that was never seen before.

I love Inception. Christopher Nolan is a mastermind. The writing is excellent – the plot is amazing – but the tenor of the film is just mind-bending. One of the greatest catharsis I’ve seen in a film in my life.

Also, the most recent show that blew my mind was Stranger Things on Netflix. That show is everything that is right about Netflix. I’ve probably played Stranger Things at least three times in the background while I’m working. The theme music too! It’s incredible!

What was the last great thing you read?

I’m currently reading Wizard and Glass, book four of the Gunslinger series by Stephen King. But I think the last great series before this one was The Magicians trilogy by Lev Grossman. Quentin Coldwater, the protagonist, is written about so realistically and plausibly. He can cast magic, but he has an inferiority complex that could have rivaled me back in high school.

For my own development, though, I recently read Emotional Intelligence by Travis Bradberry. I met him while at this year’s Global Leadership Summit. I think self-awareness is one of the most underrated skills in people.

What are you listening to at the moment? (Music/podcasts)

Another great question I love reading about! I can’t get enough TANIS and The Black Tapes podcasts. I can’t wait for those two to launch season three. I listen to The Ringer’s cluster of podcasts as well. Bill Simmons is one of the most down-to-earth celebs and I think his show Any Given Wednesday is one of the best on TV right now.

For music, the new Head and the Heart album, Signs of Light, is playing nonstop in our house. I can’t get enough. I met the band when they toured in Chicago back in 2010, and they were just super cool people. Not pretentious or uppity at all. The whole band was just chill – what a great conversation we had.

Where do you go for your news?

Google News is the best in my opinion. It has its flaws, but it’s the most comprehensive feed I’ve found. Chicago Tribune for local too. If I want outsider political views, I’ll go to BBC.

Outside of dating, which brand do you admire most?

Bill Simmon’s new venture, The Ringer. I love everything about this site and their podcasts. They fuze sports and culture meaningfully, and they’re unapologetic about what they’re trying to accomplish. I read their work and I listen to them almost every day.

I’m not on Twitter as much as I’d like to be, but I check out @CaptJeanLPicard regularly. I don’t know why. I love Start Trek The Next Generation. Given today’s political climate, I probably should have a more serious answer to this, but I don’t.

When working on anything – I always ask myself – how is what I am doing now going to help out who will work on this next? I always try to keep the other people who work with me in the forefront of my mind. It helps the workflow go more smoothly, and it lets others know that I am thinking of them. I think that’s important. People aren’t told enough that they’re important.

Best advice you have received OR favourite quote.

I don’t think it was meant as advice, but a song lyric has always stuck in my head. Elizabeth Fraser from the Cocteau Twins has a lyric in the song Half-Gifts. “I just have to know how to be in the process of creating things in a better way.” The song itself is very sombre, but the lyric is exquisite. This is what Pat and I are trying to do at LFGdating. We’re trying to create a better platform for people to meet. People who love to game. We tell our members daily that we’re always working on the site, and that we’re always working to make them happy. If we can do those two things every day, LFGdating has the chance to be something truly special.